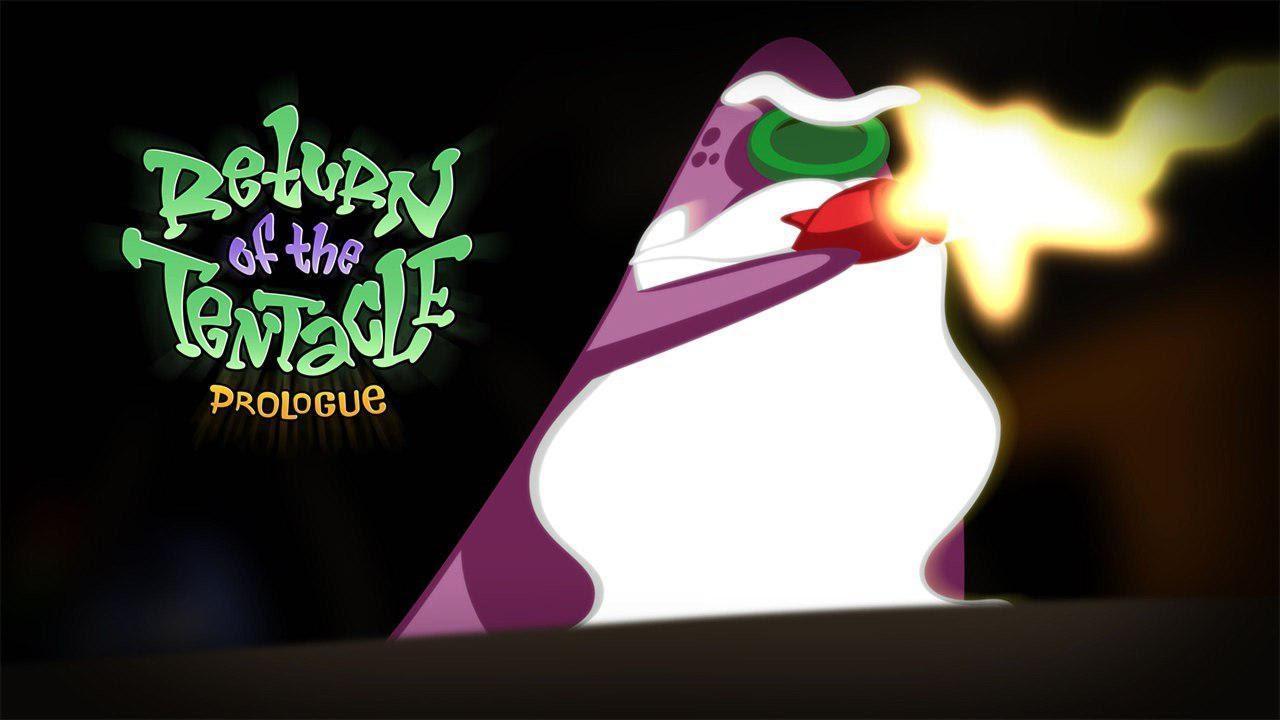 "Return of the Tentacle - Prologue" is a fan project and the unofficial sequel to the iconic adventure game "Day of the Tentacle". Purple Tentacle is back and tries to conquer the world and enslave humanity once more. The three friends Bernard, Laverne and Hoagie make their way back to the mansion of the mad scientist Dr. Fred – time travel should help saving the world.

Hunt down megalomaniacal Tentacles, have bizarre conversations and solve crazy puzzles. Bernard, Hoagie and Laverne roam hand-drawn locations filled with elaborately animated characters and atmospheric music and sounds. We have done everything possible in order to capture the atmosphere and the humor of the old classic and carry it into the 21st Century.

Control the characters just like in the good old 2D adventure game era with your mouse. A modern interface awaits! Apart from familiar faces of the original game, you will also encounter guest appearances from characters that belong in other games.

It's always nice to see how much people enjoy games, to create something like this. It will be interesting to see what Double Fine think about it. If there's no issue, it's possible they may continue it since it's only a Prologue which suggests more may be to come.

It even has its own original soundtrack you can download for free as well.

Find it on itch.io. As a reminder, itch.io have a lovely open source client to help you download and keep your games up to date.

As a reminder, you can also grab Day of the Tentacle Remastered since it has a Linux version from Humble Store, GOG and Steam.

We do often include affiliate links to earn us some pennies. We are currently affiliated with GOG and Humble Store. See more here.
About the author - Liam Dawe
I am the owner of GamingOnLinux. After discovering Linux back in the days of Mandrake in 2003, I constantly came back to check on the progress of Linux until Ubuntu appeared on the scene and it helped me to really love it. You can reach me easily by emailing GamingOnLinux directly.
See more from me
Some you may have missed, popular articles from the last month:
The comments on this article are closed.
4 comments
x_wing 25 Jul, 2018

View PC info
The game really use almost all the resources of the original game (or should I call it "the prequel"?). The story it's kinda "meh", but the devs made a really nice work with graphics and sound.
0 Likes
runningnak3d 26 Jul, 2018
I downloaded it, and played it (yea, it is really short, but still fun). It inspired me to grab the remastered Day of the Tentacle, and replay it for old times sake.

I was really disappointed when I realized that these guys took most of the assets from the remastered version.

Yea, they had to come up with a script and do the voice work, but to take so much and give no credit made me regret playing it.

Quoting: x_wingThe game really use almost all the resources of the original game

Does Unity make it easy to extract resources or something?

Quoting: x_wingThe story it's kinda "meh", but the devs made a really nice work with graphics and sound.

Quoting: x_wingThe game really use almost all the resources of the original game

Does Unity make it easy to extract resources or something?


No idea. I will compare files tonight and see if a see any "common" resource between both.
0 Likes
While you're here, please consider supporting GamingOnLinux on: