This post-apocalyptic WAD both oozes with style and is technically impressive. It’s been a few years of development but you can finally try out episode one. 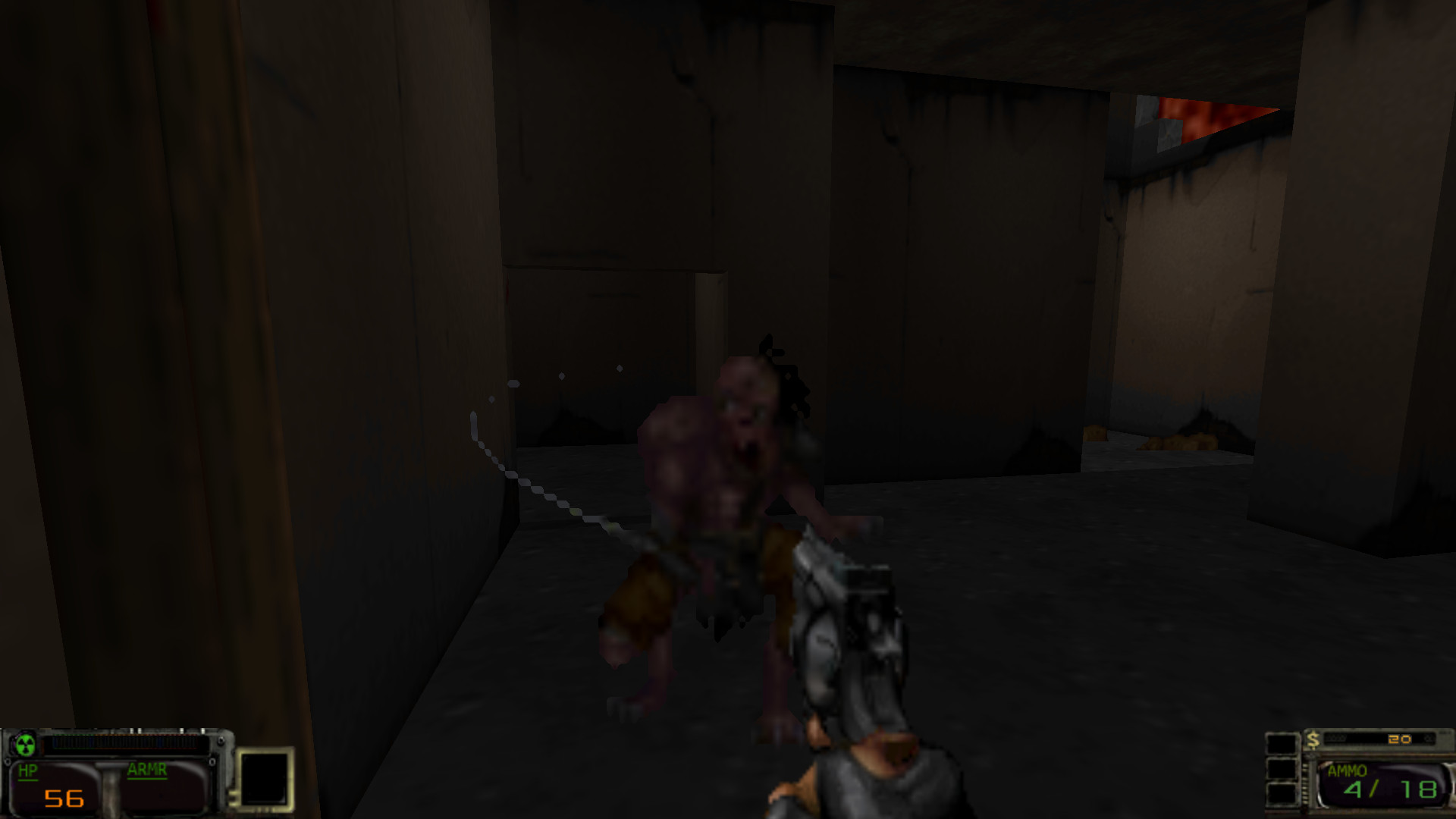 Placing you in control of a scavenger in a world that was transformed by a massive war, Ashes 2063 plays homage to all of those films and games that you might already be envisioning in your mind. I played a brief amount and I was blown away by how massive the changes are. Mind you, I don’t really follow the very active Doom modding community, but still I think it’s worth pointing out what the mod has accomplished.

Graphics and sounds are the obvious bits and are really good and feel appropriate for the action on-screen. Weapons and enemies are also fabulous and feel setting-appropriate and useful. That said, it’s the other things in the game that really impressed me. There’s destructible walls/terrain, jumping and multiple height levels, friendly NPCs that can be traded with, interesting level design and you can even ride around on a motorcycle. Sure, other mods have exploited these and other elements before but they've been mixed here to great effect. The feature set actually reminds me of the (slightly) more modern Build engine that powered Duke Nukem 3D.

The release of the first episode is meant to gather feedback ahead of future development. Plans for the second episode are ambitious, as well, with it being planned to include more content than the original Doom. I’ll certainly look forward to seeing how their efforts turn out.

To run Ashes 2063 you’ll need the original Doom II WAD and GZDoom (though I’m sure it may work on other Doom engine ports). You can get the mod from this thread in the ZDoom forum.

Then it’s just a matter of adding the following to the GZDoom command:

Oh. So it's not about England's androids beating Australia at ultracricket with their new laser-guided spin-bowling mode, then?

Seems pretty cool. I am starting to think this "Doom" style will further establish itself as an distinct game graphic style, similar to how there are still 2D "pixel" game being made today.

Not sure how to play that.

I did have gzdoom with Freedom Phase 1 and Freedom Phase 2 installed on my PC.
I open the directory, and copy/paste the files, so it's like this :

When i launch gzdoom, a small launcher asks me if i want Freedom1 or Freedom2, then i'm ingame.

and the launcher only asks about Freedom 1 and Freedom 2.

View PC info
Not being used to gzdoom (I prefer Doomsday Engine, but this mod isn't fully compatible), I also struggled a bit. I got it to work this way:

Then open terminal and go to the directory where you have extracted the Ashes2063 files and launch this:

Not very user friendly but works. Maybe someone could share a working .desktop file?

Edit: this is on Solus Linux with gzdoom 3.5.1. installed through the package manager.

Quoting: TcheyWhat did i miss ?

View PC info
Thanks... Hm, i still don't get it... I should read some official help or find something so i can understand...

All i manage to get, is to have the launcher with Freedom1 or Freedom2, but not the Ashes game.

(edit : alright, it works now, the issue was my side, located somewhere in my brain).

View PC info
Do you know if you need to register on the ZDoom forum in order to be able to download the Mod from there? (Quite tired of all the various sites that insist on registering, before releasing content. I mean, it's not as if they don't have my user agent, OS, ip address.)

If you don't have to register - great - but the Mod is "well hidden".
0 Likes

View PC info
No, you don't need to register. Don't you see that big inscription "GO HERE FOR DOWNLOADS" on the mod's page?
1 Likes, Who?

Quoting: ageresNo, you don't need to register. Don't you see that big inscription "GO HERE FOR DOWNLOADS" on the mod's page?

Thanks. Sorted now.
0 Likes
1/2»
While you're here, please consider supporting GamingOnLinux on: