Planetary Annihilation removed from sale to focus on TITANS, new test build on the way 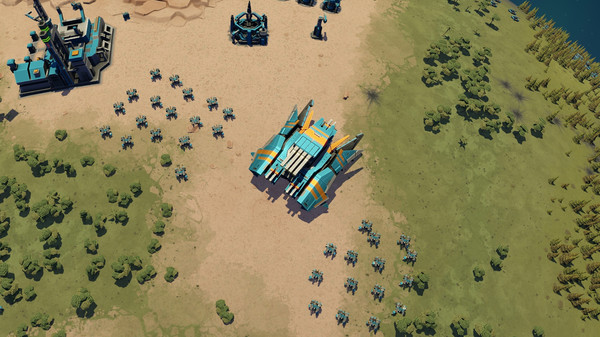 In my original post talking about this change and how PA is essentially being revived, I mentioned how having two seperate games was fracturing the community so I'm pretty pleased to see them make a step to address this. Planetary Annihilation is no longer for sale on Steam, with only new players now seeing Planetary Annihilation: TITANS and the upgrade to TITANS will stay as a permanent 90% discount.

Later this month, they're planning a new PTE (Public Test Environment) build which is essentially an opt-in beta for people to test features. See their announcement here.

Really exciting to see the game get a renewed focus. Hopefully they can push it forwards to revive the playerbase, if done right they could really make something of it again. I like everything they've talked about so far, including their recent update on getting more multithreading in.

If you don't own it, Planetary Annihilation: TITANS is actually 80% off on Humble Store right now.

Quoting: lucifertdarkI thought they removed it from sale back when they first released TITANS?

They kinda messed it all up, but I'm glad they finally done it properly. What they're doing now, is what they should have done from the beginning.

Due to *outrage*, they made it re-available. But this outrage was never based in reality and so I'm glad to see it removed once again.

Quoting: WYWI own Titans and half the time have the Titans DLC turned off to change up the gameplay.

It should be noted that the expantion never needs to be disabled to play with the original game users. Only to host lobbies without the expantion changes (joining others has always ben seemless).

Quoting: wojtek88The problem is that it isn't running well on my rig and I doubt today for me it is worth to pay even 10 percent of original price.

Indeed there's no point getting the expantion if you can't run the base game. What graphics card and drivers are you using? I can run it fine on Nvida and Intel, have no AMD hardware to test on myself.

Quoting: wojtek88And I believe this 90 percent discount will vanish and when I upgrade hardware, I will be forced to pay whole price.

Just as with the 66% they had always had on it before, they have said this upgrade discount is permanent.
0 Likes

N30N 7 Sep, 2018
View PC info
Also if you're looking for games or how to get good you should join the PA Community Discord ;)
0 Likes
«2/2
While you're here, please consider supporting GamingOnLinux on: