Another one?! Yes! Feral Interactive have begun teasing us once again with a new upcoming Linux and Mac port.

On their famous port radar, one they jokingly claim has a mind of it's own, is this new clue for Linux and Mac: 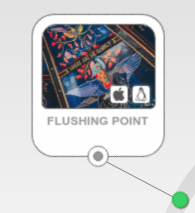 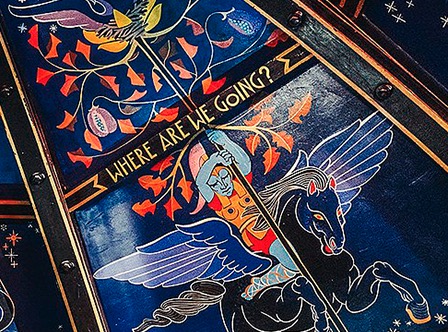 They only just recently released Total War: WARHAMMER II, with Life is Strange 2 and Total War: THREE KINGDOMS and Shadow of the Tomb Raider all confirmed to be coming.

I know some of you groan about the teasers, but they're a good bit of fun in my book. They've seemingly started announcing titles quite a bit sooner than before too which is great.

What do you think it will be this time? So many announcements lately, this is fantastic to see. If it's HITMAN 2 or something more open-world, I'm completely sold. Shutup and take my money.

Ps. Apologies to any copyright holders on the image, couldn't find where it's from. Do get in touch if you're unhappy with us including it here…

Article taken from GamingOnLinux.com.
Tags: Feral Interactive, Teaser
30 Likes, Who?
We do often include affiliate links to earn us some pennies. We are currently affiliated with GOG, Humble Store and Paradox Interactive. See more here.
About the author - Liam Dawe

I am the owner of GamingOnLinux. After discovering Linux back in the days of Mandrake in 2003, I constantly came back to check on the progress of Linux until Ubuntu appeared on the scene and it helped me to really love it. You can reach me easily by emailing GamingOnLinux directly.
See more from me
Some you may have missed, popular articles from the last month:
The comments on this article are closed.
105 comments
Page: 1/11»

View PC info
wat
Feral y u tease us this much?
2 Likes, Who?

View PC info
haha! what was the joke... ok I remember

Horseman of the Apocalypse?
Darksiders?
3 Likes, Who?

"A flavour of Alasdair Gray http://alasdairgray.info/images/Paintings/paintings9.htm"

No, but seriously, the rider is obviously a valkyrie, so Valkyria Chronicles 4. Made by Sega, so the possibility is strong.