Valve's new digital card game Artifact is go for launch on November 28th. They've now put up the official website with some more details as well as confirming their Linux plans.

If there was any doubt in your mind about Linux support, I spoke to Valve today about the release just to make sure. They said this in reply to my question about same-day Linux support "Yes. Confirmed for Windows, Linux and Mac.". We've had confirmation previously, but it's always good to see it hasn't changed so close to release.

As for the game itself, Valve are ramping up their advertising now with the first in a series of videos with Richard Garfield creator of Magic: The Gathering. The first can be viewed below (accompanying blog post here): 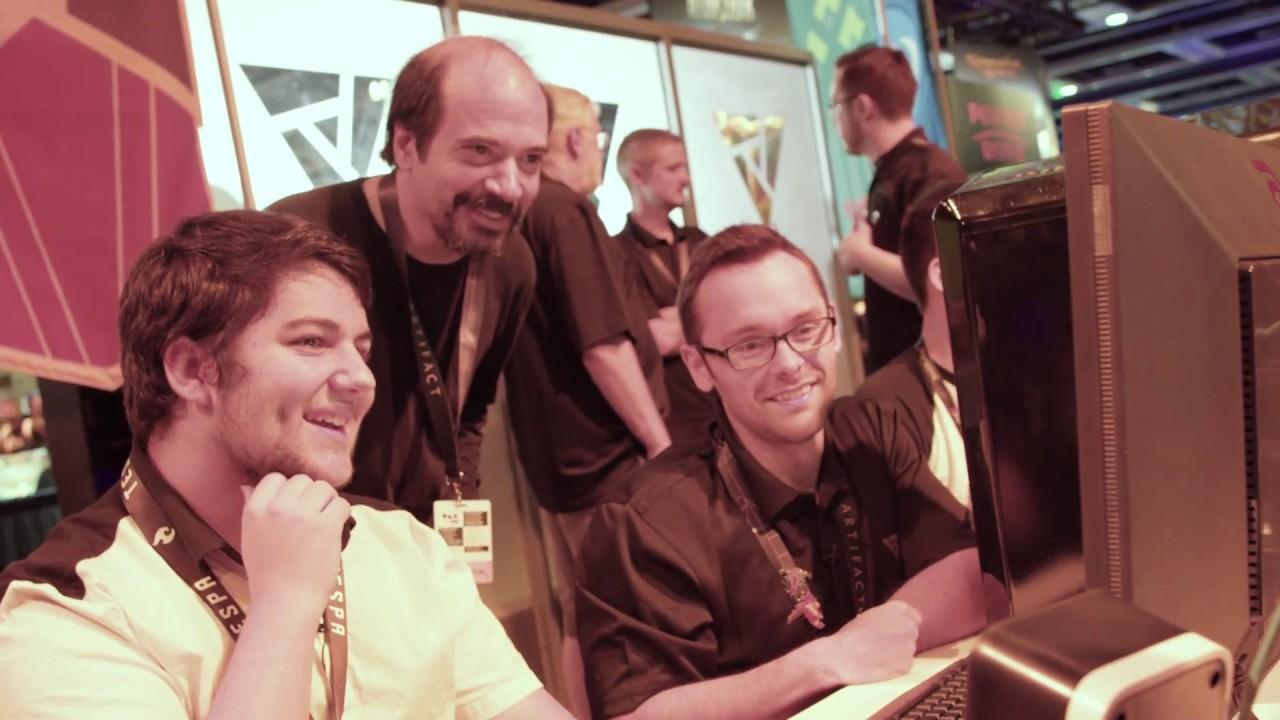 What's quite interesting, is that it will have a built-in tournament feature. Valve say that Artifact will offer "complete control in creating a tournament", so we might have to run a few of our own if there's enough interest from readers.

I still can't quite get my head around it having multiple lanes like Dota 2, it seems like something that will keep you on your toes for sure. I have no doubt it will be massively popular! I'm excited to try it myself, as it looks really good! Will you be checking it out?

Article taken from GamingOnLinux.com.
Tags: Card Game, Steam, Strategy, Upcoming, Valve
19 Likes, Who?
We do often include affiliate links to earn us some pennies. We are currently affiliated with GOG, Humble Store and Paradox Interactive. See more here.
About the author - Liam Dawe

I am the owner of GamingOnLinux. After discovering Linux back in the days of Mandrake in 2003, I constantly came back to check on the progress of Linux until Ubuntu appeared on the scene and it helped me to really love it. You can reach me easily by emailing GamingOnLinux directly.
See more from me
Some you may have missed, popular articles from the last month:
The comments on this article are closed.
30 comments
Page: «2/3»

Quoting: KimyrielleThey should have delayed the Windows version by half a year. I guess that would have doubled our market share right there. :D

Funny idea, but I'm very happy Valve does not really use such leverage methods to enforce Linux usage.
0 Likes

Quoting: KimyrielleThey should have delayed the Windows version by half a year. I guess that would have doubled our market share right there. :D

As I have said before, my opinion is that they should give a free version only for linux that you can get for a limited time of a couple of months for example. Whoever gets this can play the game for free but only on linux. If he wants to play on windows/mac or does not get that in the limited time of the offer he has then to buy the game. What do you think of that idea? If I were Valve I would do that to help linux market share, not the exclusivity thing.

Perhaps they can make a version in the store that is just for Linux, without Steam Play (such as what the Arma 3 developers suggested - except that they meant for a paid version to be that way) (in the cross-platform sense, not Proton sense) that would be the exact same as the one with Steam Play (again, in the aforementioned sense), except that it would only work in Linux, overriding trickery like going into Linux to get the game for free, and then playing it on Windows, while avoiding any such limitations to paying users. Those who purchase it (regardless of which OS they purchase it from) would have it with Steam Play (yet again, in the aforementioned sense) working across any OS they feel like using, at any given time. I think this would be far more effective as a strategy with Half-Life 3, though. ;)

Quoting: sudoshredCan't wait for this game. Sign me up for any GOL tournaments. :-D

View PC info
For some reason I wish they went for more of a "wacky" style and had cards from various popular Steam games. Imagine some Dota2 characters fighting a CS Swat team.
Maybe even just transforming the existing steam collectible cards into playables, so you'd have to decide if you want to keep them to play with or use them to craft a badge.
1 Likes, Who?

pb 2 Nov, 2018
They should include in the announcements: "Available Nov 28 for Linux and that two other systems we still support"
1 Likes, Who?

View PC info
Count me up. I think its the first time in very long that I will purchase a game at release.
0 Likes

Quoting: GuestGame seems like crap (although I say that about pretty much all MTG ripoffs that have less depth than MTG)

You call it an mtg rip-off but it's made by Richard Garfield himself...
1 Likes, Who?

View PC info
When you guys mentioned multiple lanes, I first thought of Solforge, a card game that I have played quite a few hours and used to really like. The lanes in Artifact look pretty different, which is good for variety's sake.

I will mostly likely buy Artifact on release day. $20 is a good deal even if it turns out to be mediocre.

I wonder what add-ons will be like. Certainly, they aren't going to sell booster packs.
0 Likes
«2/3»