CHKN, the weirdest open-world sandbox game where you create creatures has a huge new release

CHKN is hard to describe, it's a really odd open-world sandbox adventure game where you create your own creatures.

It's in Early Access, so it's not a finished game. Even so, it's pretty amusing. Amusing enough for me to jump into here and there and for my son to love it rather a lot. Honestly, I'm finding it difficult to express into words just how weird and wonderful CHKN is.

This huge update has a re-built creature creator, enabling you to create the creature of your dreams. The island has also been revamped and it looks much better graphically than before, big improvements to the crafting system, an improved player model, new armour options and loads more. I have to say, it feels like a vastly improved experience.

Have a look at their recent video showing off the new version: 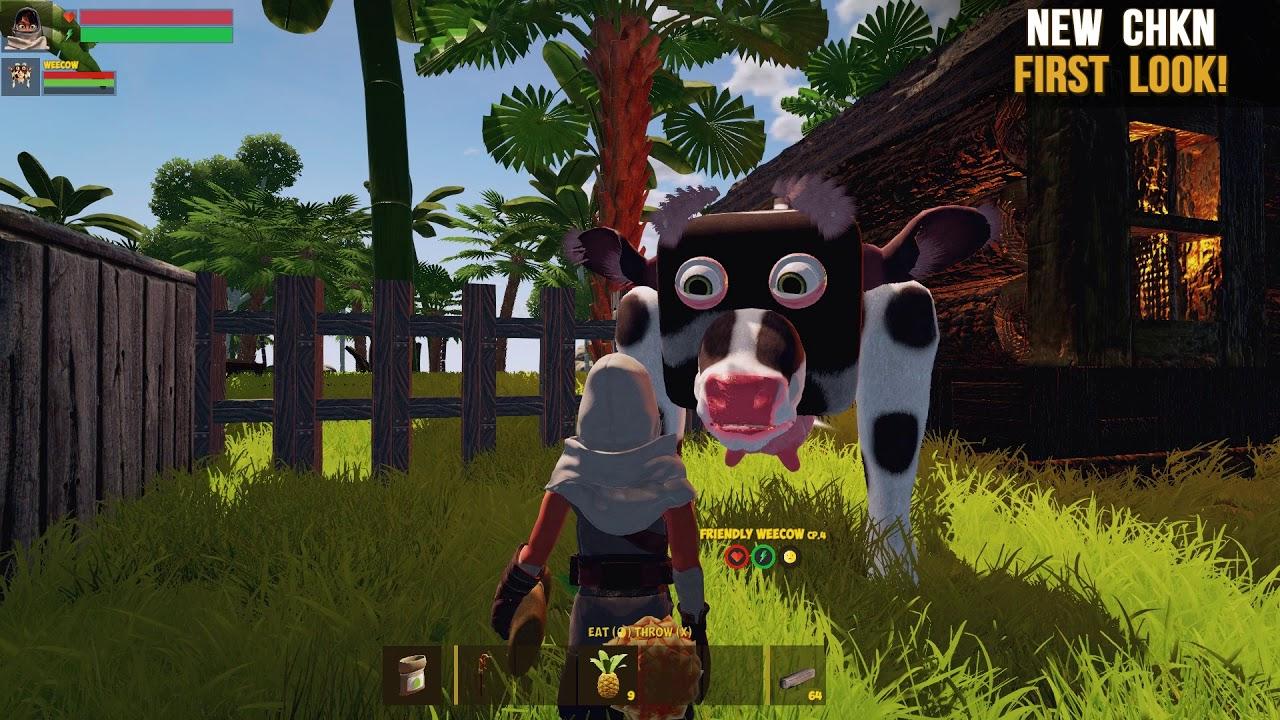 There's multiple game modes available. You can wander around at your own leisure and create whatever you want in the creative mode, an adventure mode which makes it a bit more like a survival game plus some multiplayer modes too. A brand new arena mode has been added too, allowing you to battle with your creations.

I absolutely love exploring it, although performance does need some improvements. My rig isn't exactly a sloth and it did struggle a little even on Medium settings. Good enough though while it's in Early Access.

Still, it's the only game where I can say that me and my giant Chicken named bob, took on a herd of teleporting cats with huge lights dangling from the top of their heads. Poor bob, he didn't stand a chance. Once I defeated them and bob was revived, we carried on our journey across the land. I came across an egg and thought, I'll have that, but a herd of one-eyed pig-like creatures had other ideas…poor bob isn't having a good time as my giant guard chicken. He's much better at munching on trees to provide me with firewood. To be fair though, he was a bit useless for combat until I used my powers of creation to attach more body parts to him to give him the ability to literally fling eggs at our enemies.

Going forward, they still have a lot planned. New behaviours for creature body parts, performance improvements are planned and much more before the final release.

Article taken from GamingOnLinux.com.
Tags: Early Access, Adventure, Indie Game, Sandbox
6 Likes, Who?
We do often include affiliate links to earn us some pennies. We are currently affiliated with GOG, Humble Store and Paradox Interactive. See more here.
About the author - Liam Dawe

View PC info
I still think this is one of the creepiest games on Steam.
1 Likes, Who?

View PC info
I'll be looking seriously at this once out of early access. Weirdly good!
0 Likes

View PC info
tbh, I'd almost forgotten about this game. I figured it was one of those sorta interesting ideas that would end up not really going anywhere. Glad to see it's still being updated. :) Might actually have to buy it one of these days.
0 Likes

View PC info
This is one of those gems that's been on my wishlist for*ever*. When it leaves early access, or goes on sale at healthy (greater than 50%) discount, I'm gonna get it. I wanna giant egg flinging chicken too!
0 Likes
While you're here, please consider supporting GamingOnLinux on: