Unvanquished, the free and open source shooter has a huge new release now out

After being quiet for some time, the Unvanquished team is back and they have quite a lot to show off in the new release of their free and open source shooter.

This is their first new release since April 2016, so the amount that's changed is quite striking! Hopefully, this will be the start of regular release once again, since they used to do monthly releases a few years ago and it was fun to watch it grow.

To give everyone a good experience, they've made a fancy new launcher. It will update the game for you, give you a teaser of their latest news posts and obviously allow you to launch the game. 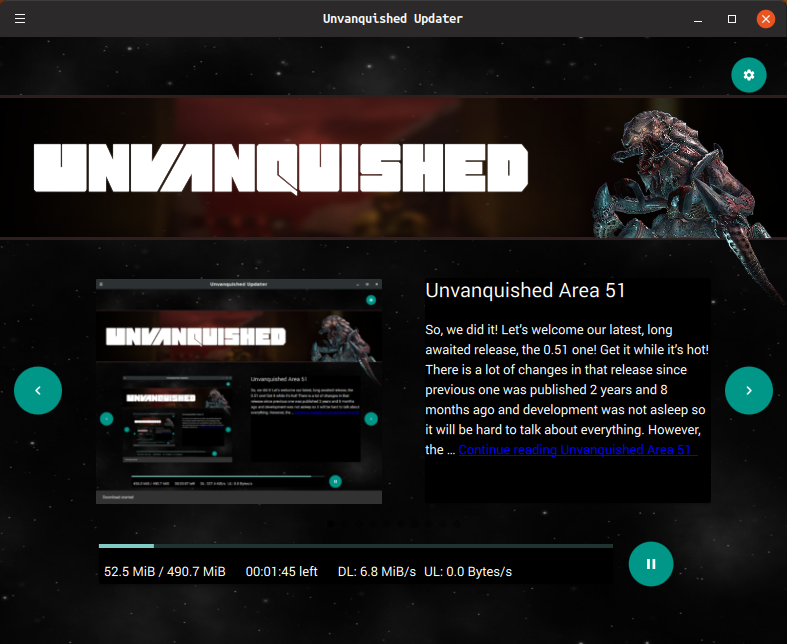 They've also done a lot of tweaks to the gameplay. One of the major differences is that the drill and the leech buildings which give each team resources, now work on a global pool rather than being locked down to locations. Additionally, other buildings like turrets and others now depend on the power they provided, so you need to keep them safe.

When you hit an enemy, there's also now a hit marker so you know you hit them and how effective your weapon is. There's new graphical models, new sounds, lots of fixes to various maps, better AI behaviour for bots, many crash bugs were fixed and you get the idea. There's a lot that's new and improved and in my testing of it today it seemed to work really quite well.

See the full post here on the official site.

We do often include affiliate links to earn us some pennies. We are currently affiliated with GOG and Humble Store. See more here.
About the author - Liam Dawe
I am the owner of GamingOnLinux. After discovering Linux back in the days of Mandrake in 2003, I constantly came back to check on the progress of Linux until Ubuntu appeared on the scene and it helped me to really love it. You can reach me easily by emailing GamingOnLinux directly.
See more from me
Some you may have missed, popular articles from the last month:
The comments on this article are closed.
4 comments
morgancoxuk 10 Dec, 2018
View PC info
Cool! Tremulous was one of the most fun games I have ever played (and free also..)

I'll be checking this out tonight
1 Likes, Who?

View PC info
So this is basically the FOSS version of Natural Selection 2 ?
1 Likes, Who?

View PC info
Tremulous isn't dead, they are working on version 1.3 over at the grangerhub.com , I played tremulous for years. It was an extremely fun game. Then the developers abandoned the game for while before another group eventually resumed development. A lot of people migrated over to the Unvanquished fork, Which is basically the same game, but I prefer to support the original project. I like the old name better too. I need to give it another try to see if its still as good as I remember.

I'm a little bit confused on why they forked in the first place. Why not just pick up development of tremulous?
As far as I know tremulous is open source too, and was much more widely known. Last I played it, the game was almost a carbon copy of tremulous anyway with slightly improved graphics.

Unvanquished is missing my favorite map too, ATCS :P

Edit: Appears grangerhub.com has been hacked and they are working to get it back online at the moment.

It pleases me to see this project is still alive.
0 Likes
While you're here, please consider supporting GamingOnLinux on: