Thanks to the great work from Tyler McVicker of Valve News Network, we've learned that a lot of changes seem to be on the way for Valve's card game Artifact.

Honestly, the changes sound absolutely massive, far bigger than I expected Valve to be doing and it sounds like (if most of it is true) that it could seriously change the game for the better and give it the resurgence it needs. As I wrote about recently, Artifact has been bleeding players like mad and it's still continuing with it reaching new lows.

Here's the video (notes below): 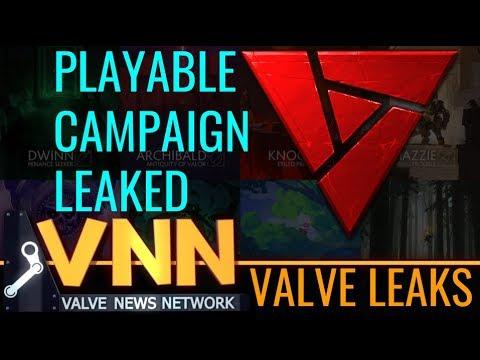 Bullet point notes about what could be coming based on the details found:

If the majority of this turns out to be true, it all sounds pretty good. A campaign with around 100 puzzle battles to solve that links into Dota 2 lore could be very interesting. Will it all be enough though? It will be interesting to follow.

View PC info
The puzzles and the solo campaign idea is what the game was sorely lacking.

Not in and of themselves but in terms of diversity of play , of palate cleanser between rounds of getting your ass kicked online.
0 Likes


I agree, given the info I don't think VNN is right on that point.
1 Likes, Who?

View PC info
Lets be honest, online-focused trading card games (TCG) need to be F2P. Better I buy and play the physically real trading card for example, Pokemon TCG which will become collectable item/future classic in the future, can trade freely and etc., rather than buy a virtual TCG with some/many restriction cause it's a virtual game card.

View PC info
Valve. Can you make a proper game too please? Seriously it's been a long time, we want a proper AAA Valve game. :<
1 Likes, Who?

Quoting: gradyvuckovicValve. Can you make a proper game too please? Seriously it's been a long time, we want a proper AAA Valve game. :<

I think this was been discussed long enough. Many people like card games. It doesn't matter that you (and me) don't.
15 Likes, Who?


I agree, given the info I don't think VNN is right on that point.

Well, he only showed all the Unity stuff that's in the update. There also was a picture of something on Twitter on his Feed, but that seems to have been deleted.
0 Likes
1/2»
While you're here, please consider supporting GamingOnLinux on: