A look at some sales figures for Spinnortality, a cyberpunk management sim

For those interested in seeing how well indie games are selling, developer James Patton who made Spinnortality has given out some interesting details including a breakdown per-platform.

See also: Some thoughts I had on the game here.

The game released on February 1st and so it's been out for just over a month now. If you've not seen it before, take a look at their trailer: 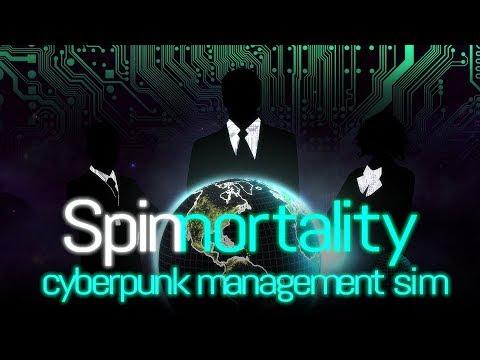 In the first week, Patton managed to sell 7,000 copies on Steam and only 33 on itch.io. Considering how I've seen many indies struggle to get noticed at all, that's actually not bad. It seems to have slowed down a lot though, with it hitting about 9,000 after a month.

Looking at different platforms, the developer said it sold 421 Mac copies and 202 Linux copies with Windows obviously making up the biggest chunk. This is from the 9K copies total (Steam + itch combined), so Linux has sold about 2.24%.

One thing to keep in mind, is according to the Patton, itch has no way to show sales per-platform but it wouldn't drastically change the overall percentage even if all of the itch sales were on Linux.

When you take into consideration that Linux currently makes up only 0.77% of the market share on Steam, we're well above that mark again for sales which was the same for Rise to Ruins and Bytepath. Overall though, it's obviously still pretty low.

You can see the full details of their sales in their blog post. If you do want to pick up a copy, you can do so from itch.io and Steam.

View PC info
One thing to keep in mind as well, is that this was a kickstarted game, so a bunch of people who were interested in this had already bought it ahead of launch.

I assume those people are not included in these sales figures, and are a part of why the developer is so happy with the numbers, the development of this being funded in advance. I noticed in the comments on some other site that people were having trouble understanding how these numbers could support him in the development of his next game, and none mentioned kickstarter (and I couldn't be bothered to register to comment).
3 Likes, Who?

View PC info
The french independent magazine Canard PC gives the game a good review (7/10) in its last issue (n° 393 that will be fully available next month)! :)

View PC info
I really wanted to buy it but I have so much sim games to play currently.
0 Likes

Quoting: riusmaThe french independent magazine Canard PC gives the game a good review (7/10) in its last issue (n° 393 that will be fully available next month)! :)

I've heard of "le canard enchaine"; how many French periodicals named after ducks are there?
1 Likes, Who?

Quoting: Purple Library GuyI've heard of "le canard enchaine"; how many French periodicals named after ducks are there?

To my knowledge there is only two now, Le Canard Enchaîné ("The Chained Duck", in French "un canard" - a duck - is an argot word for a newspaper), an old (1915, born against censure during World War I) independent (no advertisements and privately owned by its own employees) satirical investigation newspaper, which is obviously the most famous of the two and Canard PC (which is named after the first... and a toilet detergent "Canard WC" - Toilet Duck in English - because in French "WC" and "PC" are quasi homophones).

Last edited by riusma on 7 March 2019 at 8:50 am UTC
0 Likes
While you're here, please consider supporting GamingOnLinux on: