Based on the classic FPS Warsow, the new Warfork is now live in Early Access

Fast-paced arena shooter Warsow has been forked, updated under the name of Warfork and it's now in Early Access on Steam.

If you're curious why they forked it and put it on Steam, according to the team behind Warfork the owner of Warsow is apparently opposed to a Steam release (see the additional notes below on that). Not just that, but until recently Warsow saw very little in the way of updates and seemed a bit dead overall. In addition, the developers of Warfork are planning lots of work to make Warfork more easily adjusted with mods.

Now that Warfork is up on Steam, they've outlined their current main objectives as:

- Modernize the engine
- Make the game mod-friendly and Steam Workshop friendly.
- Establish our own visual style in-game (weapons, models, sounds, music and textures).
- Give people a reason to come back with matchmaking and weekly events.
- Establish a friendly community of fellow AFPS lovers.

You can see a much longer list of all their plans here. 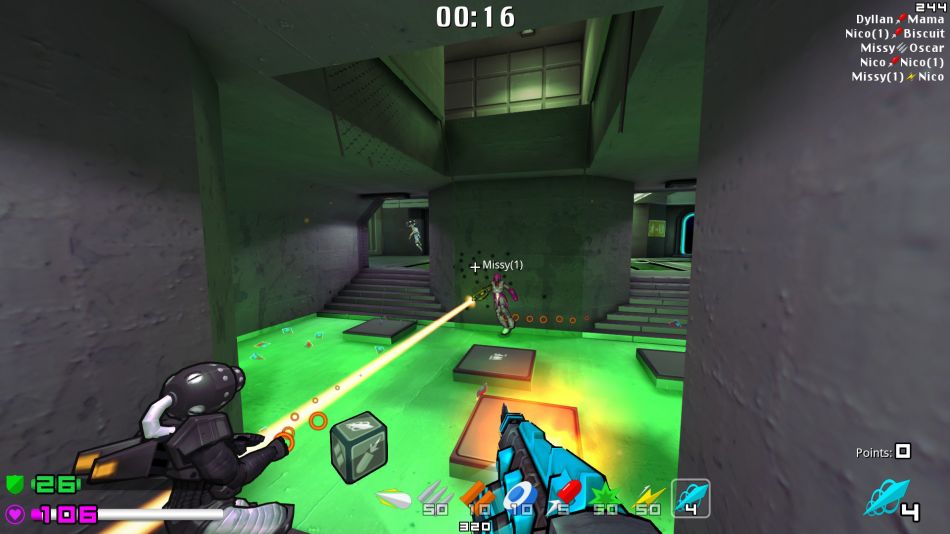 It's going to be interesting to follow this one, since it's free and open source (with no micro transactions) and it has Linux support right away which is something of a highlight of course. They said they won't be doing any real marketing until they're ready to leave Early Access, which is fair enough.

After checking it out myself, as expected the Linux version runs beautifully. I ran around and got instantly killed as soon as people saw me often—yep, that's a fast-paced arena FPS alright. I continue to be terrible at such games but they're still a huge amount of fun.

Find Warfork on Steam. Why not give it a try, since it's free you've got nothing to lose but time.

Just recently, Warsow itself has seen somewhat of a small resurgence in development with multiple beta releases starting from June this year. It's currently on Beta 2.5 you can find here, which seems to have a bunch of sound work, bots, user interface improvements and so on. As for a Steam release of Warsow, according to one of their team it is actually planned.

With both Warsow and Warfork now competing for your attention, what will you be picking?

View PC info
Warsow is not a dead. Last beta 2.5 was release 6 days ago. Previous beta 2.4 - 24 days ago. Is is still under development and devs want release it on Steam but first they need finish some features.

In the meantime someone made a fork and decided that throw their code, their work into steam earlier...
I am not a fan of such work ...

That's mentioned in the article.

Adjusted the wording to hopefully be even clearer on this.

Quoting: SnowdrakeI'm confused. Does it means we'll end up with two warsow games on steam ?

I suppose there could be. Depends on what mwaga's community does.

I hope that if/when Warfork stops being able to connect to Warsow servers, they add in a "beta" option to download and run the 2.1 binary of warsow.

I'm glad to see more FOSS games on Steam. I'm also glad to see Warsow without any of the non-free assets.

View PC info
Where can i download source code of Warfork?
0 Likes
SylvesterInk 20 Aug, 2019
As a longtime Warsow player, I'm glad it got forked. The original game has always had a bit of contention going on with the development team and the founder, up to the point that a majority of them quit a few years ago. There's also been a problem with the licensing of the game assets, such that it was never fully open source. (And when we asked for them to fix that, they've always been very vague in their answers as to why they never bothered to do it.) Plus they never really put any effort into maintaining their community.

In contrast, Warfork has a lot more passion going on behind it with the new developers. Non-free assets have already been removed and the game is now properly free. They've established a pretty strong community right out of the gate, and already the servers are more alive than Warsow has been in years. (Thanks in no little part to Steam, I'm sure.) They seem to have some good goals ahead, so I expect that they'll actually put in the work, based on what I've seen so far.

It's good to see that the competition has kicked Warsow into gear too, though from what I've heard about the remaining dev (bit of a junkie) I don't expect much. Still, I'll be happy if I'm wrong, as it will definitely spur on development of both games, which means the players win.

I see this as a Open Office -> Libre Office situation. Or maybe more accurately, Vim -> Neovim.
1 Likes, Who?

I don't really have a lot of preference tbh but it is cool that it is on Steam to get more players into it. I've only played a few games and whilst the gameplay elements are great, the servers I was on were lackluster, to put it VERY nicely. When I get shot at the minute I spawn... That is one of two things: terrible map design, or too many people on a server.

With that being said... I'd wish that Xonotic would do the same as it is by far my favourite FPS in this realm of old school shooters.
0 Likes

Quoting: axredneckWhere can i download source code of Warfork?

Currently you can download the source for Warfork by grabbing this tool through Steam:

View PC info
So i can't without Steam, right?
0 Likes

Sorry, I don't check my notifications much on GoL, maybe I should.


Last edited by psymin on 6 September 2019 at 3:10 pm UTC
1 Likes, Who?
While you're here, please consider supporting GamingOnLinux on: