The dieselpunk sci-fi RPG INSOMNIA: The Ark due for Linux sometime after the next update

Mono Studio have given an update on the next major version of the dieselpunk sci-fi RPG INSOMNIA: The Ark, seems like the Linux version is finally getting close.

INSOMNIA is a dieselpunk sci-fi RPG about the slowly degrading remnants of human society attempting to survive on an abandoned space metropolis. Develop your character, explore lovingly handcrafted locations, interact with peculiar NPCs and factions, craft equipment and try to stay alive in this brutal world.

In their news post on Steam, talking about their progress on V1.6. While it's sounding promising, it's not ready yet as they're working through the final set of issues. The good news, is that they mentioned that completing this version, will be "an important step towards Linux and Mac versions of the game". 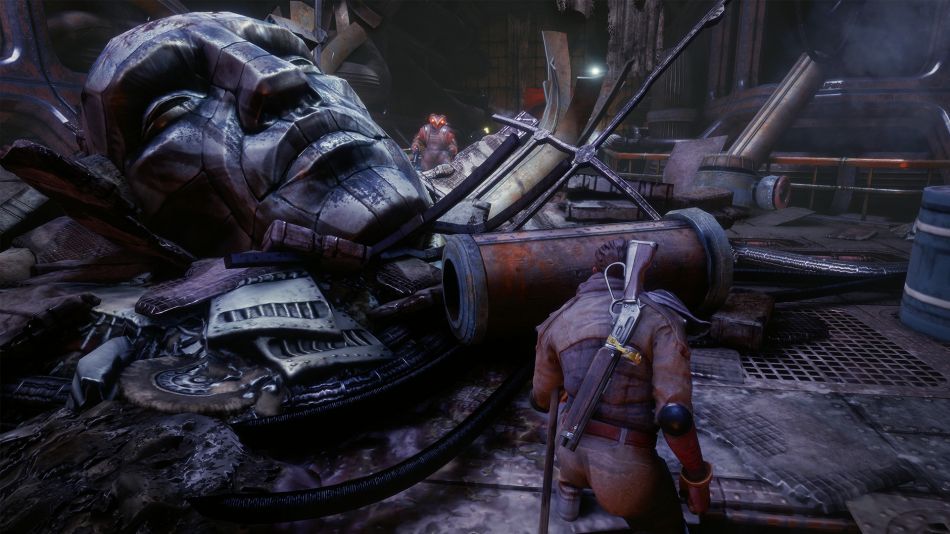 Really great to see they will eventually deliver on it, although it should be noted how delayed this is. INSOMNIA: The Ark launched in September last year, so next month it will be a year since the release for Windows. This is after the original Kickstarter campaign in 2014 succeeded in raising $92K and their second Kickstarter campaign in 2016 also succeeded raising a further $71K in 2016. Both campaigns clearly stated it will support Linux.

I am the owner of GamingOnLinux. After discovering Linux back in the days of Mandrake in 2003, I constantly came back to check on the progress of Linux until Ubuntu appeared on the scene and it helped me to really love it. You can reach me easily by emailing GamingOnLinux directly.
See more from me
Some you may have missed, popular articles from the last month:
The comments on this article are closed.
10 comments
Swiftpaw 15 Aug, 2019

View PC info
I'm confident this will come to Linux and be just fine! Russian devs tend to be crazy about Linux!? (In a positive way)

3 Likes, Who?
M@GOid 15 Aug, 2019
View PC info
The reviews on Steam are not very good. People are complaining that the game is unpolished. The game is also on the Unreal engine, which is known to have low performance on Linux. I hope it is on a better shape by the time it launches on Linux.
4 Likes, Who?

I have a hard time finding info about the gameplay but based on the video on Steam it looks like it’s a third person action RPG? This could be my cup of tea (although first person would be better). If they fix the bugs people are complaining about…
0 Likes

View PC info
Not the best reviews, but even some of the negative ones are about things that appeal to me. Definitely on my radar!
1 Likes, Who?

View PC info
I finally gave the game a spin with the latest patch on Windows and.. uh...
definitely wait a few patches.
Even after all this time, the game still has loads of minor bugs and a few game-breaking ones (including one that ended my playthrough after 32 hours as I couldn't exit a level any more).
There's also still some Russian text, including whole quest logs, which is just hilarious.

And IF you play it, play it only if you play it for the atmosphere.
The combat is just completely bland and mediocre and the "RPG" (if I could emphasize the quotation marks even more, I would) system is the worst I have seen in my 20+ years of gaming.

As I said somewhere else, this is probably the first (and hopefully only) game that would have been better if it was a walking sim.
The atmosphere and setting is that great, but the rest is that bad.

Quoting: Perkeleen_VittupääRussian devs tend to be crazy about Linux!? (In a positive way)

I wonder, what made you make this assertion?
2 Likes, Who?

View PC info
This crew, Mono, has promised Linux since day 1,literally, and I guess I made a subconscious deal that if they'd bring it out for Linux, I'd buy it for Linux. Pity that it doesn't have better reviews because I've been following this game since I voted for it on Steam Greenlight, and after all this time, all this waiting, I'm stubbornly determined to buy it. It's embarrassing how emotionally invested I've made myself about the release of The Ark over the years. "C'mon Mono, I'm rooting for you guys!"
0 Likes

EMO GANGSTER 16 Aug, 2019
View PC info
can't wait to get mad because they make it in an epic exclusive and don't make a Linux version jk kinda does make me not want crowed fund things
0 Likes
While you're here, please consider supporting GamingOnLinux on: