GTA: San Andreas is being remade (unofficially) in Unity and it supports Linux

Have any fond memories of Grand Theft Auto: San Andreas? You might want to take a look at this new unofficial remake being made in Unity as it supports Linux.

The team doing this remake aren't just making sure it runs better and on more platforms, they've also added online multiplayer too and you can see it in action in the below video: 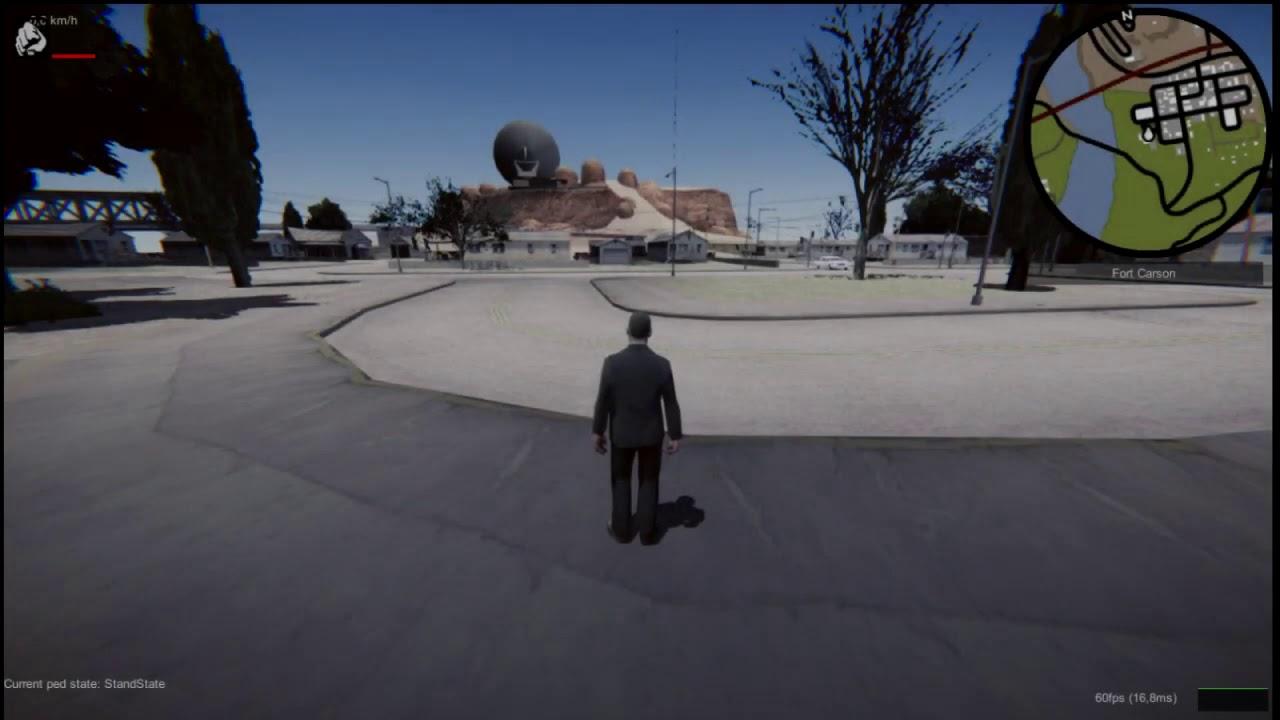 Obviously it's all a work in progress and a little rough but it could end up being really fun to play with a bunch of friends. Looks very promising!

The main developer sent word about it and after looking it up, it does state how it "won't be a complete recreation". When querying this with them, they told me that it's more along the lines of just how much work it is to get literally every part of it working. They don't have a list of things they won't do but it's more about priority stuff first. They may also eventually move onto supporting other GTA games like Vice City too.

Like other similar recreations, you need to own a copy of the game to run it. It's open source under the MIT license on GitHub. Well, it's as open as a Unity project can be anyway.

I am the owner of GamingOnLinux. After discovering Linux back in the days of Mandrake in 2003, I constantly came back to check on the progress of Linux until Ubuntu appeared on the scene and it helped me to really love it. You can reach me easily by emailing GamingOnLinux directly.
See more from me
Some you may have missed, popular articles from the last month:
The comments on this article are closed.
33 comments
Page: «4/4
Desum 18 Sep, 2019

Quoting: DesumIf the purpose of this project was to perverse the game, Godot would have been the better way to go vs Unity3D. You can insult me all you like, but that, from a practical point, is just the truth.

I have no intention, nor do I hope I am understood that way, to insult you at all. If that has happened thus far I apologise.

But nobody starts a game development with the deciding factor of longest possible preservation.
Arguments like these are really exceptionally secondary and will not move any users over. If Godot are to be adapted by more, you must focus on the practical advantages, not philosophical.

The tool must be the best for the job. The best editor, the best documentation, the best UI, the best features, the best result.
That's what makes regular developers interested. Nobody starts using a tool that seem second or even third best, just because of some theoretical scenario of the future that might or might not happen. Nobody starts writing a game with the PRIMARY purpose of being preserved for all future.

There's no rational reason to think that Unity goes away anytime soon, and if/when they do there's plenty of examples of closed source software that indeed goes open source if they do hang up.

It's also plenty examples of the other way around, open source projects who change licence model with a new version, and even go closed source. Last example of a change of licence that I can recall of is the Elasticsearch stack last year to shake off competition from Amazon.

But all this is of no relevance to the small indie dev. The small indie dev want to use the best tools they can afford to reach their goal. That's what the decision is based on. And rightfully so! If the tool can't take them there it will be nothing worth preserving in the first place.

So focus on the tools on offer - arguments like "OSS is better cause your game might be easier preserved sometime in the distant future" is just never gonna turn any heads.

This is not a new game being developed. This is a new engine for an old game. And Unity won't be worked on forever. This project will end up having to be re-done again at some point. And ask ReDream how that "going closed source" thing goes.
0 Likes

Quoting: DesumThis is not a new game being developed. This is a new engine for an old game. And Unity won't be worked on forever.

How do you know?
And why would we care? It's not like the binaries would suddenly be going to vanish...
0 Likes

Quoting: DesumThis is not a new game being developed. This is a new engine for an old game.

It's still indie game development, and the point still stands. They want the best tools for the job, "The best editor, the best documentation, the best UI, the best features, the best result.". That's just the point I try to make here.

Define "forever". Unity and the eco system around it reminds me a lot of Unreal. And that's an engine that was launched in '98 and show no sign of going anywhere anytime soon.

Heck, if we look far enough into the future the architecture of our PCs will very likely have been fundamentally changed, leaving most of the source code from today not easily compiled at all. And so forth. Again, we're entering philosophical and very theoretical grounds here.

Quoting: DesumThis project will end up having to be re-done again at some point.

Do you really believe this is a project that will live forever, regardless? What are the odds of anyone in this entire world will care or even remember this project when that day comes?

It's much more likely we will get emulators that can run these old games "forever" instead. Just like the emulators for the old abandoned console platforms do today.