Don't Starve Together has another sweet animation and more free content

Klei Entertainment's online survival game Don't Starve Together continues getting bigger and better, with another free content update out plus a sweet animation.

Winter's Feast has returned as well, giving Don't Starve Together a special Winter theme and anyone who logs into the game during this time will get to claim a fancy Ice Fishing Rod.

As for the trailer and little animation, check it out below: 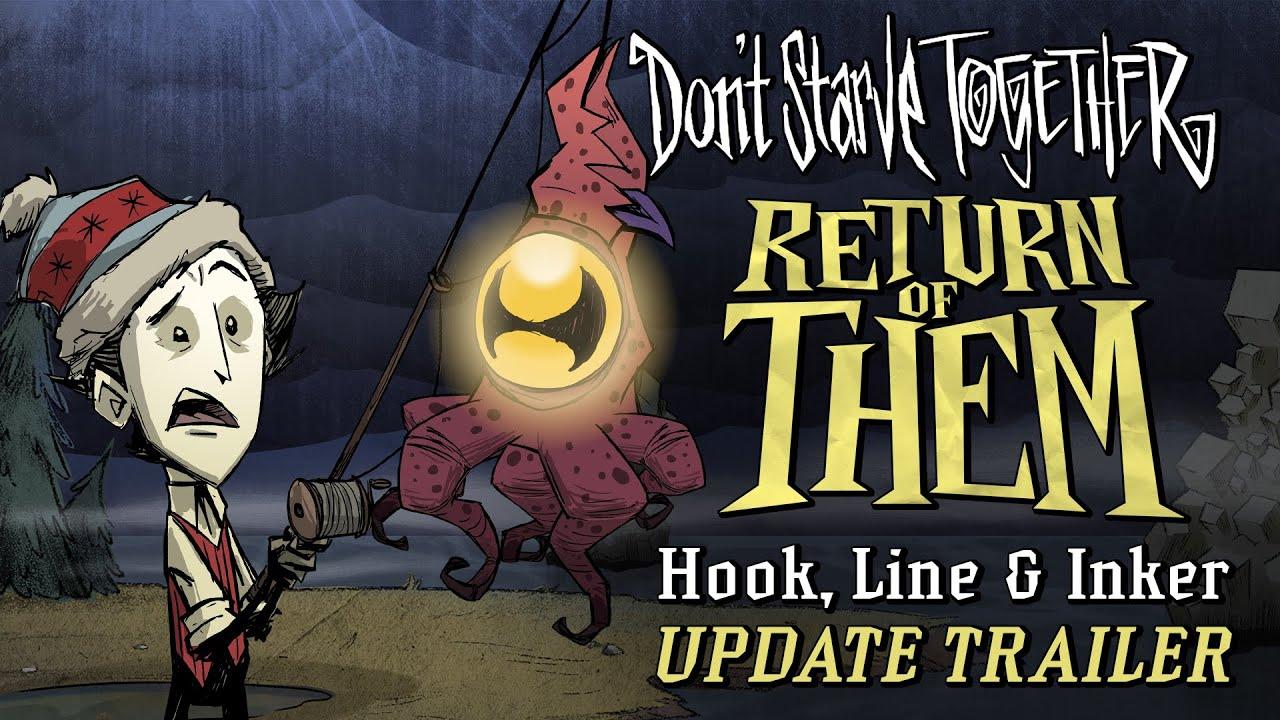 In their full update notes, they said something else that caught my eye. According to Klei, during 2019 DST had "more players than ever before" and so Klei "aren't planning on slowing down any time soon".

Checking on this for myself, what they said is true, they've regularly had tens of thousands of players online and it's trending upwards which is a very healthy sign. 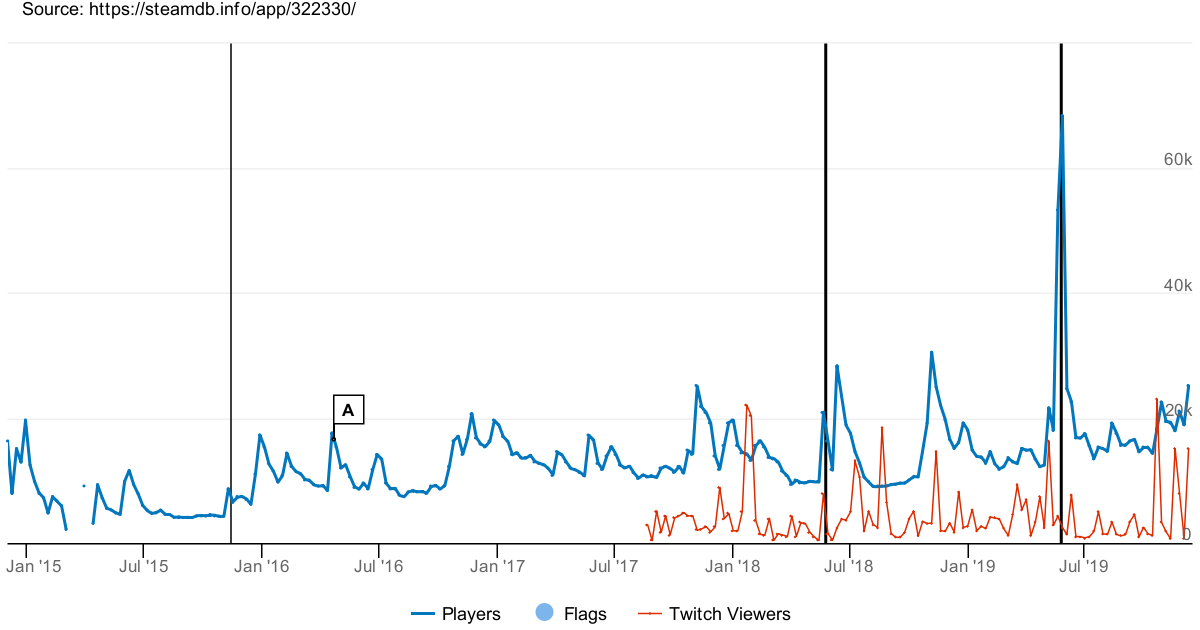 Don't Starve Together has not only become one of the most popular PC survival games, it's one of the most popular games on Steam. I'm not surprised though, it's so madly engrossing it's crazy. I only loaded it earlier to take an up to date screenshot, 30 minutes later I was on a collecting spree and then I got chased off by a horde of angry wasps. 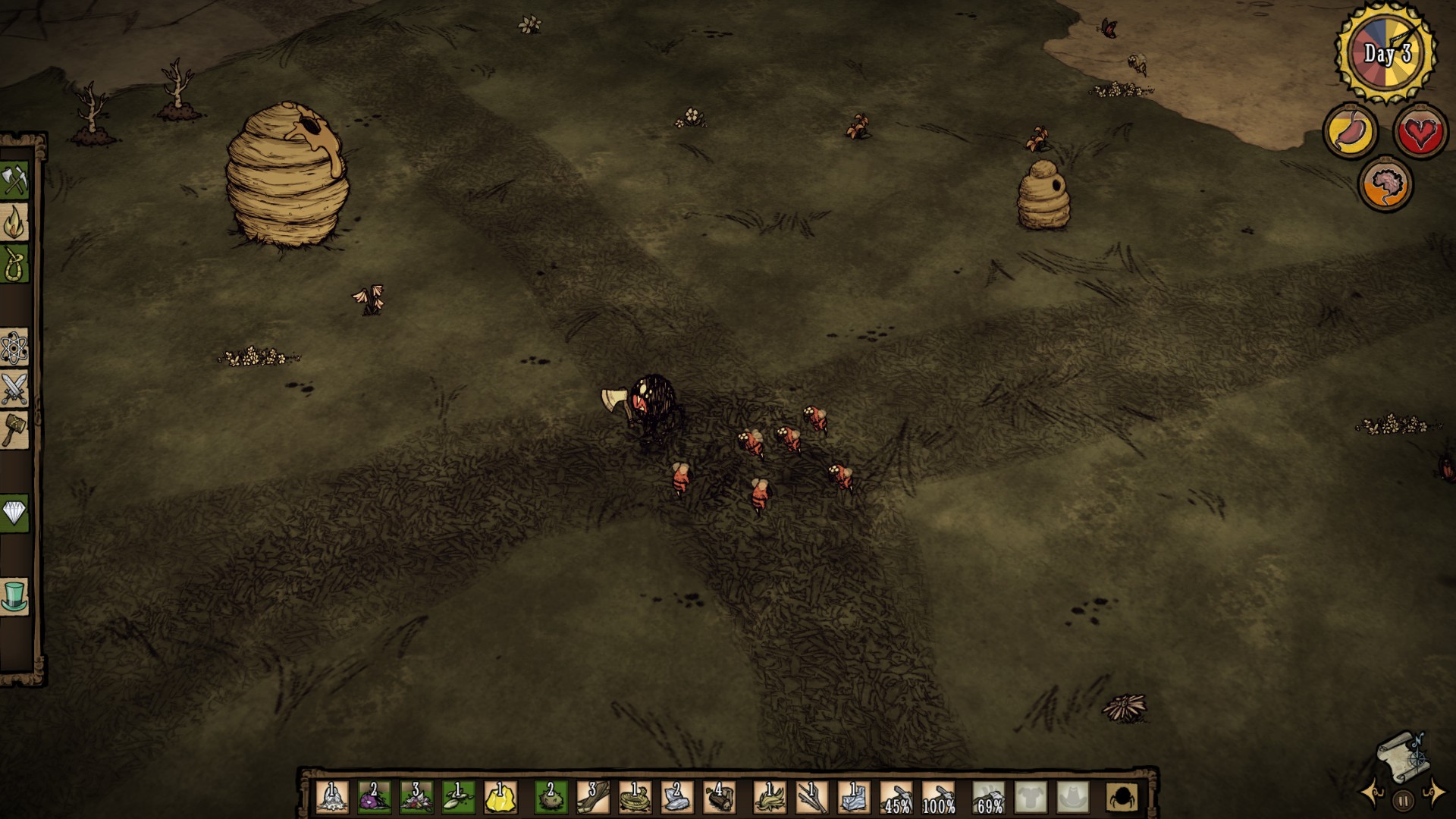 All I wanted was some damn twigs!

Shortly after that I was chased around by a family of Pigmen, and I ran right into a massive tentacle that shot up through the ground and slapped me into next week. That run didn't last long…

It's great that Klei continue to support Linux with their games like this, Don't Starve together runs so very nicely on Linux and it really is a great game to get into if you love playing with others.

You can pick up Don't Starve Together on Steam.

View PC info
This game is loads of fun! And more character tweaks for Don't Starve Together are in the works!
0 Likes
Grifter 17 Dec, 2019
It's fun but I am so bad at it, I just can't get any better either, so every time I try I hobble broken and wounded back to rocket league which I at least somewhat know how to play :(
0 Likes

Quoting: RoosterI would buy this game immediately if it had Local Co-op mode. Without it, it is useless to me.

Tell us more about other things which are useless to you!

On a serious note, put two computers next to eachother (one could be a laptop, maybe even both could be laptops!), and you've now graduated to "local area co-op", which may be less useless to you! Problem solved! =)
0 Likes

Quoting: GrifterIt's fun but I am so bad at it, I just can't get any better either, so every time I try I hobble broken and wounded back to rocket league which I at least somewhat know how to play :(

Tweak the difficulty and watch some vids on advice , how to start up etc.
It can be frustrating , but it can be fun - thoguh to be fair that was with a friend.
0 Likes
While you're here, please consider supporting GamingOnLinux on: