Frictional Games, the developer behind some scary games like SOMA, Penumbra and Amnesia seem to have started teasing that a new game is coming.

The "Next Frictional Game" website they've historically used to tease new titles, has remained dormant for years with a message of "Our next project has not yet been announced." after the release of SOMA back in 2015. However, at some point after November 28th (the last recorded snapshot) last year it all changed.

Now, it has a repeating short video showing something pulsing. What though? I've no idea. Looks almost like a really early fetus perhaps? It's probably going to be something terrible we have to deal with or run away from once again. 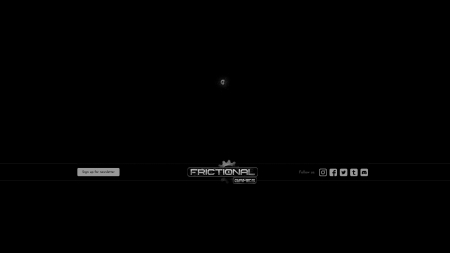 Exciting, as Frictional have been a very long supporter of Linux gaming. They put their games on Linux like Penumbra way before most did, back a good while before Steam on Linux was a thing.

Begin your wild speculation and prepare you fresh pants, it's likely going to be another scary game considering that's what they seem to always do.

Eike 6 Jan, 2020
View PC info
I'll keep saying how incredible SOMA was, and that I recommend it even for people who are not into horror games (it's got some "safe mode") until I'm banned from this site or burried.

View PC info
Yeah, some was on a whole other level, but I loved their games since Penumbra series. Consider me hyped, it's gonna be interesting to see what they cooked up.
1 Likes, Who?
Kors 6 Jan, 2020

Thank God, at last!
It will be an instabuy as soon as they launch on Linux.
3 Likes, Who?

View PC info
Hopefully its something like SOMA was. Truly amazing game! Amnesia and Penumbra series are great also, but story wise kind of meh imo. SOMA was the real experience, not so horror ofc, but story and the atmosphere was spot on imo.
3 Likes, Who?

Quoting: NeoTheFoxYeah, some was on a whole other level, but I loved their games since Penumbra series. Consider me hyped, it's gonna be interesting to see what they cooked up.

Somehow unfortunately, I stared with Amnesia, which, while far from being perfect, was an amazing experience. I couldn't get into Penumbra anymore after that.
1 Likes, Who?

View PC info
Looks like a loop of asteroid photos taken by a probe. SOMA had mankind go extinct due to an impact event.

Coincidence? I think not. :O

Their games usually get sequels and SOMA was well received, so I assume it will be something related.
3 Likes, Who?

Quoting: EikeBy the way, because I saw the tag "indie game".
Would SOMA qualify as indie?

Why wouldn't it? Frictional developed and published it themselves.
2 Likes, Who?
Desum 6 Jan, 2020

Soma would have been as good of a book as it was a game. Take that as praise or not depending on how much you like reading.
3 Likes, Who?

Why wouldn't it? Frictional developed and published it themselves.

If EA develops and publishes a 100M$ production, is it indie?
IMHO, indie is (also?) a production value question.
I'd have seen SOMA above most indies with this respect, but I'm not sure.
0 Likes
1/3»
While you're here, please consider supporting GamingOnLinux on: