Recently, Metro Exodus ended its Epic Store exclusivity and Deep Silver (the publisher) confirmed it was heading to Linux. In a recent Reddit AMA (Ask me anything), the developer 4A Games mentioned the Linux port too.

In reply to a comment asking about macOS/Linux they said this:

[…] Throughout DLC development we've also been very busy working on various platforms for all of the Metro series. We recently confirmed the linux version and will reveal the launch date for that soon. […]

Really great to see it get confirmed multiple times now, strange though how they were so quiet on it before it hit Steam to no be so willing to talk about it when asked. Having all the Metro games on Linux is going to be great though, a full series for us. Seems it's had a warm reception on Steam too, with it now having a "Very Positive" user rating from well over ten thousand people.

Once they do talk about dates, we will let you know. Will you be picking up a copy when it's out for Linux officially?

You can check out Metro Exodus on Steam.

Article taken from GamingOnLinux.com.
Tags: FPS, Steam, Upcoming | Apps: Metro Exodus
40 Likes, Who?
We do often include affiliate links to earn us some pennies. We are currently affiliated with GOG, Humble Store and Paradox Interactive. See more here.
About the author - Liam Dawe

I am the owner of GamingOnLinux. After discovering Linux back in the days of Mandrake in 2003, I constantly came back to check on the progress of Linux until Ubuntu appeared on the scene and it helped me to really love it. You can reach me easily by emailing GamingOnLinux directly.
See more from me
Some you may have missed, popular articles from the last month:
57 comments
Page: «3/6»

Quoting: SalvatosNow if only we could get a similar announcement for Borderlands 3 (announced yesterday to come to Steam on the 13th of March). Come on Feral!

Didn't they do the previous Linux versions themselves?

No Feral did the Mac port of BL1, Aspyr did the Mac+Linux ports of BL2. But seeing as Aspyr can't be bothered to bring the last update to Linux, I suspect most people would prefer to have it done by Feral.
4 Likes, Who?

View PC info
For BL2, it is an Aspyr-side problem ?
0 Likes

The update was released for Mac and apart from a note in the support section they haven't said a word.
2 Likes, Who?

View PC info
Personally, I would also love to see Feral do BL3 now their Vulkan tech is great. Aspyr really have let us down on BL2.
5 Likes, Who?

View PC info
Funny how we came from Metro to Borderlands 3 now but i agree. I would love an Linux Port especially from Feral [would not have a problem with Aspyr but since they dont seem like they want to give us that UHD? Update or what i rather want Feral].

View PC info
I tought about boycotting the game because of the Epic Store exclusivity, but then I tought: "If sales are bad on steam because of boycott, it's going to be a huge win for Epic. It's much better to support the game on Steam and try to match the sales figures it had on Epic, just to show them that exclusivity stuff is just a useless and bad idea that probably does more harm (bad publicity) than good."

So, I'm going to get the game when the Linux version is out.

Quoting: EikeYou could also say: If you buy it, the publisher will see that the exclusivity deal did pay, and that the rest stills buys it a year later on Steam.

True... But viewed in that angle, there is no stance that we might take, as customers, that will make an impact, at this point. They may twist the facts to their advantages whatever our decision. Still, I hope they learned lessons from the uproar that happened when they pulled the game from Steam.

View PC info
For the record:

Stelic 28 Feb
View PC info
This will be a day one purchase for me. Excited to see the entire series come to Linux.
0 Likes

Quoting: kuhpunktIf you don't buy it, the publisher will see it and think that Linux ports aren't worth doing, because they don't sell.

If you buy it, the publisher will see that it sells on Steam and that this is where the money is. It's one unit sold less on the Epic Store.

Think about the signals you're sending.

I think at this point they the majority of their sale already. It's unlikely any signal we send will either be significant or strong.

Fans were likely to already play it via proton. :(
0 Likes

also a pending date for the release date 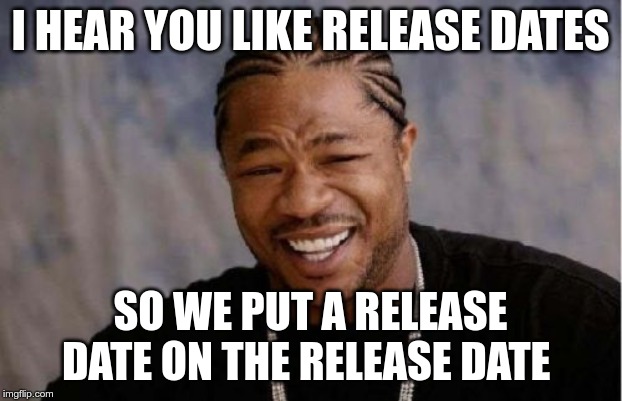