It just recently gained a Steam page to make it more official and they've confirmed it's going to be entering Early Access sometime this year. The game honestly looks incredible, especially since it's a small self-funded team. They even have a brand new trailer to show it off: 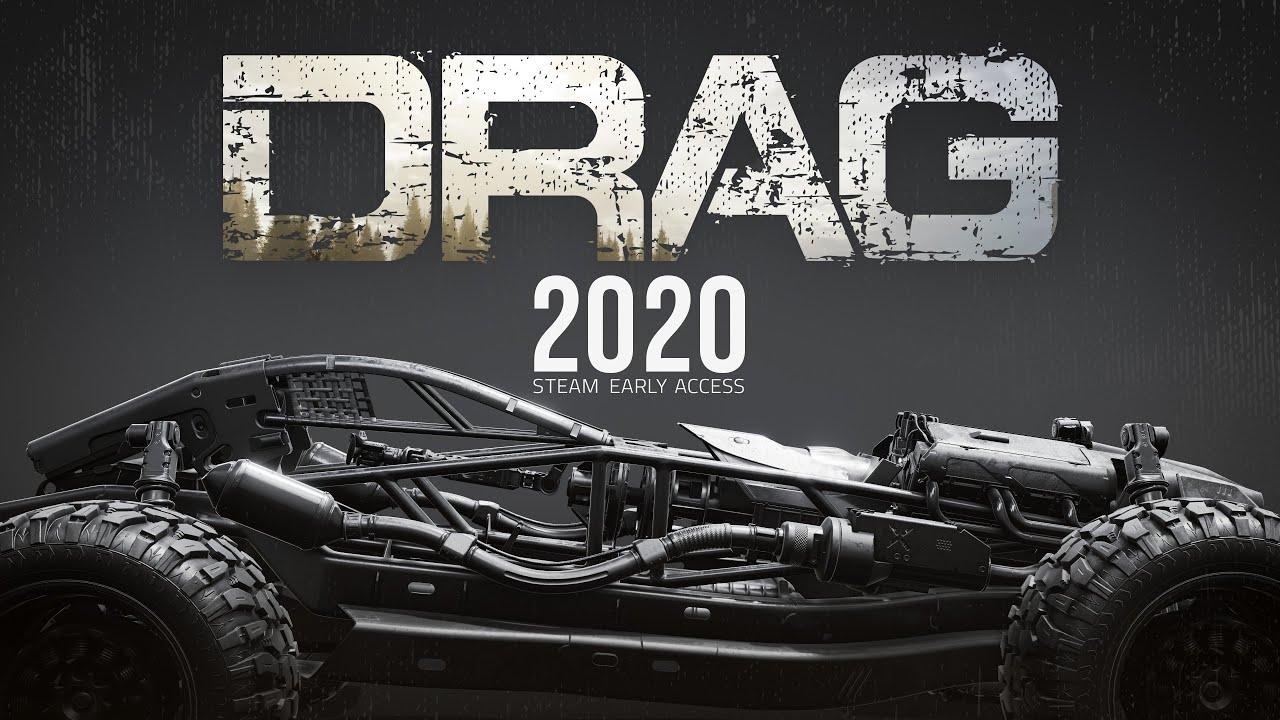 DRAG introduces next generation 4CPT vehicle physics (4-way contact point traction technology) and a damage model that allows for competitive multiplayer wheel to wheel racing in a rallycross fashion. Combining the best of both arcade and simulation. Our physics and soft-body tire model simulate every component of the vehicles in real time, resulting in realistic, dynamic behavior. Driving fast on loose surface without driving aids is challenging and visceral, yet the physics are accessible. The driving feel is raw and unfiltered. Race online PvP or local split screen PvP matches as well as singleplayer challenges.

Not to sound hyperbolic about it but I'm seriously looking forward to finally getting my hands on it, after being excited about what they're doing for years now. This might be the most excited I've been for a racing game, with the amount of simulation going on and it's graphically pretty. It was originally going to be out in some form in 2018 but they've just continued advancing it to ensure a good initial release.

If you want to see some of the work that went into the trailer, and what they're currently up to, they made an additional post on Polycount to give some more behind the scenes info.

You can now follow/wishlist on Steam.

If you only use Linux as your gaming platform, be sure to tick it as such in your platform preferences.

View PC info
It looks like Next Gen Trackmania.
2 Likes, Who?

View PC info
The end of the trailer is amazing. Tux love!

to the Wishlist it goes!
8 Likes, Who?

Quoting: XpanderThe end of the trailer is amazing. Tux love!

That was a nice touch. It'll no doubt trigger some people. :D

View PC info
Finally! I always wondered of the state of this project. I remember that the devs gave us some extra details of technology & dev process they were working (own engine and using linux as dev platform <3). Wishlisting!
2 Likes, Who?

View PC info
This looks very nice; I mean Im crap at racing games as my brief dalliance with the GOL Dirt league attests. But would for sure pick this up.
0 Likes

View PC info
They've been giving this game a lot of TLC, and it shows. Been looking forward to this one - I'm not a wishlist person, but there's really no doubt I'll be grabbing this as soon as I can. Hopefully it will work on my system as a kind of bonus, even though I'm fully aware it may not (missing CPU instructions is becoming more of a problem now).
0 Likes
Kors 28 Feb, 2020

What a nice surprise, i will add to the list right now!
I love racing games.
0 Likes

Quoting: mylkai hope they use vulkan

They developed the custom engine with OpenGL4 if I remember rightly, and dumping all that work to switch to Vulkan seems rather pointless. It is possible for good performance from GL4.x, especially if designed and written with it in mind from the start. Many of the features that are part of the more modern APIs were already making appearances in GL4.x too (especially GL4.3 if I remember rightly), which is why it's able to get that performance.
2 Likes, Who?

View PC info
The end of the trailer, on the huge bridge, made me remind about Stunt Car Racer, on my Atari ST ...
2 Likes, Who?
1/3»
While you're here, please consider supporting GamingOnLinux on: