Alright Coronavirus, this has gone on long enough. It's time to kick your arse. Want to help? We've made a team on Folding@home for you to spare your unused CPU/GPU cycles for research.

Hold on, what is this Folding stuff? It's a distributed computing project that simulates protein dynamics, including the process of protein folding and the movements of proteins implicated in a variety of diseases. It does this using your hardware and then sends all the data back to them—for science! It can help people working on diseases to better understand them. A good time to remind people on this, with everything going on right now and they have special simulations setup for Coronavirus. 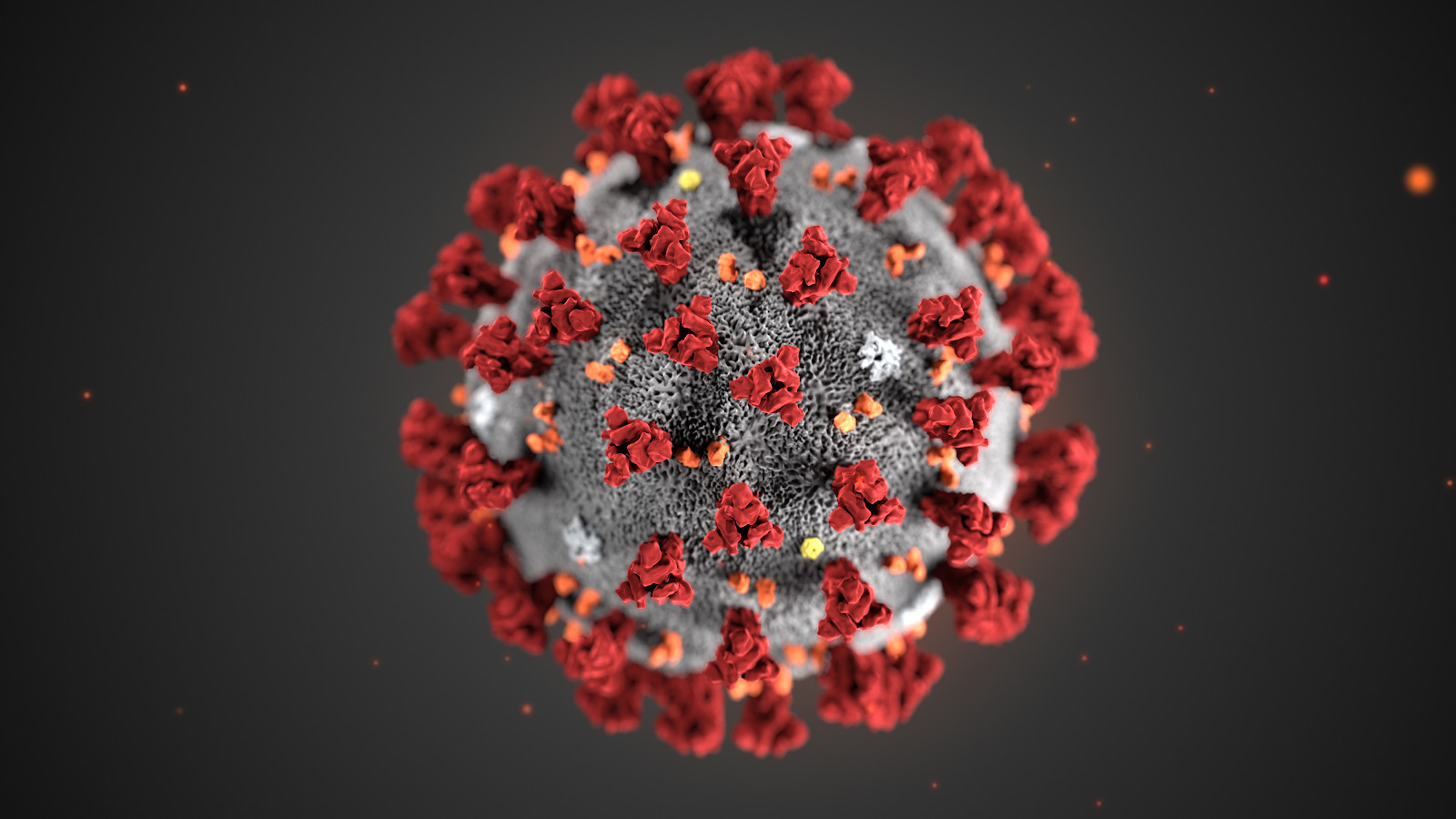 How to get involved: Head to the official site to download it for Debian /Ubuntu/ Mint and Redhat / Centos / Fedora. If you're on Arch/Manjaro, you can see a guide on the Arch Wiki. If you're on NVIDIA, and it won't use your GPU, ensure you have OpenCL installed.

When you're setting it up and it asks you for a team ID, enter "245680" (stats page) which is the GamingOnLinux ID and we can work together to make a better world. Right now, my GPU is purring away working on Folding, come and join me.

You might see errors and delays, as they've been a little overwhelmed. Eventually though, it should assign your PC some work to do to help. They did a little FAQ thread recently on Twitter.

Article taken from GamingOnLinux.com.
Tags: Misc
37 Likes, Who?
We do often include affiliate links to earn us some pennies. We are currently affiliated with GOG, Humble Store and Paradox Interactive. See more here.
About the author - Liam Dawe

I am the owner of GamingOnLinux. After discovering Linux back in the days of Mandrake in 2003, I constantly came back to check on the progress of Linux until Ubuntu appeared on the scene and it helped me to really love it. You can reach me easily by emailing GamingOnLinux directly.
See more from me
Some you may have missed, popular articles from the last month:
111 comments
Page: «11/12»

View PC info
Don't take a massive setup to get to them numbers depending how long he's been doing it.

Am only doing GPU whilst computer is on a few hours in a day and a few in evening and am 5th.

I would leave it on but just don't get the tasks to do.
2 Likes, Who?

Quoting: scaineI have to say, Dubigrasu, you've really knocked this out of the park:

You're the fourth top contributor overall and I see that GOL has moved up to rank "558 of 252994". Insane. Especially when you view the top contributors and many have literally only contributed to GOL!!

Incredible and nothing to feel guilty about if you need to reign it in a little. I went for two or three weeks without any GPU jobs for the same reason, but without GPU, you're only really scoring about 10K a night, whereas you can easily top 200K a night if you use your GPU (I'm on a GTX 1080). But wow, does the PC get hot!

Wow! Impressive! My setup is running at about 90k per day, (CPU + 2 GPU, full load)... May we deduce that AMD is better than Nvidia for this kind of stuff too (like bitcoin mining)?

Mining with GPUs had two peak periods (AFAIK), one about ten years ago, and another more recent craze (the one that caused a GPU shortage/price increase). No idea what people use these days for mining, but during the first peak everybody used AMD. There was practically no Nvidia rig whatsoever. And as a side note, AMD+Linux was the preferred method, especially for bigger rigs/farms. Is likely that GPU mining introduced many people to Linux back then.
As for folding, today, if you look at the stats you'll see Nvidia as the preferred hardware, whatever the reason might be.
https://stats.foldingathome.org/os

Folding is something different, I guess. People are building machines for mining, but I guess they are mostly using existing rigs for folding. And most fast GPUs sold are from Nivida...

How comes you can contribute that big? You're admin somewhere? :)

No, I only use three cards, one is my RX 590 and two HD 7970 on another setup.
The setup in question is one of my old mining rigs, which had at the time 6 cards on it. However I cannibalized it since, and it was complicated to fully restore.

You see, you can't easily put more than 3 cards on one board. Well, technically you can but you're faced with two problems, heat and power consumption. If you stick too many cards, the cooling is a big problem (cards are too closed together and the air flow is impeded) and the power flowing through the circuit traces on the motherboard can literally caused a fire. Yeah, that happened enough times, and this is not caused by the GPU power consumption, but by the fans :) Yeah, 6 fans running at full speed are drawing enough power to do that, because they don't get their power from those separated big power connectors, but from the motherboard itself.
So we used to mount the cards away from the board with PCI extenders and those extenders had separated feeds for the fans. We also used sometimes a second power source for the same motherboard. And even with all that, some connectors could get a little hot and make you nervous. Worth noting that this was mining, 6 GPU full load + 6 fans full throttle 24/7. Gaming no matter how intensive doesn't come even remotely close to that.
I still have all the parts somewhere in some boxes, but I'm not going through all that again. So I "revived" only two cards, much safer.

But again, that was back then (and relevant particularly to mining) and stuff might be changed since, and this was only part on topic...too much coffee I guess.

View PC info
I didn't realize adding a passkey would almost 10X the points received...totally haven't been folding for over a month without a passkey. Fixed.

It's been fun watching the GoL team climb. Looking forward to the boost I can give it now with a passkey.
0 Likes

View PC info
Ok, please help, i foolishly upgraded my Kubuntu 19.10 to 20.04 and FAH control does not work anymore. The web control is nearly useless as you cannot pause or finish a process (just pause all folding altogether)

In fact FAHcontrol has been removed during my upgrade. And i cannot install it. When i try the CLI intrcution to force the dependenties it tells me


I tried to install them via synaptic and apt in the CLI but it seems they have been discontinued by canonical. In short you cannot run FAHcontrol on a modern ubuntu. And my old xubuntu 18.04 LTS is dead and unusable.

View PC info
Thank you very much. Merci beaucoup ! I will try that.

In the meantime, i copied the help of the CLI FAHClient and i found an uncomfortable way to start or pause a slot.

I will try your link !

View PC info
Aaand ! problem solved ! I just had to install the GTK librairies and i have a nice FAH control ! Thank you very much et mille mercis !

What a community here !

Quoting: DedaleAaand ! problem solved ! I just had to install the GTK librairies and i have a nice FAH control ! Thank you very much et mille mercis !

What a community here !

Glad to be of help.

View PC info
By the way, the results of our collective works are coming:

The mobilization stays strong. We still develop 1.5 exaFLOPS. The peak was at 2.6. It was more compute power than the whole TOP 500 supercomputers reunited. Added, they developed 1.6 exaFLOPS.

The new TOP500 are at 2.23 exaFLOPS now. Some more about those supercomputers for the curious: https://www.top500.org/news/japan-captures-top500-crown-arm-powered-supercomputer/
0 Likes
« 1«11/12»
While you're here, please consider supporting GamingOnLinux on: