A huge update for the Linux overlay layer, MangoHud, as it can now work with OpenGL games in addition to Vulkan making it many times more useful and awesome.

Quick reminder: MangoHud can show useful information on top of games like: FPS, RAM/VRAM use, disk reads, frame timings, temperatures, it can benchmark and a whole lot more.

Today, they released MangoHud 0.3.0 and the headline feature is it now supporting OpenGL so it's not locked to Vulkan now. Additionally you can now just use the "mangohud" command to load either the OpenGL or Vulkan HUD and "mangohud.x86" for 32bit OpenGL. So try it you can just do "mangohud vkcube" or "mangohud glxgears" and "MANGOHUD=1" also still works for Vulkan.

Plenty more was added to the HUD to show things like IO read and write for the app, Vsync for OpenGL, GPU Core and Memory clock, time format, set the length of logging time for benchmarking, you can change the colouring of HUD elements and so on. Lots new, all sounding amazing.

Here's a demo of MangoHud being used with the OpenGL game Counter-Strike: Global Offensive showing off some of the new bits: 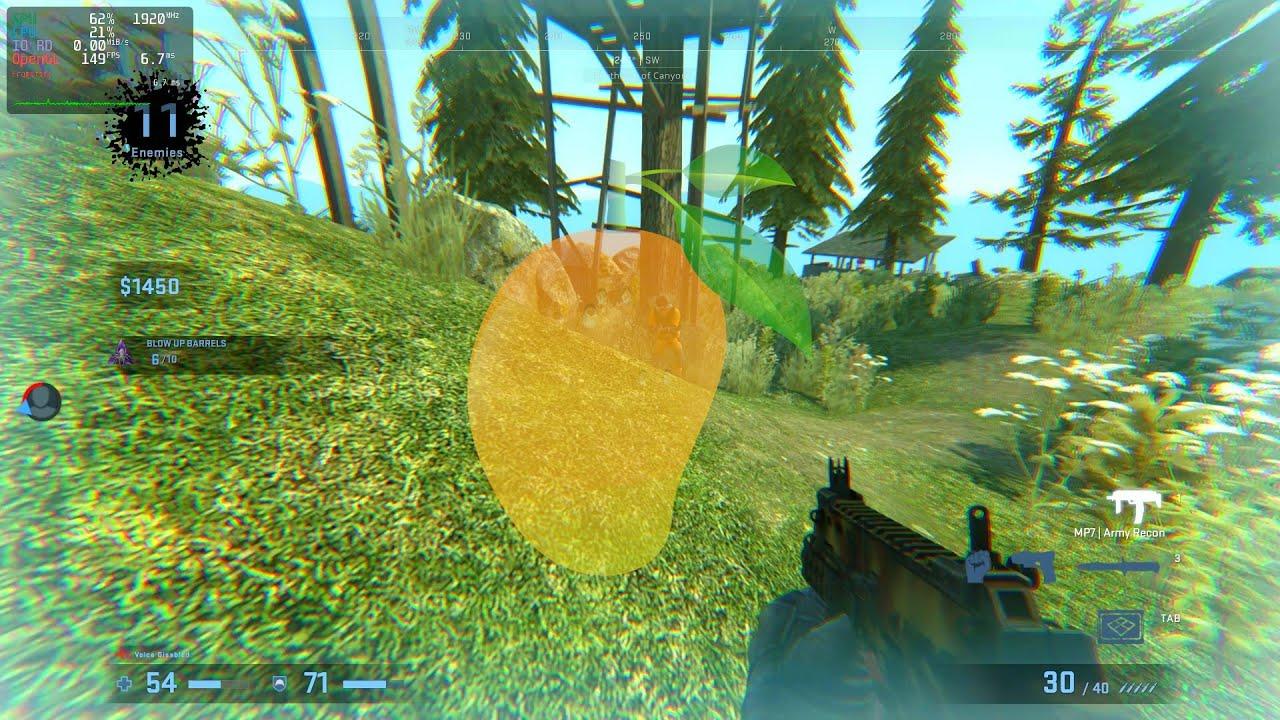 The new OpenGL support works the same as for Vulkan games, you can add this below as a Steam launch option to show it:

For use outside of Steam, it's just this:

See MangoHud on their GitHub. Incredible work from everyone involved! This is truly becoming the go-to all you need overlay layer for Linux gaming.

Article taken from GamingOnLinux.com.
Tags: Open Source, OpenGL, Vulkan
23 Likes, Who?
We do often include affiliate links to earn us some pennies. We are currently affiliated with GOG and Humble Store. See more here.
About the author - Liam Dawe

I am the owner of GamingOnLinux. After discovering Linux back in the days of Mandrake in 2003, I constantly came back to check on the progress of Linux until Ubuntu appeared on the scene and it helped me to really love it. You can reach me easily by emailing GamingOnLinux directly.
See more from me
Some you may have missed, popular articles from the last month:
The comments on this article are closed.
22 comments
Page: «3/3
Linuxer 11 Apr, 2020

Quoting: LinuxerSo that's where i am, any ideas?

You don't need to build MangoHud, unless you need the latest changes. Download the release package instead
https://github.com/flightlessmango/MangoHud/releases/download/v0.3.0/MangoHud-v0.3.0.tar.gz

just unpack it and run ./mangohud-setup install and you should be good to go

It just does not fly:

Quoting: LinuxerSo that's where i am, any ideas?

You don't need to build MangoHud, unless you need the latest changes. Download the release package instead
https://github.com/flightlessmango/MangoHud/releases/download/v0.3.0/MangoHud-v0.3.0.tar.gz

just unpack it and run ./mangohud-setup install and you should be good to go

It just does not fly:

i dont think you should install this as superuser. just with your username
0 Likes
« 1«3/3
While you're here, please consider supporting GamingOnLinux on: