Oh hell. This comes shortly after Intel had another one announced that was 'unfixable', plus one for AMD too and now this all in the space of a month. Rough time right now, for Intel specifically on this one.

LVI turns previous data extraction attacks around, like Meltdown, Foreshadow, ZombieLoad, RIDL and Fallout, and defeats all existing mitigations. Instead of directly leaking data from the victim to the attacker, we proceed in the opposite direction: we smuggle — "inject" — the attacker's data through hidden processor buffers into a victim program and hijack transient execution to acquire sensitive information, such as the victim’s fingerprints or passwords.

It's serious, as they claim the difficulty in solving it is much harder than all previous attacks and will require some computationally expensive software patches. They say it may "slow down Intel SGX enclave computations 2 up to 19 times"—ouch.

They give a quick 4-step process to LVI:

You can also see a demo video below: 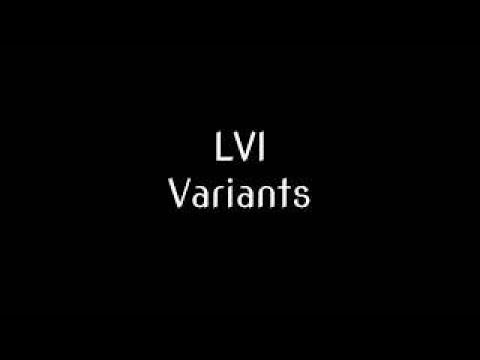 What about AMD? Well, their current assessment is that LVI only applies to Intel processors that have SGX tech. However, it can affect any other processor if they're vulnerable to a Meltdown-type data leakage.

See more about it on the official site and the research paper is found here. You can see the official Intel security advisory here, plus a list of affected processor products here. Additionally, Intel have their own deep dive here.

Comandante Ñoñardo 10 Mar, 2020
View PC info
This is why we need another player in the x86 CPU market: Nvidia
0 Likes

View PC info
Another day, another Intel security disaster.
It's not like people warned about this back in 2014 or anything.

I'd love to see RISC-V be a viable desktop architecture. We need fully open source CPUs to help with security issues like this.
5 Likes, Who?
Purple Library Guy 10 Mar, 2020

Quoting: dpanterAnother day, another Intel security disaster.
It's not like people warned about this back in 2014 or anything.

Interesting article. As soon as they described just what the point of SGX was, I immediately thought "Wait, couldn't you use that to make malware that was basically unfindable and undeletable?" and, later on in the article, it indeed brings up that exact issue.
I don't really know anything about computers, at a technical level. If I could figure that out in three seconds, why couldn't the engineers at Intel?
3 Likes, Who?

View PC info
Is SGX actually used in any way on a standard Linux desktop though?
0 Likes

Quoting: Purple Library GuyI immediately thought "Wait, couldn't you use that to make malware that was basically unfindable and undeletable?" ... I don't really know anything about computers, at a technical level. If I could figure that out in three seconds, why couldn't the engineers at Intel?

Not an expert on the issue, but my bet would be DRM and enterprise environments where they want to lock down and control everything. Many of those "security" and "management" applications are not that dissimilar from spyware in the first place. At least that was probably the original intent. In practice I am yet to see this used for anything other than an attack vector.
1 Likes, Who?

God no! Not them!
They are as unfriendly towards open source as a vendor can get. Also don't forget their GPUs already have security flaws to begin with.
11 Likes, Who?

Quoting: CybolicIs SGX actually used in any way on a standard Linux desktop though?

No. There exist a Linux SGX implementation from Intel themselves, but I am not aware of any application actually using it for anything. Definitely not on your regular desktop at least.

Quoting: dpanterAnother day, another Intel security disaster.
It's not like people warned about this back in 2014 or anything.

As mentioned in the article AMD had one as well. The only thing this proves is that when people start looking, they will find something.
3 Likes, Who?
Purple Library Guy 11 Mar, 2020

I'm sure the Chinese will now be doing a crash program, having noticed between the trade war and the epidemic that not making their own is a key strategic vulnerability.
At which point I suppose everyone will get their choice: Do you want to be spied on via American back doors, or Chinese ones?