Today is the big day for Canonical and their partners. Ubuntu 20.04 'Focal Fossa' is officially released as their new LTS (Long Term Support) edition along with other desktop flavours like Ubuntu MATE. If you're moving from the previous LTS, you're in for quite a shock. It's a massive release.

Why use a LTS release over the interim Ubuntu releases? The key point is stability. These releases are supposed to be what you go for if you want the best possible experience.

Some of the main changes include: 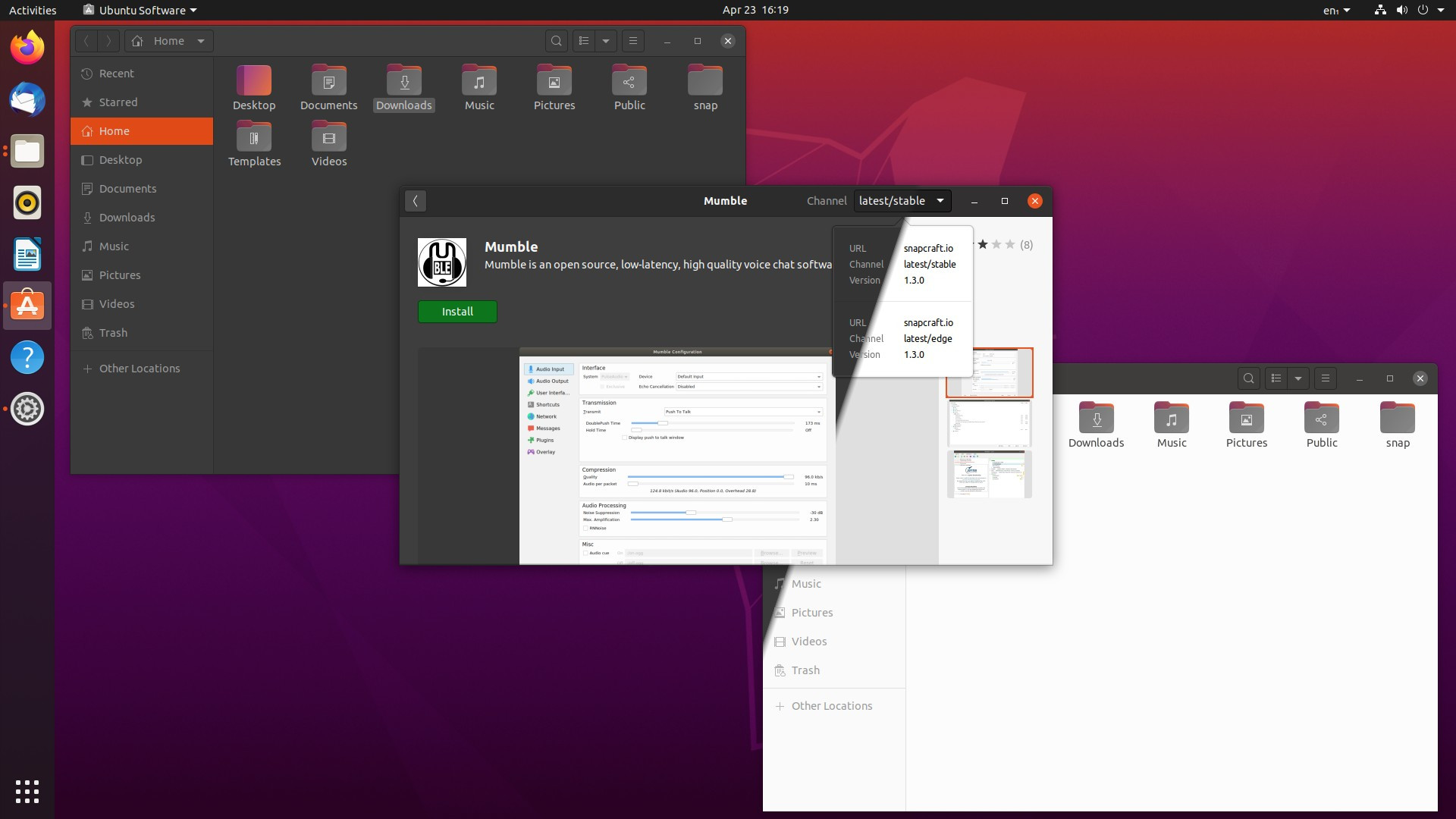 Pictured: A shot to show the difference in the Light / Dark theme.

You can find out more and download from the below links. Your choice depends on which desktop environment you wish to have. Each edition also has their own release notes and highlighted features, with a lot of work going into each one to improve the out of the box experience:

Something else that's worth a read is Canonical's recent survey for 20.04, which they've now published online. Nice to see them be open about things, quite refreshing indeed.

I have to say, I've been running Ubuntu 20.04 during the development cycle as a daily-driver on my work laptop and it hasn't failed me. It's smooth, responsive and it looks fantastic now. They did a great job on tweaking the look. Most importantly though, it's been as stable as a rock. Possibly my favourite Ubuntu release yet.

View PC info
I'm just checking the release, and, omg, it looks and works great, it can be my next daily driver, let's see!
4 Likes, Who?
mcphail 23 Apr, 2020
I'm running Ubuntu Mate 20.04 on several machines and Ubuntu Server 20.04 on a raspberry pi and a VPS. It is a super release and I can't thank Martin Wimpress and the team highly enough.
3 Likes, Who?

View PC info
Also worth mentioning with the 20.04 LTS release a new flavor is born. UbuntuDDE
10 Likes, Who?

Quoting: TimeFreezeAlso worth mentioning with the 20.04 LTS release a new flavor is born. UbuntuDDE

Neither are official, yet, as they need to show a good track record of releases before that can happen. For now they are unofficial remixes.
3 Likes, Who?

fagnerln 23 Apr, 2020
View PC info
An amazing release, I installed it immediately after the release, it's so stylish and runs so smooth. Everything is working great.

1- some trivial thing needs a extension, as a easier way to change the audio output for example.

2- gaming on wayland is curious, it shows more tearing than X when isn't in sync, but it looks and feels better (somehow), I need to do more tests.

I'm very excited with this release.

View PC info
It actually looks like a meaningful improvement in most aspects; there were many important updates to hardware support and big applications since 18.04, which I mostly had to backport or install in some way (newer mesa fixed several games, newer KDE had some nice features and look for those of us that use Kubuntu, newer libre office had a few important features, and I expect the version of wine in their repositories will be less awful). Plus generally looking nice and bugfixes, as always.

But the way they keep trying to push snaps almost makes me want to not update at all, or switch distros permanently. I used to assume that snaps weren't that bad, but after actually having more contact with them I was shocked by how horrible it is. First, snaps had ridiculously bad performance problems; so it was not even a "non-technical users wouldn't even notice" - people did notice, for example how ridiculously slow chromium was. Second, as a system it is way too closed and centralized, which is particularly bad for something that is intended to work across distros (other distros can't just host their own snap repositories, the backend isn't FOSS, and it is entirely developed by Canonical without any cooperation with other distros). And third, Canonical are actively pushing for it to replace other alternatives, which means we can't even ignore it if we don't like it.

I'll wait a bit anyway and probably will update to 20.04 if it isn't too obnoxious to avoid snaps for most things, or if at least it works well. But frankly, I'm already looking to jump boat from Kubuntu, and particularly for something better to recommend for newbies.
4 Likes, Who?

View PC info
It's been 2 weeks, approximately, that I've been running Ubuntu 20.04 on my main gaming rig... I just ignored Snap stuff and installed everything I need from the terminal... In my case one command line on a minimal Ubuntu install:

Comes with Nividia driver 440.84. Quite the best you can get. Gamemode pre-installed... No tearing/stuttering issues, great performances and didn't get a single bug... All my tick boxes are checked. Pretty happy about that release. :)

View PC info
I've been using Kubuntu flavour since the beta was released, not a single bug. Such a quality release, impressive!! good job canonical and team!
1 Likes, Who?

Quoting: eldakingI'll wait a bit anyway and probably will update to 20.04 if it isn't too obnoxious to avoid snaps for most things, or if at least it works well.

sudo apt purge snapd will get rid of snaps entirely. Easy enough.
2 Likes, Who?
morbius 23 Apr, 2020
Ah yes, my next OS has arrived! Thirteen years I've been on Ubuntu, through thick and thin.

Only this time I won't rush to upgrade like I always do, I'll give it some time for early issues to be ironed out, to have more free time myself to properly tweak the system to my liking at to order a NVMe drive to truly enjoy my new OS.

Let me know if someone has installed on ZFS and what are the experiences.
0 Likes
1/5»
While you're here, please consider supporting GamingOnLinux on: