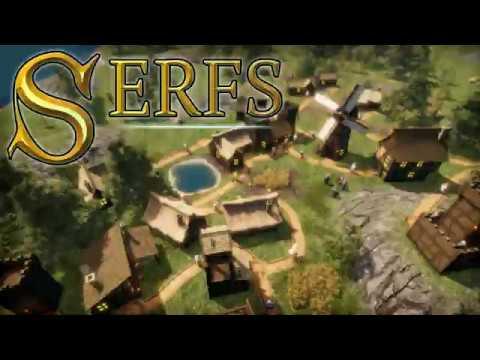 View PC info
Looks great and feels like good old Settlers. Downloaded Linux demo from the website and it just worked on my Fedora 32, so looks very promising, gonna keep an eye on it.
1 Likes, Who?
Purple Library Guy 21 Apr, 2020
Serf's up!
0 Likes

View PC info
That looks really interesting! Thanks for the article. I am happy to support the developer.
0 Likes
Heath 22 Apr, 2020
Maybe some of you were too young to remember, but the Settlers series original game was called serfs. This is a nice remake.
1 Likes, Who?
K2Software 22 Apr, 2020

There was a mistake in our post, of course we want to write that the email requirement may be removed in the future. Then you only have to enter a key to activate it.

Quoting: Alm888So, you are saying itch.io would not be DRM-free and will be used to redirect customers to Steam in the future, am I right?

We don't want to force the use of steam, so we won't redirect to it. You will have the choice to activate the game manually (like now) or enter it in steam.
2 Likes, Who?
1/2»
While you're here, please consider supporting GamingOnLinux on: