System76 have now fully revealed the 'Lemur Pro' laptop, and not only is it powerful and good-looking it's also their most open laptop yet.

What makes it more open than their previous laptops, and from other hardware vendors? The Lemur Pro uses their own special System76 Open Firmware which includes Coreboot (a replacement for the traditional proprietary stuff), EDK2 and System76 Firmware Apps. Additionally, they also have the open source System76 Embedded Controller Firmware for controlling keyboard, fans, and battery and more. It's a big step towards a fully open model and progress towards removing proprietary code entirely from all their hardware. It's not just aimed at the FOSS crowd though, as System76 founder Carl Richell stated:

"With the Lemur Pro, we wanted to create a laptop that would appeal to both developers and to the broader user," says Carl Richell, Founder and CEO. "The result is a 2.2lbs laptop that delivers 14 hours of battery life or more in one charge depending on your activity, truly allowing you to work from anywhere without worrying about plugging in.".

Want to see some pictures? Click the image below to see the gallery: 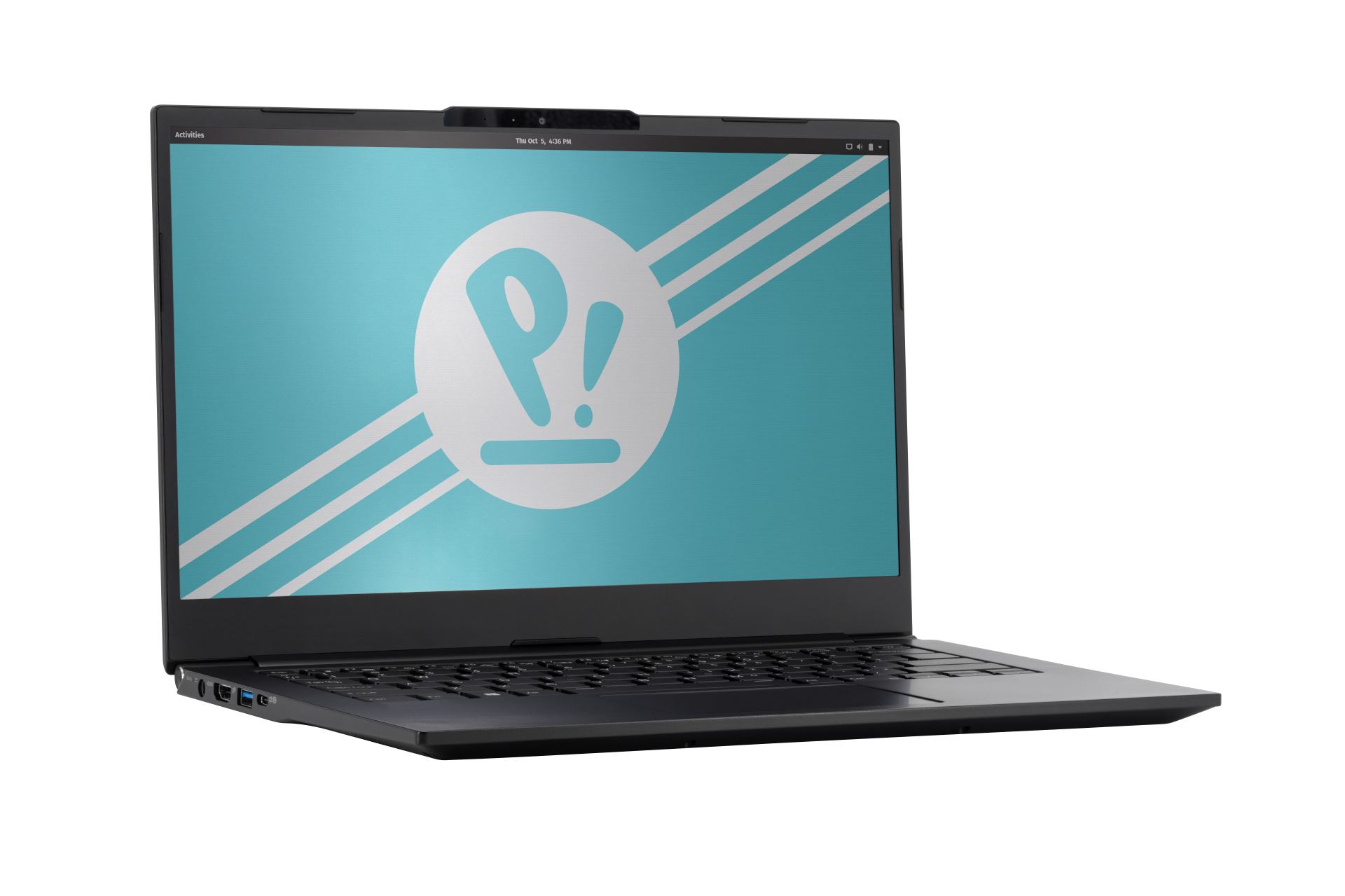 It also has (as shown in the above gallery) a 180 hinge, System76 said this is "for literal complete flexibility in your work station set up". On top of that there's also "USB-C charging capabilities which allows you to hook up your Lemur to an external display while simultaneously charging it". It's full of tricks, and it has the power to back it all up too with "up to" 14 hours battery life depending on how you're using it.

The Lemur Pro starts at $1099 for base configuration, obviously it goes a lot higher if you start adding upgraded specs. The base model is still pretty sweet though, good for work and a bit of play.

See more and order the Lemur Pro on the System76 website.

jordicoma 9 Apr, 2020
View PC info
Anyone knows if this company sells computers to Europe (with the power supply and an non us keyboard layout)?
I do not need a laptop now, but I would consider it for the next one.
3 Likes, Who?

View PC info
I wonder with the large changes to package management that Ubuntu 20.04 is doing, if they'll try to do what Mint does and come up with a Pop_Debian Edition?

I already like Pop_OS! more than Ubuntu, based on them not installing flatpak or snapd by default.
1 Likes, Who?

Quoting: jordicomaAnyone knows if this company sells computers to Europe (with the power supply and an non us keyboard layout)?
I do not need a laptop now, but I would consider it for the next one.

I've heard that Entroware has atleast UK keyboard layouts. Tuxedo computers have bigger variety European layouts, but sadly for me no Swedish layouts :/ Slimbook.es has Spanish, UK and German layouts. I would also like to hear if someone has found a company that sells Linux laptops with Swedish/Finnish keyboard.
0 Likes

I was considering giving it a try even with Intel but not with those configs.
1 Likes, Who?
s0la 9 Apr, 2020
Considering price and intel 10th gen cpu, I would really expect atleast one thunderbolt port..
0 Likes

Quoting: jordicomaAnyone knows if this company sells computers to Europe (with the power supply and an non us keyboard layout)?
I do not need a laptop now, but I would consider it for the next one.

You can buy a nearly identical (but differently branded) variant at tuxedocomputers.com. I guess it comes without the open firmware though. Maybe you can force-install it.
1 Likes, Who?

Quoting: Jewgeni Filippowitsch IwanowskiYou can buy a nearly identical (but differently branded) variant at tuxedocomputers.com. I guess it comes without the open firmware though. Maybe you can force-install it.

Tuxedocomputers uses their tuxedo bios, which is based on coreboot. They also employ coreboot developers and contribute upstream to the project.
3 Likes, Who?
beedee 10 Apr, 2020
https://bestware.com/de/schenker-slim-14.html

Pants down: Tuxedo does not manufacture those things themselves. It's a Clevo L141CU case that are equipped by many companies. You'll find a clone of this device with names like "Via 14" from Schenker (de) or "Lemur Pro 14" at System76 (w/ CoreBoot!). (From
https://www.reddit.com/r/linuxhardware/comments/fvgu0h/review_of_tuxedo_inifitybook_s14_v5_or_clevo/ )

I know for awhile their mobile CPUs/APUs and GPUs have lagged behind in notebook popularity, but the past year or so they've had some serious offerings; yet why aren't these Linux-powerhouse brands like System76, ZaReason or Purism offering *any* AMD setups?

I think it's a legitimate question and would very much love to hear from any one of them about why this is.

I mean, the Ryzen 4000 series is a thing now and will be in end-user hands here probably in the next 6-8 months. I figured someone (in the dedicated Linux laptop realm) would be dying to get something developed to use these beasts and at least announce something.

Maybe I've just been out of touch with everything for too long.

Well, I think business model based on selling Linux and Open Source devices is bit risky in and of itself, and up until now AMD wasn't the best choice in terms of performance, so I can't say I blame them..

But I'm sure that will drastically change as of this year, their 4000 series are killer, and they're even based on their older Zen 2 architecture :D
I'm certain the future is pretty bright for AMD! :)
0 Likes
1/2»
While you're here, please consider supporting GamingOnLinux on: