GDevelop is a free and open source game engine that uses an event-sheet style of making games, dragging and dropping instead of programming line after line. I'm a big fan of such things, as they're a great entry point for people interested in making games and other software.

With GDevelop, they've just recent published version 5.0.0-beta93 which includes a much needed pass over the user interface. It's not so big and in your face, with extra padding everywhere now. Not only that, the UI is more persistent with your changes being saved and restored when opening a scene, extensions or the debugger. 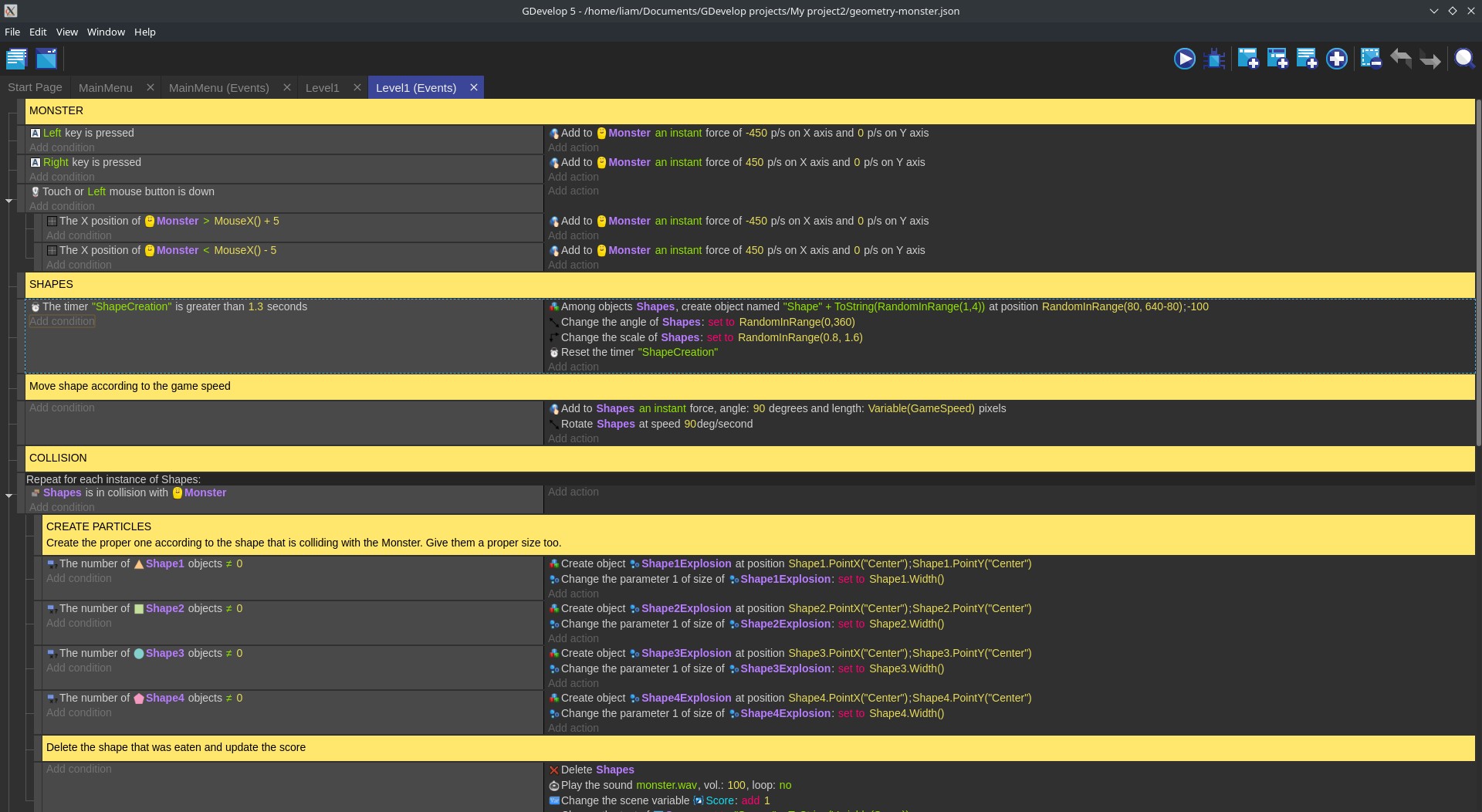 Pictured: The event editor in GDevelop.

Plenty of other UI tweaks went in to make things clearer. Simple things like allowing dialogues to be closed with the ESC key, the new and improved action/condition editor is now the default which is a nice improvement to the flow of it and more. This release also upgrades some of the main components it's built on and there's some healthy bug fixes.

You can see more about GDevelop on the official site or GitHub.

They've also announced that they're participating in the Season of Docs, an initiative to help bring technical writers and the open source community together to improve their documentation. Something obviously vital for a FOSS game engine, which can live and die by how good the docs are. You can read more on that here.

Not only that they're also in the Google Summer of Code, with two students working on GDevelop. One of them will be working on bringing in dynamic lighting and shadows which sounds awesome. More on that here.

View PC info
GDevelop can be used to make web games, can it not? That's really a cool niche to be in I think.
0 Likes
While you're here, please consider supporting GamingOnLinux on: