Cows, vikings and something about aliens is what you will find when you play Cows VS Vikings, a new Tower Defense game that's now available on Linux.

It's surprisingly amusing actually, with a nicely made story introduction about sentient humanoid cows that live in peace with vikings until aliens start abducting them and it leads to war between the cows and the vikings. The way it's told is great though, loved the cut-scene. While it would be hard not to compare it to Kingdom Rush, since they set a good standard for Tower Defense games, they certainly weren't the first and Cows VS Vikings feels quite a bit like it with a fresh setting. 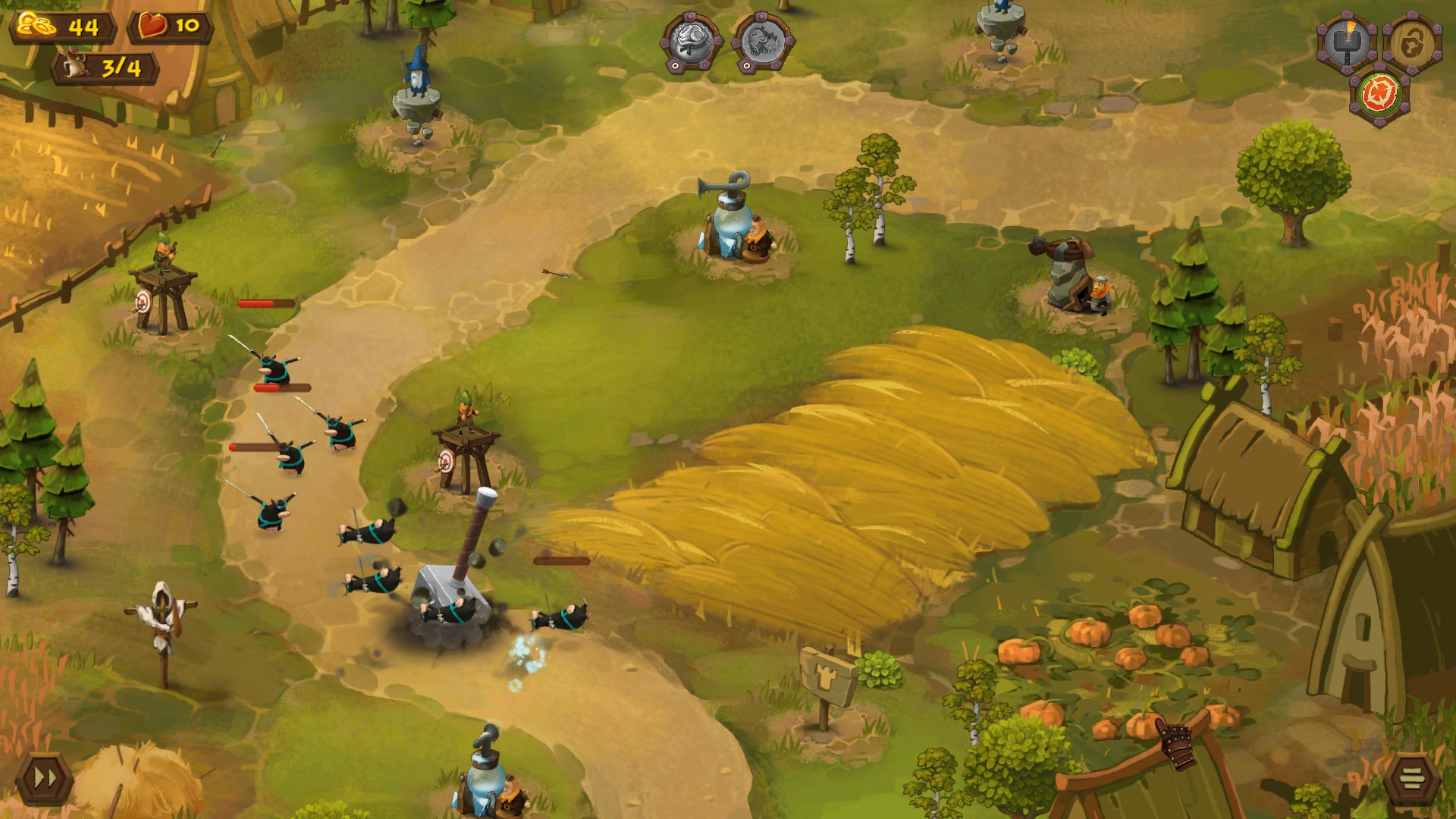 Not all games do well with sprinkling comedy everywhere but this does. Even the enemy unit names and achievements are amusing or should I say—amoosing? I'll see myself out. The tower types you get are fun in action too, like the viking jumping up and down on a big button to spray out some kind of slow-down potion it's just great to see in action. I'll also never get tired of sending down Thor's hammer into a group of cows.

While I enjoy it, I can see it needing improvements in a few areas. There's no info when you hover over things and no extra info to bring up while in a battle that I would expect to see. It also only brings up what towers actually do during the second mission, instead of the first, which is a stupid design decision that needs sorting. Only small things though.

They say it offers:

If you usually enjoy Tower Defense, you might find quite a surprise with this like I did. Even though it's not finished since it's in Early Access, it has a very good user review score on Steam. From close to 200 people giving it a thumbs up and I'm tentatively giving it my own. I will be taking another look when it's further along to see if they fix up niggling issues.

You can find Cows VS Vikings on Steam.

crabel 25 Jun, 2020
I played it quit a bit and I like it. I agree, the game still needs a bit of polishing, a few convenience features here and there but it already works quite well. I guess, the developers agree too, since it is only "Beta 0.8". In general, it is better than most. There are not too many Tower Defense games on desktop that are worth playing. This one is nice.

On Linux there is still one issue with videos, they won't play since they are not in the right format, but the developer said it will be fixed soon. While the videos are actually quite nice, it isn't such a big deal. I had no issues playing the game itself.
0 Likes

Quoting: crabelOn Linux there is still one issue with videos, they won't play since they are not in the right format, but the developer said it will be fixed soon. While the videos are actually quite nice, it isn't such a big deal. I had no issues playing the game itself.