Asset Forge, a seriously useful program to help anyone make models and sprites for their games has a big 2.0 revamp that's in preview and it's now on Linux. Asset Forge 2 is a complete re-write, aimed at making it more feature-filled than ever.

The original version has been on Linux for some time but initially the 2.0 version was Windows only, that changed with the release of Asset Forge 2.0 preview-1e on June 23. Not only does it bring in Linux support, it also added new features and tutorials.

How does Asset Forge work? It gives you a big selection of blocks you can stick together with various tools to position, stretch, rotate and so on to make all sorts of wild creations. 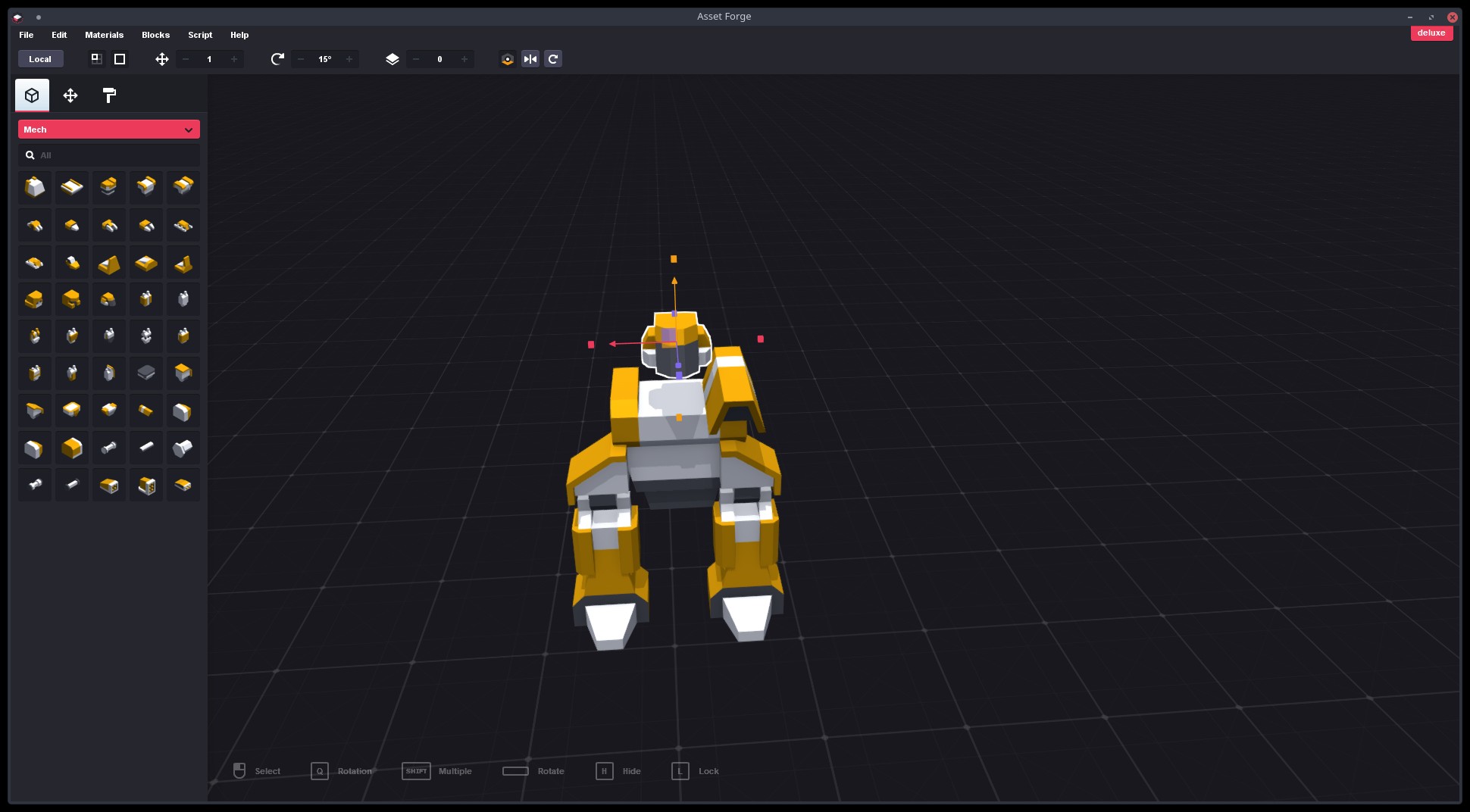 If I can easily begin hacking together a robot in minutes, imagine what you can do.

It also supports custom blocks, so you can make stuff in something like Blender and then import it in to re-use your own creations and extend Asset Forge further. Then you can export them into various formats (like OBJ, FBX, DAE (Collada), STL and glTF) for game engine support across Unity, Unreal Engine, Godot and so on as 3D models or 2D PNG sprites from various directions. The idea of Asset Forge is simply fantastic.

Available in two versions: standard and deluxe with different amounts of blocks to use.

View PC info
If the art style seems familiar there is properly a good reason for it ;) The program is made by Kenny ( https://www.kenney.nl/ ) who has made some fantastic asset packs you properly seen before

View PC info
It seems like a cool concept on paper but it will probably end up generating easily recognizable models across games. Similar to how many people know and avoid using the clipart collection from microsoft word.
0 Likes

View PC info
I'd totally love a tool like it, because I am...errrm...not too great at 3D modelling. If it would just come with assets in a different art style.
0 Likes
Purple Library Guy 25 Jun, 2020

Quoting: KimyrielleI'd totally love a tool like it, because I am...errrm...not too great at 3D modelling. If it would just come with assets in a different art style.

Still, if you can find some assets, you can import them and then mangle them.
0 Likes
While you're here, please consider supporting GamingOnLinux on: