Core Defense is a Tower Defense game at it's core but it's quite unusual in how it sprinkles in the content and it's out now with full Linux support. After being in Early Access on itch.io for a few months, it's looking good.

It takes the usual wave-based approach from your typical TD game but instead of giving you set tower types and specific placements, it's a little more open-ended. As you progress through the waves, you build up your defences based on what cards you pick as rewards, a little like a deck-builder and you use these unlocks to gradually build through the blank canvas of a map you're given.

It's a thoroughly streamlined and easy to get into Tower Defense game that does make you think differently, it's good fun and it has scratched more than a few itches of my own. It gives you that feeling of needing to push through one more wave, and sometimes you get the need to run through it entirely fresh again. It's satisfying when you really build up a good hand of towers and upgrades.

Think you're good at TD games usually? Core Defense will firmly test that, across 20 different difficulty levels with each being picked when you start a fresh game. It ranges from 'Hard', which amusingly is the base difficult level (at least it's honest) up to 'Overload 20' which ends up giving enemies much higher health, higher speed, higher damage and so on. It's thoroughly kicked my buttocks more than a I would care to admit. 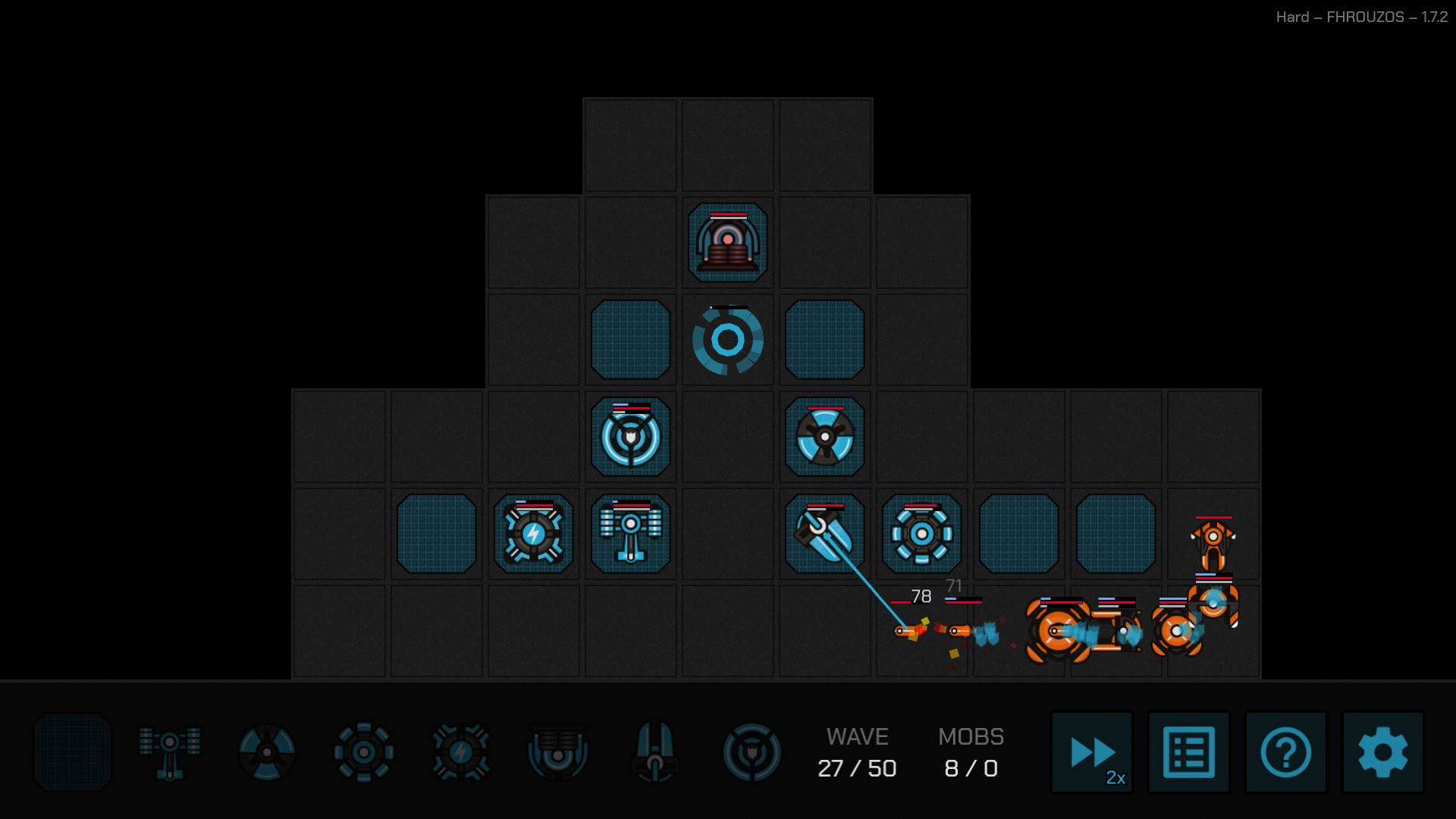 Mechanically speaking, Core Defense is relatively simple but that's part of the hook. It's straightforward on the surface but deep enough with how you progress through it that coming back again and again remains fun. When you start throwing in upgrade after upgrade, some of your towers can become absolute monsters. You often just get to sit back and watch the fireworks as your towers give 'em hell. It's needed though because some enemies are also ridiculous.

Also love the infographic it can save for you, a really nice touch. 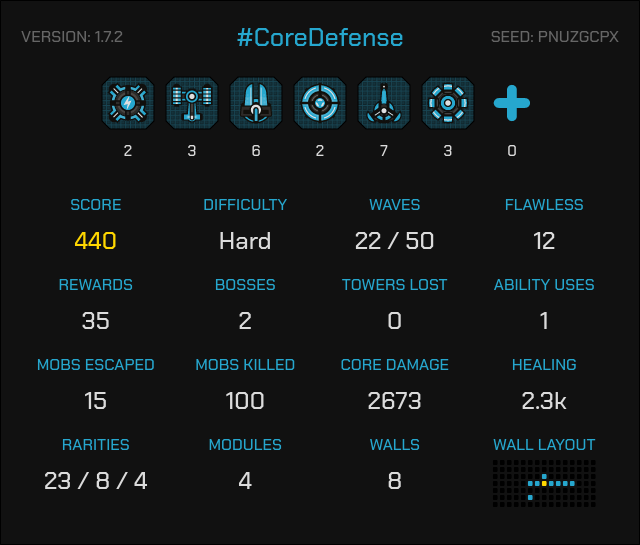 Overall it's this fun back and forth between picking upgrades and building your deck, moving your little maze around and then taking on another wave that just makes me want to click Play again.

You can buy Core Defense on itch.io and Steam.