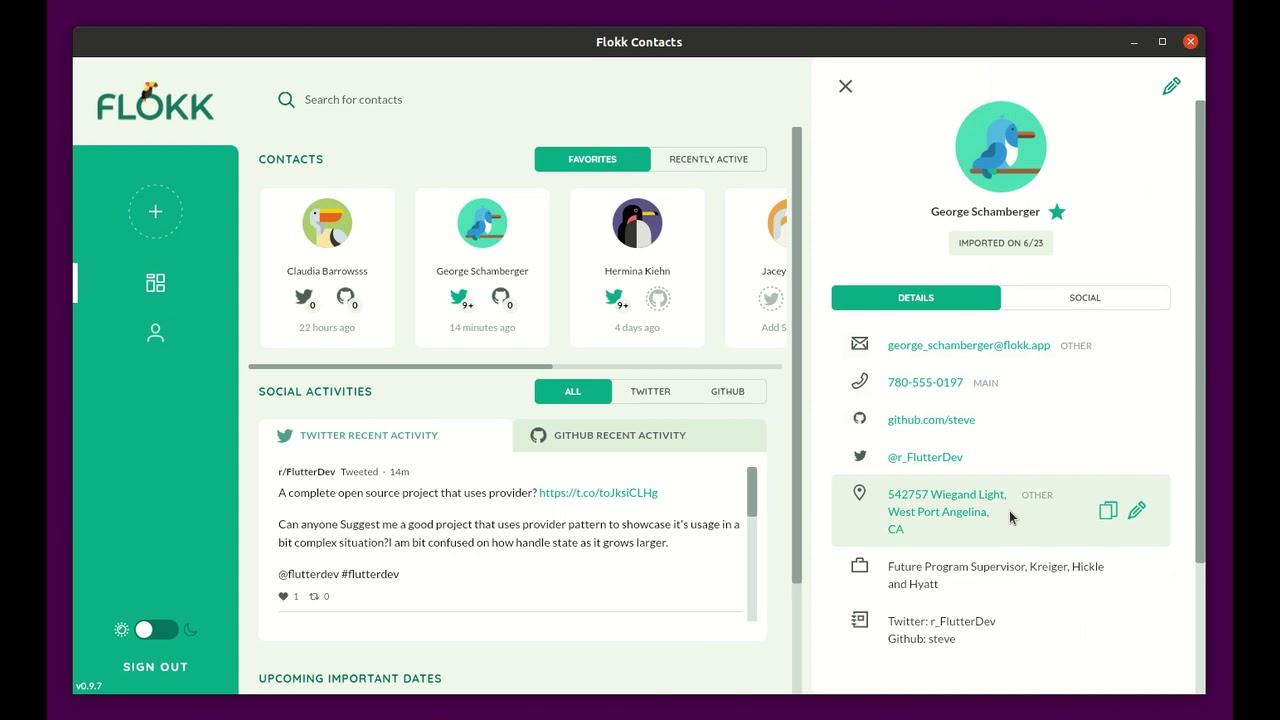 apocalyptech 8 Jul, 2020
View PC info
I'm always happy to see new options available on Linux, but maaaaan do I despise the mobileification of desktop UIs. One of the reasons I ditched Gnome once they got to v3. My desktop is not a phone, and shouldn't try to pretend to be one. I know I'm a bit of a dinosaur, but I want my desktop to take advantage of the fact that I've got a large monitor and don't need buttons to take up a quarter of the screen, or be reduced to little stylized icons just 'cause that's all that'd fit on a phone screen. Like that gigantic green waste of space on the left in that thumbnail up there, lack of proper menus, popups which insist on being in-window which don't let me take advantage of any of my Window Manager's native features... Just ugh.

View PC info
I'm with apocalyptech. I've spent a few minutes trying to figure out what the tech behind Flutter really is (because if it's some abomination like Electron I wouldn't want to touch it), and the following gem caught my eye: