Making it Home definitely looks a bit odd. You're a ladybug, building a big contraption to travel from one side of America to the other. Certainly is a peculiar setting that sees you bounce around your vehicle, hoisting sails, squeezing bellows, and spinning propellers. It's the kind of bizarre that looks so quirky it might actually be quite fun.

Pill Bug Interactive have now announced that Making it Home will be releasing into Steam's Early Access on August 6, and they plan to stick there for around 6 months. 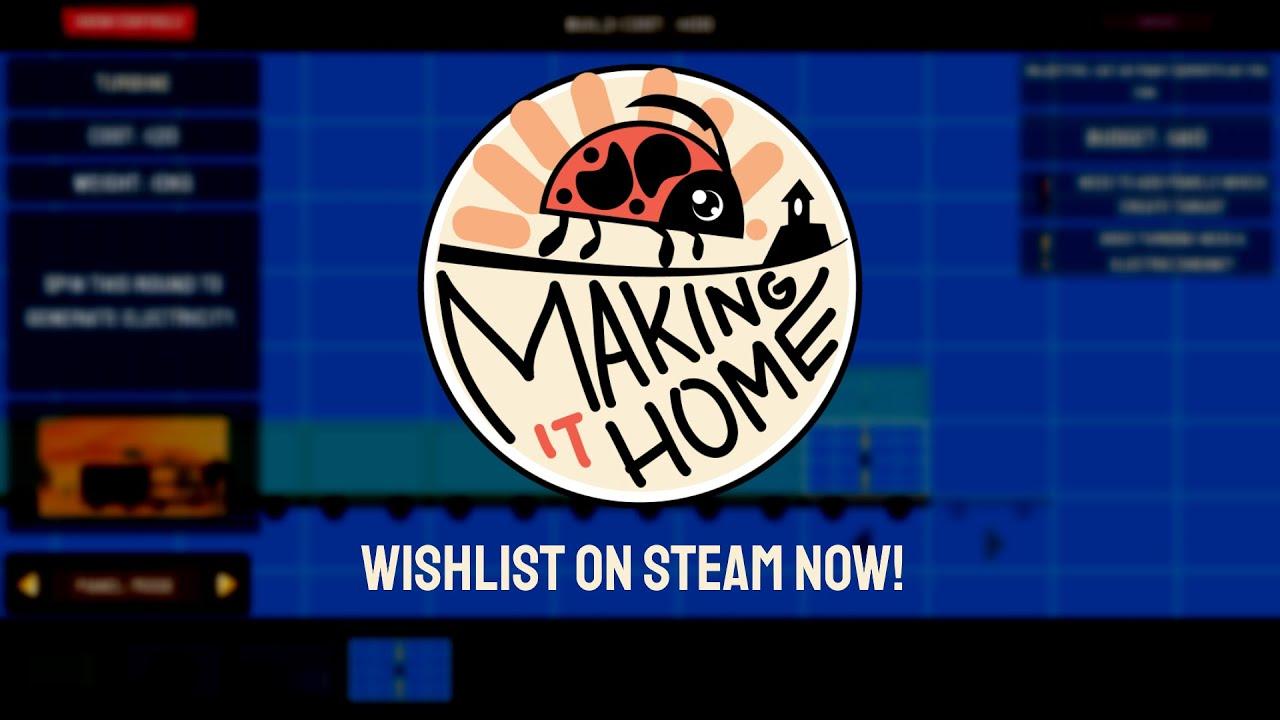 Pick your route across the USA, getting to know quirky animal friends (and foes) along the way. Explore the interactive narrative written by David Towsey (The Walkin' Trilogy, Widow's Welcome) while the original sound track by Jordan Rees (Whose music is regularly used in blockbuster film trailers by studios including Universal Pictures, Warner Brothers, 20th Century Fox, Lionsgate and Studio Canal and is used by major television broadcasters including BBC, ITV, SKY, HBO, MTV, Channel 4 and Channel 5.) keeps you in the mood for a road trip.

While in Early Access they plan to add more content (like additional story sections) and fix up issues as they come up, as they said it's already around "two-thirds" complete. Currently there's 24 different vehicle components, 7 different challenge types, 2 boss encounters plus leaderboards for daily / weekly / monthly challenges.

View PC info
I watched the video (without sound) and I have no idea what I just saw. So definitely different.
0 Likes
While you're here, please consider supporting GamingOnLinux on: