A little midweek Zombie hunting? Sure, why the heck not. 7 Days to Die has a big upgrade out with Alpha 19. 7 Days to Die has become, slowly, one of the best open-world survival games around. They've gradually built it up with some seriously great features and Alpha 19 has continued that effort. 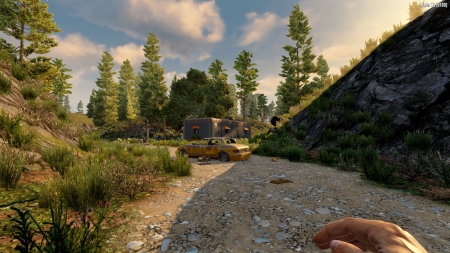 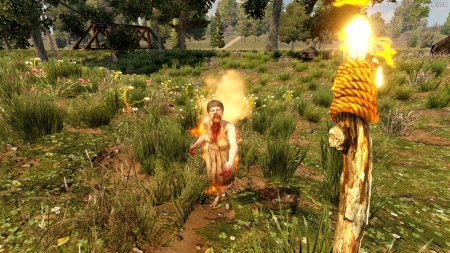 Saving the best for last: the Food and Water Bars have been added back to the UI.

One issue we've already seen in our testing on some machines (doesn't happen on all), is that when you go to make a new character they might not have a face…just some floating eyes. Slightly hilarious but if you see this issue, removing all the configuration files and saves fixes it. Found in "~/.local/share/7DaysToDie" and "~/.config/unity3d/The Fun Pimps/7 Days To Die".

Full list of changes here. You can pick it up on Humble Store and Steam. Our livestreamer / Zombie slayer will be taking a look at it so be sure to follow us on Twitch so you don't miss it.

Article taken from GamingOnLinux.com.
Tags: Humble Store, Indie Game, Steam, Survival, Update, Zombies | Apps: 7 Days to Die
16 Likes, Who?
We do often include affiliate links to earn us some pennies. We are currently affiliated with GOG, Humble Store and Paradox Interactive. See more here.
About the author - Liam Dawe

wintermute 21 Aug
View PC info
It's been a while since I tried this, have they added an option where local co-op players spawn in the same location rather than miles apart?
0 Likes

Quoting: wintermuteIt's been a while since I tried this, have they added an option where local co-op players spawn in the same location rather than miles apart?

Not officially, but if you use NitroGen to generate a world and start on that, there *is* a 'shared, single spawn (Co-Op)' option that I've used with success on our private servers.

You don't get to pick *where* that spawn is... but it does start you all together. Plus, you get a ton more options for tweaking worldgen, including importing your own height and biome maps if you want.
0 Likes

Quoting: g000hI have found while I'm playing that I can often craft a tool quicker than I'll find one in loot.

Yeah and I think this is a good change since it really makes those related crafting perks feel more complete and significant...if only you can find the goddamn parts to craft the item in the first place. As just one example, I had the ability to craft a crossbow by like lvl 5 or so but I didn't actually find enough parts until lvl 30ish. By that time, I'd already bought a lvl1 crossbow from the trader and even if I dismantled it to craft a better version, I STILL wouldn't have enough parts. This drives me crazy since it happens with pretty much every item.

1. Items shouldn't require so many damn parts to craft.
2. Parts need to be more prevalent in loot and from the trader.

These two points could help put more emphasis on perk spending so that you feel more like you have a real character "build" as in other games. This seems to be the direction they're heading anyways.

..now that I think about it, maybe the perk for something like archery could just increase the chance of finding parts for that type of item. I don't think this is how it currently works...at least it doesn't feel as such.

Also, beakers and acid (to make a chem station) are still way too rare. At least let me buy some from the trader.

View PC info
Wow, great detail in the comments. Nice! It's really nice to get that kind of info here.

I've had the game for a couple years now but did not enjoy it much long ago. I've been waiting for it to bake in the oven since then.
0 Likes
«2/2
While you're here, please consider supporting GamingOnLinux on: