Braid is getting a much upgraded Anniversary Edition releasing in 2021

Braid, the indie puzzle-platformer from Jonathan Blow is getting a huge overhaul with a new Anniversary Edition that's due out sometime in 2021. It's something of a classic and became quite a big hit, it was also one of the early bigger indie titles to come to Linux.

Sounds like it's going to be a massive improvement, which includes David Hellman returning to do the repainting. Extra animations are in, upgraded sound effects and music and so on. They explained the point was to upgrade it and not do a "Star Wars Special Edition" to change how some things were done to the story. There's even going to be a toggle to switch between old and new which is always fun to play with in a game. Developer commentary is also going to be in, with their plan to have it as the "craziest, most-in-depth commentary ever put in a video game". 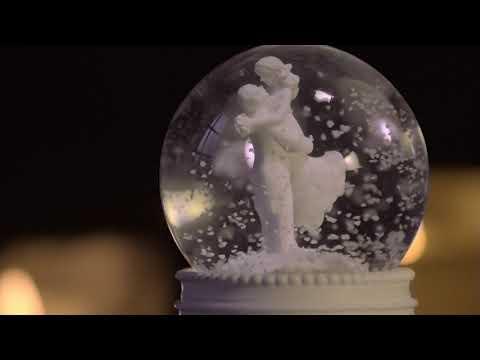 The great news is that it's confirmed to be coming to Linux too. As the official website notes, which was written by Blow, their plan is to simultaneously ship across "PlayStation 4, PlayStation 5, Xbox One, Xbox Series X, Nintendo Switch, Windows, Mac, and Linux".

No exact release date given, other than sometime in Q1 2021.

View PC info
I hope this Edition will come to GOG too!
2 Likes, Who?

View PC info
This was such a good game and still is.
I'd like to get my hands on new levels. :/
0 Likes

Plintslîcho 7 Aug, 2020
View PC info
One of the most beautiful games I've played. The soundtrack alone is wonderful.
As Cyril said, I hope they'll release the game on GOG.com too. It'll be a day one purchase then.
0 Likes

CFWhitman 7 Aug, 2020
View PC info
I got the original game in a Humble Bundle, but I've never gotten around to playing it from my back catalog. I've always intended to; it just hasn't happened yet. I know that it's supposed to be a classic, and I should have gotten around to playing it long before now. Maybe this will prompt me to move it up my list and get to it soon.

begui 7 Aug, 2020
View PC info
Surprised he is still supporting Linux considering his statements in the past.. Glad to see it coming.. fantastic game..
0 Likes

Quoting: beguiSurprised he is still supporting Linux considering his statements in the past.. Glad to see it coming.. fantastic game..

This was an external port by Icculus.

Blow wanted to be part of the back then quite lucrative Humble Indie Bundle.
But this required to have a native Linux build.
He most likely hated Linux already at that time - it was just for the money and I guess it paid.

I bet he simply wants to avoid a shitstorm by not supporting Linux with the update.
Probably not such a big code change anyhow.

But I wouldn't expect him to support Linux with any new project.
2 Likes, Who?

View PC info
OMG OMG OMG ! This was one of my favorite games. I loved it, and I think I will buy this on release BUT, I would personally prefer if I could somehow buy it as a DLC and have only 1 entry in my Steam list since technically is the same game with just a UI update, but I would prefer to pay that UI update and have it as a 1 entry in my steam list.
0 Likes
While you're here, please consider supporting GamingOnLinux on: