I have to admit, Cursed Gem is quite a nice surprise. Throwing in a little comedy into a challenging pixel-art platformer. Note: key provided by the developer.

You play as Oliver, off on a quest to explore a newly uncovered mine in search of the perfect Diamond to help propose to your beloved. As you might expect, things don't go as planned and you end up getting trapped, cursed to never die but never be able to leave. Lucky for you, there's a friendly talking skeleton named Jerry to guide you on your way to make it out alive. 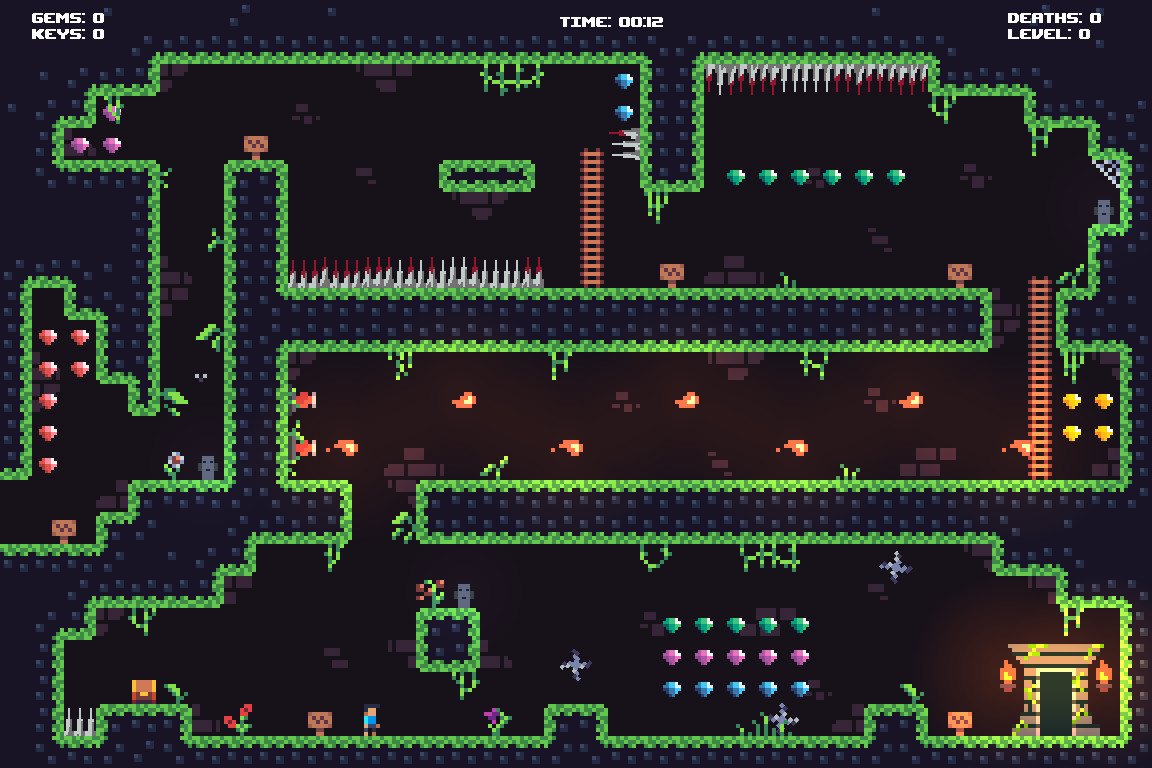 Linux support is excellent, since it was built with the brilliant Godot Engine. No problems encountered.

The dialog in Cursed Gem reminds me of Slay the Spire, using fancy wobbly text to convey emotion and important bits, it's amusingly done. I shouldn't laugh but the English translation is also what makes it slightly funny. It's not terrible but there's a few issues that made it a bit more amusing than it probably should be. The developer AikonCWD, is from Spain so English is not their first language. The music too helps the slightly comedic atmosphere that genuinely together put a bit of a smile on my face.

As for the actual gameplay the developer mentioned to me that their aim was something like a mix of Celeste, Super Meat Boy and The End is Nigh and they actually hit a good note between all of of them I think. If you love repeatable platformers to get better times, collect everything and challenge yourself then Cursed Gem should be next on your list.

You can find Cursed Gem on Steam.

Gobo 5 Aug, 2020
View PC info
I played the demo over at gotm.io (directly in the browser) and it really is fantastic! Don't let the looks fool you, this gets tricky rather quickly. Some check points have you redo half a screen every time you fail a challenge, so it took me some time. The sidekick commentary is funny.

View PC info
Something about the small-sprite style of platformers like this makes me nostalgic for the MS-DOS days and all the shareware games I used to collect. I'll have to check this one out. Bonus points for being built on Godot. Now I want to finish the tutorials I was working through and make a game...
0 Likes
While you're here, please consider supporting GamingOnLinux on: