Dota 2 - The International 10 close to a record for the Battle Pass, new Collector’s Cache

The International 10, Dota 2's upcoming major tournament is getting close to breaking another record for the prize pool. Plus there's a new Collector's Cache up.

Mostly funded by the Battle Pass, where 25% of it goes into the prize pool and the rest to Valve, making it a tidy earner for Valve even with their costs. For the 2019 tournament, the total managed to hit $34,330,068 which was a world record for the biggest prize pool in a single e-sport event. It's looking this the next tournament is going to be even bigger with it currently sitting at $32,655,676. There's still quite a long while to go too, as the current Battle Pass isn't ending until September 19. Looks like we might have another world record on our hands here soon! A lot can happen though, as the actual tournament is no longer happening as planned. Valve delayed The International 10 until 2021, due to all the issues with COVID19 making travel a bad idea.

Helping with that Valve also released The International 10 Collector’s Cache Volume II on August 14, containing a set of items from the Dota 2 Steam Workshop with a full set for multiple hero favourites. 25% of each sale also goes into the overall prize pool and it's only available for 30 days. I have to admit, the Tidehunter skin turning them into something Cthulhu-like is pretty awesome: 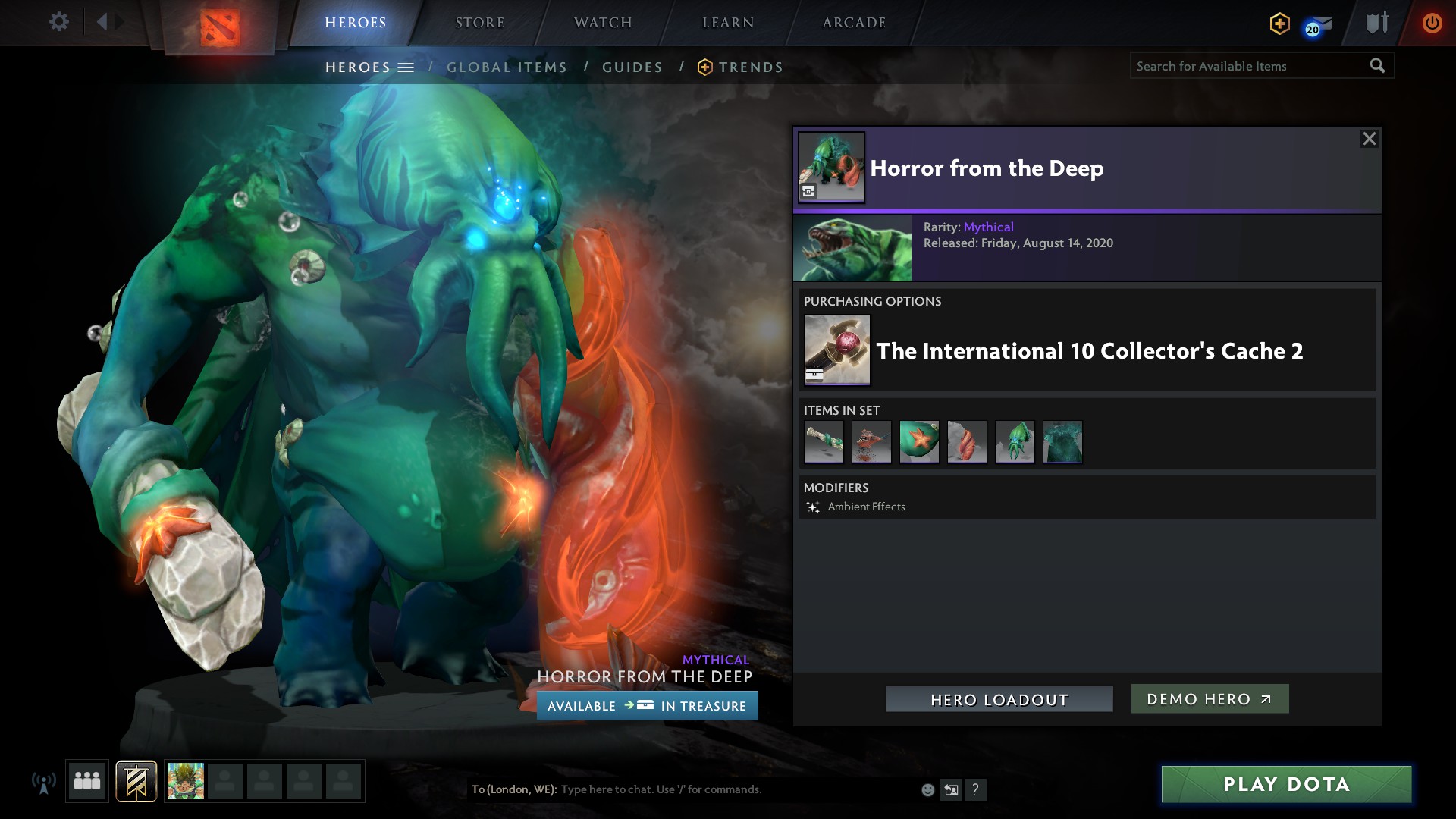 You can play Dota 2 on Linux free on Steam.