Perspective illusion puzzler THE IMPOSSIBLE is out now

Inspired by designs from MC Escher, THE IMPOSSIBLE is a game about moving a box around crazy shapes. Note: key provided by the developer.

Taking the visuals and gameplay, you could compare it directly with hocus due to the style (and mechanics also like the earlier Monument Valley) but Airem have put their own slightly quirky take on it, complete with a Portal GLaDOS-inspired narrator to prod you along. Using simple controls, all you need to do is get the the box across the shape you're given onto the red square. Doing so is not always easy, due to the perspective. It's not impossible of course but it is challenging. 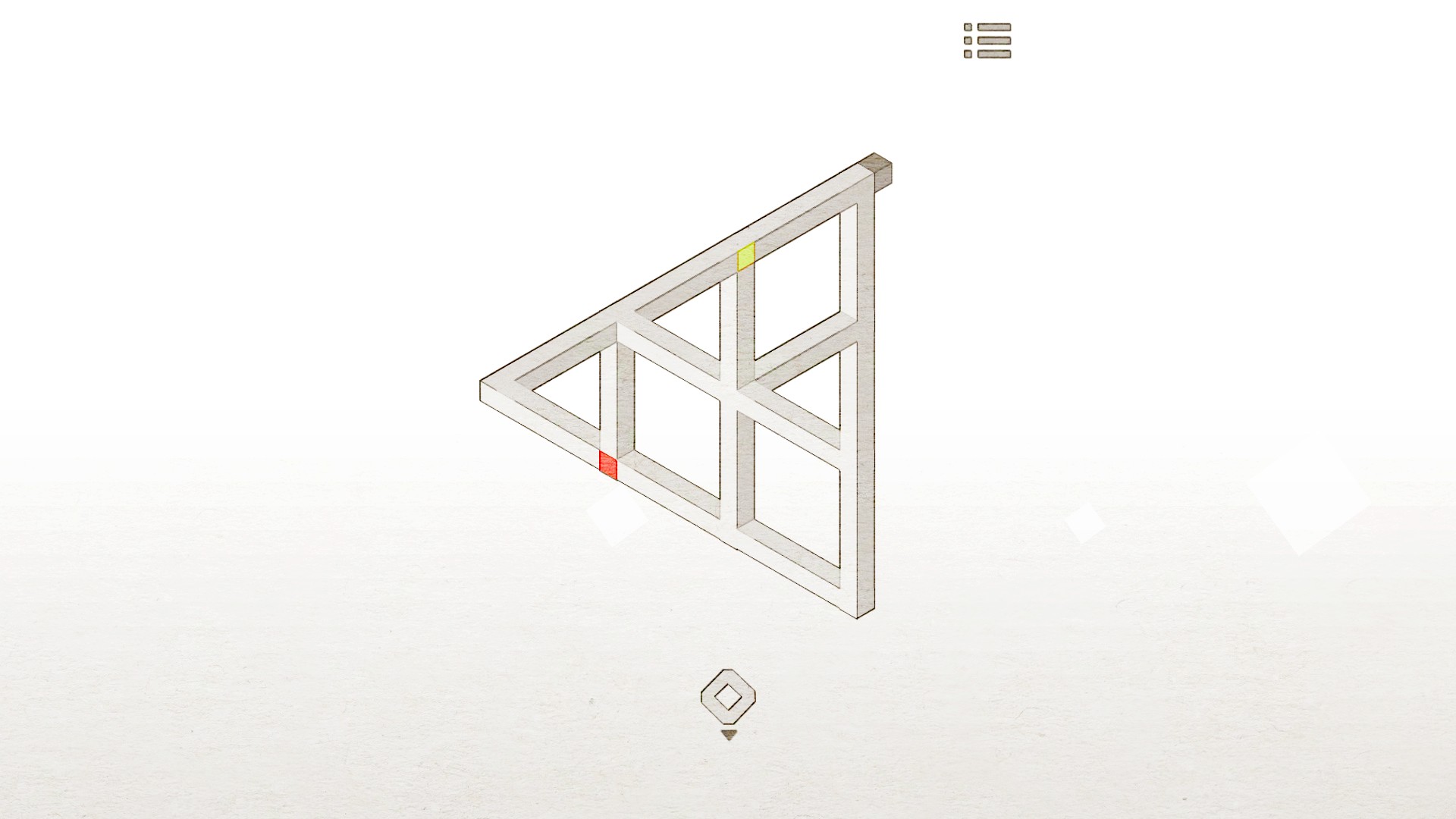 This is not your typical shape puzzle game though, this cheeky GLaDOS sounding AI that comments on your progress also messes with you. There's some intentional glitches and errors that flash around on certain levels to interrupt you. Quite funny actually the way it's done and it's not over the top either, you're even told if you "obey the rules, you'll get Steam Achievements" in a glitched-out voice with the audio going from all relaxing to properly mysterious.

I don't think it did enough with that though, as there's no big reveal that I was expecting from all the comments it made. Still, it was interesting to play through and left me stumped a few times when I couldn't wrap my head around the perspective and which direction I needed to get into.

If you're after a puzzle game with a mind-bending premise, clean and simple visuals and a lovely relaxing soundtrack that then decides to go a bit mad then THE IMPOSSIBLE is a good fit for you. The only problem is how short it is, you end up finishing it too soon. Going by what the developer said, they do plan to add in more levels and an editor later for people to make their own. I'm quite keen to see an editor, as for a game like this it could be a lot of fun to make some brain-melting shapes.

You can find THE IMPOSSIBLE on Steam and itch.io.

Article taken from GamingOnLinux.com.
Tags: Indie Game, Itch.io, New Release, Puzzle, Review, Steam | Apps: THE IMPOSSIBLE
11 Likes, Who?
We do often include affiliate links to earn us some pennies. We are currently affiliated with GOG, Humble Store and Paradox Interactive. See more here.
About the author - Liam Dawe

I am the owner of GamingOnLinux. After discovering Linux back in the days of Mandrake in 2003, I constantly came back to check on the progress of Linux until Ubuntu appeared on the scene and it helped me to really love it. You can reach me easily by emailing GamingOnLinux directly.
See more from me
Some you may have missed, popular articles from the last month:
3 comments
Nod 7 Aug, 2020
View PC info
Reminds me of Echochrome on the psp.
0 Likes

View PC info
Oh wow, this looks amazing! Ever since childhood I've pretty much never been able to see an impossible shape like this without doing exactly what you do in this game, tracing the surfaces around and around to see what flows into what.

Also, oddly enough, you can currently buy the game + soundtrack bundle for less than the price of the full game by itself.

Edit: bought the game, it's pretty good. All that time spent in childhood visually navigating these impossible spaces is coming in handy, I'm finding the levels quite intuitive.

View PC info
This looks like Evo Explores, minus the colors ;)
0 Likes
While you're here, please consider supporting GamingOnLinux on: