Valve have realised again that Team Fortress 2 is actually still online and have done a fresh update, although only minor it does add in a new Summer 2020 Cosmetic Case.

Seems like the worst might be over for the racist bot problem they had recently, as Valve had to add in a bunch of restrictions to newer accounts to prevent them spamming text and voice chat. Now they're back to irregular random updates like this, the first in well over a month.

Part of this update is to bring in a new Case, for those of you playing who love to collect all the items there's a new Summer 2020 Cosmetic Case which contains a random pick from 22 new community-contributed items and there's also 4 new community-created Unusual effects. Crates get dropped to players at random as they play, or you can buy it from the Steam Market and it's already dropped to a really low price, although it does need a key purchase to open too as Valve do love their loot box system. 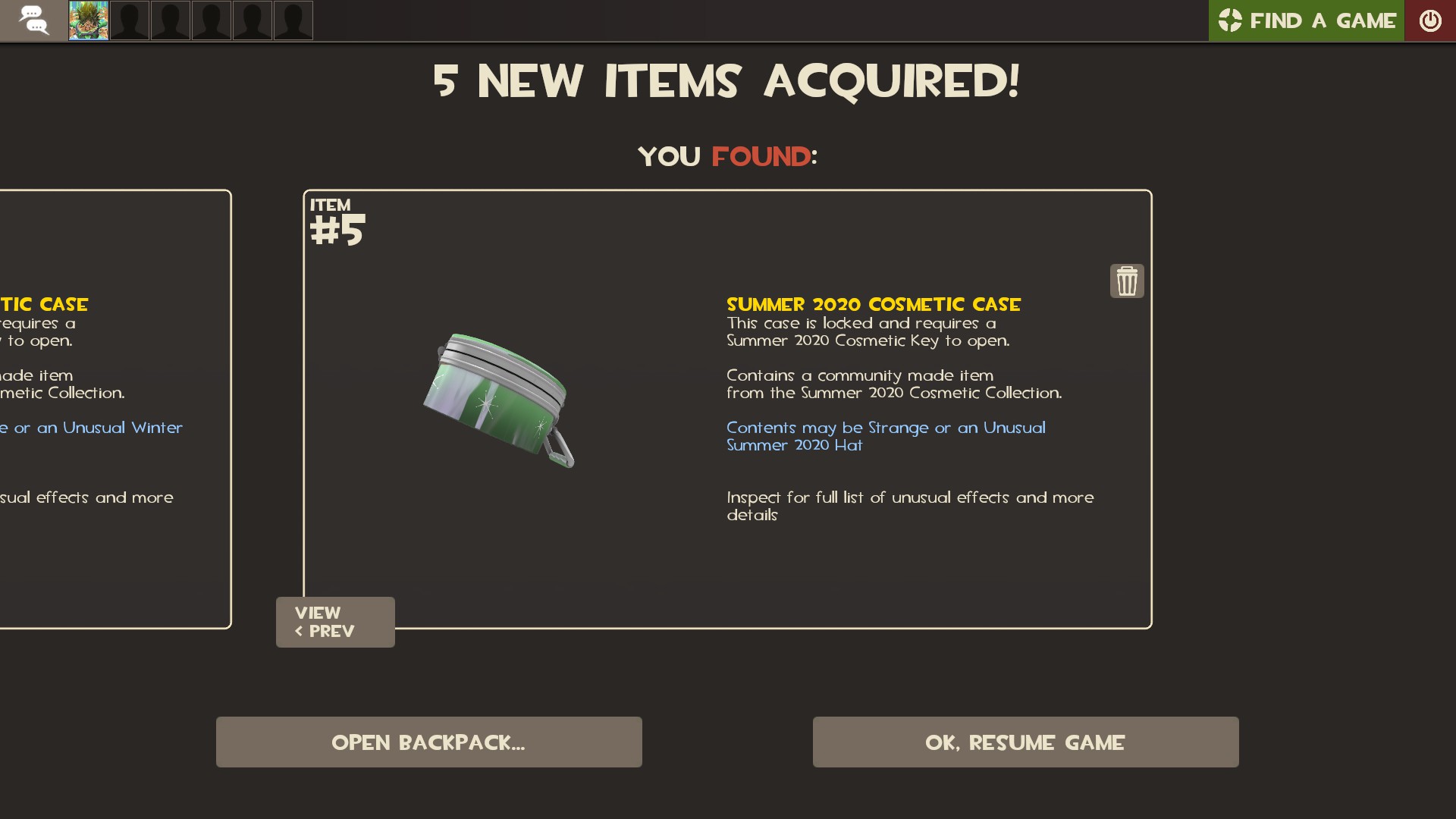 If you want to know what's in it, see the Wiki here. As for what else is new:

You can play Team Fortress 2 free on Steam.

We do often include affiliate links to earn us some pennies. We are currently affiliated with GOG and Humble Store. See more here.
About the author - Liam Dawe
I am the owner of GamingOnLinux. After discovering Linux back in the days of Mandrake in 2003, I constantly came back to check on the progress of Linux until Ubuntu appeared on the scene and it helped me to really love it. You can reach me easily by emailing GamingOnLinux directly.
See more from me
Some you may have missed, popular articles from the last month:
The comments on this article are closed.
4 comments
Zlopez 24 Aug, 2020

I'm usually selling all the loot boxes I drop in whatever game or ignoring them if you can't sell them. The loot boxes are just plain hazard mechanic (manipulation technique). It's sad that this mechanic is actually profitable.

CFWhitman 24 Aug, 2020
View PC info
For whatever reason, my brothers and I never got into Team Fortress 2, and still tended to play Team Fortress Classic even after 2 came out. Of course, now it's been a while since we played either of them.
0 Likes

Quoting: ZlopezI'm usually selling all the loot boxes I drop in whatever game or ignoring them if you can't sell them. The loot boxes are just plain hazard mechanic (manipulation technique). It's sad that this mechanic is actually profitable.

I wish more games had cosmetic crates that were just awarded randomly rather than being a form of monetization, because apart from the bit where it empties your wallet, they are a fun mechanic in my opinion.
0 Likes
Zlopez 25 Aug, 2020

Quoting: katp32I wish more games had cosmetic crates that were just awarded randomly rather than being a form of monetization, because apart from the bit where it empties your wallet, they are a fun mechanic in my opinion.

I would welcome some hybrid between random and monetization. I'm not against paying for cosmetics, but not if you don't know what you get. Let the crates still drop, but without the need to buy a key. Instead let them buy exact cosmetic they want with the money and random cosmetics from crates.

But then people will not spend that much as it is now, because if you want some concrete item with loot boxes mechanic, you need to play with math. It is the same mechanic as any grind in games. You have some percentage to drop it and you need some number of crates to actually get it.

For example let's say there is rare item that player wants with drop chance 5%. For simplicity let's say that one crate is dropped after each round. One round of the game takes 30 mins. One key is sold for 2$.

You need to play 20 games to drop 20 crates, which should be enough to get the item (if you have enough luck). This will take you 10 hours spent in game and paying 40$ for keys.

If the item will be in store for 40$ nobody would buy it, but plenty of people will pay 40$ for keys to get it without realizing that they paid that much.

If the item would be in store for 10$, there will be probably plenty of people who would buy it, but it will be much less profit for the company and as a bonus the people will spend more time in game, which is good for bigger player base.

This mechanic is something that shouldn't even exist in honest business, as I said before it's manipulation technique forcing people to spend more.
1 Likes, Who?
While you're here, please consider supporting GamingOnLinux on: