OpenRA, the highly versatile open source game engine you can use to play Command & Conquer, Red Alert, Dune 2000 and more is bringing a game back from the dead with Hard Vacuum.

Hard Vacuum was a real-time strategy game originally due to come after Dune 2 made waves, and before the likes of Warcraft or Command and Conquer. Sadly, it never saw the light of day but it sounded like it would be a lot of fun, certainly more so than some released over the last few years that really don't do much differently. In a 2005 post-mortem blog post, one of the original members working on it Daniel Cook detailed what it was to be like and even released the original artwork they did and told people to "use them, abuse them". Amusingly, they said it was made on a classic Amiga 1000 system, so this is proper pixel-art.

The assets they released included:

One of the interesting features it would have shown off was supply lines for resources. Instead of manually dealing with harvesters of some kind, mining towers had automatic drones to bring resources to your base. Enemies could blast your supply lines and interrupt it so you needed to protect them. Not only that, you would also have to deal with variable height terrain so units on higher ground had an advantage (something Total Annihilation achieved way later in 1997). There was more but it sounded quite revolutionary for the time.

Thanks to the asset release, the open source OpenRA game engine and a few talented individuals we can now begin to appreciate some of what this unreleased RTS had to offer with OpenHV. 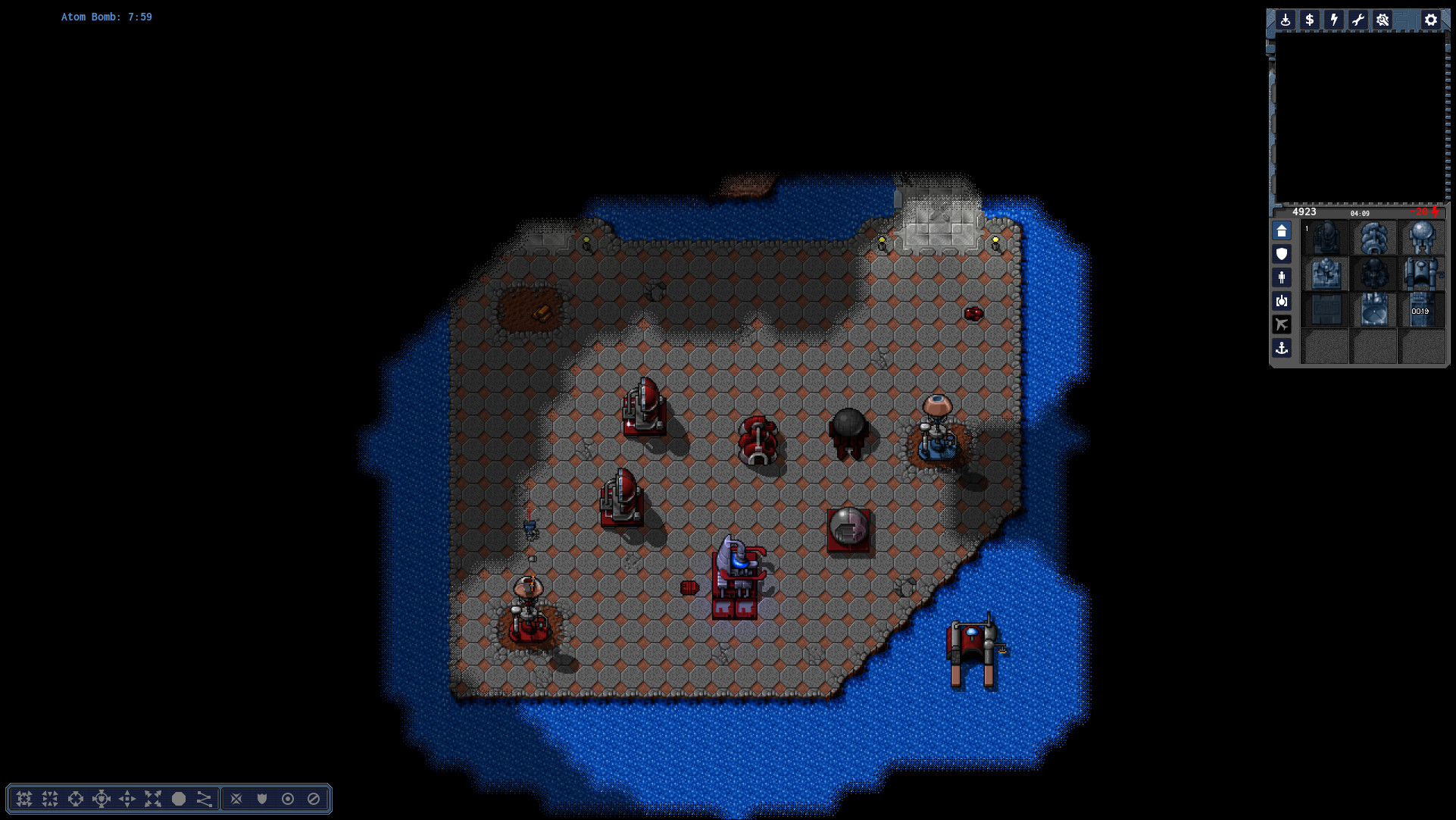 It's quite early on and they've only just properly released the first version of it for the public so don't expect it to have all the extra special uniqueness added in yet. However, it's amazing to see what people can cook up and as a huge RTS fan, I love this. Giving it a run earlier showed lots of promise.

Find OpenHV on itch.io and GitHub.

View PC info
Only 3 things are from Tyrian https://github.com/OpenHV/OpenHV/tree/master/sources/artwork/Tyrian most of it is actually the Hard Vacuum graphics which are surprisingly complete. Try guessing which building/unit are pixeled by us. :)
1 Likes, Who?

Quoting: MilaniumOnly 3 things are from Tyrian https://github.com/OpenHV/OpenHV/tree/master/sources/artwork/Tyrian most of it is actually the Hard Vacuum graphics which are surprisingly complete. Try guessing which building/unit are pixeled by us. :)

Hmm, in the first screenshot alone I see 3 sprites from Tyrian: tank, orange ball on the left, and "plane" icon in the panel on the right (colourized to blue from original brown). But that's not bad, the creators of Tyrian left the art on "do whatever you want/can with it" license - I'm glad someone is using it for creating a new open source game :)
0 Likes

View PC info
Rusted Warfare used the same Open Source sprites, at least some of them. And yes, the original pixel artists also stole from himself. The cubes you can collect are also directly from Tyrian even using a different palette.