Another Discord voice chat overlay for Linux appears with 'Discover'

Since the official Discord client doesn't currently support the Overlay on Linux, it's up to the community and another has been released named Discover. Not to be confused with the KDE application store, which is also named Discover.

The Discover overlay for Discord was created by the same people as the last one we wrote about. This time, it's a little different. They're not relying on Discord's StreamKit and it instead interacts with the Discord client directly. This means it could expand to support other chat applications too in future perhaps, plus they said it should also be "lighter on system resources and less hack-and-slash included than discord-overlay".

The initial release is out now and sure enough, it works fine. Load it up, join a chat room somewhere and it will display people on your screen. 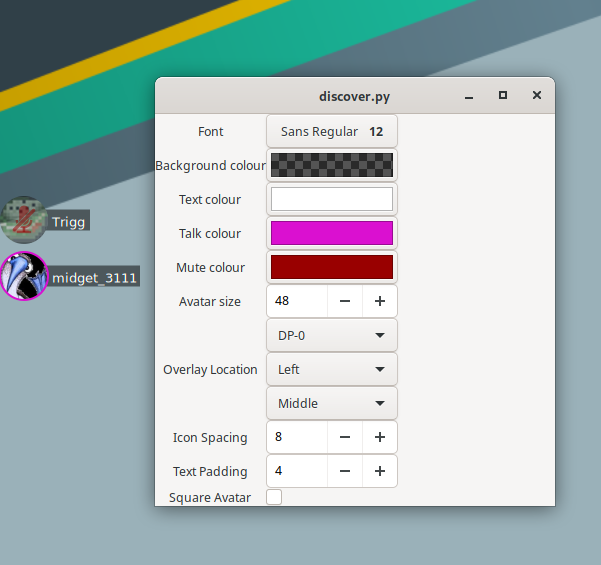 Right now it's limited but functional enough and it's a nice start. A little UI to swap which monitor it's on and the position, as well as tweak the colouring. Very useful. They do have plans to support text chat, notifications and they're open to suggestions on whatever else it needs to do.

I would definitely pick a better name though to prevent some confusion.

fagnerln 25 Sep, 2020
View PC info
It looks interesting! The problem is that my CSGO partner can't install Discord on Windows (!?) it simply doesn't work. He used Mint for years, but jumped to Windows 10 just because of CSGO services like FaceIT, GamersClub, etc...
0 Likes
midget_3111 25 Sep, 2020

Thanks for sharing! :D We've opted to go with "Discover-Overlay" instead of just plain Discover.
If you encounter any issues, please let us know!
4 Likes, Who?

View PC info
I love this. Simple, effective. I guess it's a shame that Discord didn't care about their multi-platform strategy enough that it was needed in the first place, but what a cool project.
1 Likes, Who?

Quoting: fagnerlnIt looks interesting! The problem is that my CSGO partner can't install Discord on Windows (!?) it simply doesn't work. He used Mint for years, but jumped to Windows 10 just because of CSGO services like FaceIT, GamersClub, etc...

Has he tried the web interface? Just need to grant access to the microphone from the browser
0 Likes

Lumbercrack 30 Sep, 2020
View PC info
I just installed it via the AUR. Works well!
0 Likes
While you're here, please consider supporting GamingOnLinux on: