That's right, no need to wipe your glasses as that's a real headline here. Microsoft are bringing their Microsoft Edge browser to Linux in October.

Not a huge surprise, as this was already confirmed previously but having a launch month is the next step. Writing on the Windows Experience Blog, Liat Ben-Zur, Corporate Vice President confirmed the Linux launch plan:

What's not entirely clear is what they mean by the native Linux package manager, since there's a few. Most likely though, since they (like a lot of others) target Ubuntu directly, they might mean the Snap Store. 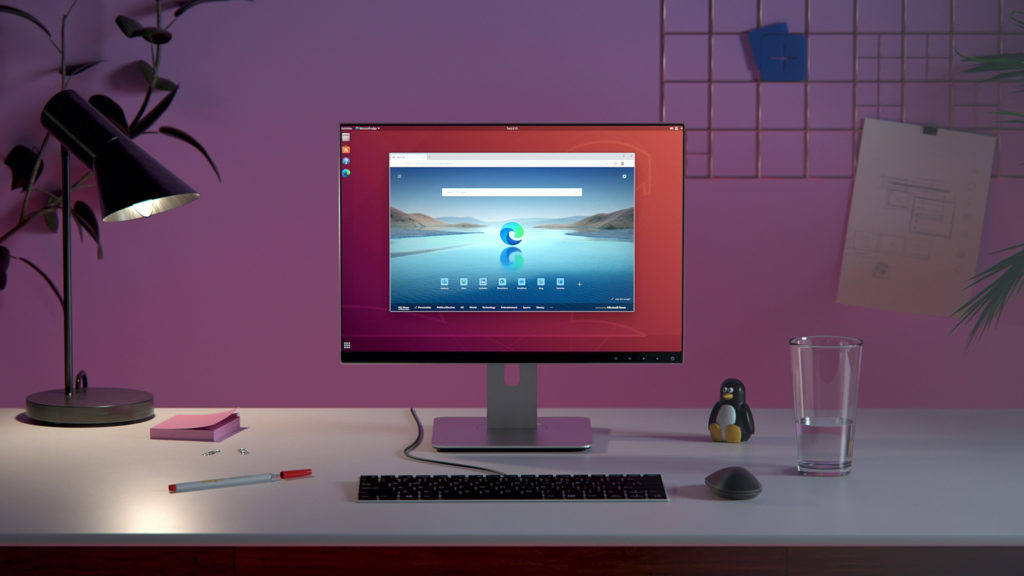 All of this is as Microsoft appear to continue treating Linux less like a hostile target, and more like something to take advantage of themselves. Linux has ended up being a big part of Microsoft, from integrating it into Windows with Windows Subsystem for Linux and Linux is a popular and supported choice by Microsoft on their cloud Azure platform too. Heck, they even admitted they were 'on the wrong side of history when open source exploded'.

It's going to be a bit of a hot topic, and I'm sort of dreading asking this because the comments will be quite colourful but here we go anyway: will you use it and what do you think of Microsoft getting certain applications on Linux?

Personally, I am all for it. A key part of the computing experience is having access to the applications you like and want to use, even if it's a browser with a few key differences - it all adds up. The more Linux gets, the better.

Note: this is actually not the first modern Microsoft application to arrive on Linux, as Microsoft Teams became available on Linux late last year. There's also Visual Studio Code and Skype too which have been on Linux for some time now.

View PC info
Quite remarkable really. My Microsoft stance has definitely been softening recently - but I must remain vigilant - it's probably all a ruse. This is the 'Embrace' stage right?

View PC info
I will use it for my work browser, like I do on my Windows desktop. I use Firefox for my personal browser because I've become quite addicted to their 'container' plug-in, but I also have chromium-freeworld (a Fedora packaged, hardware enabled chromium) for stuff like Stadia and Google services. Microsoft Edge is a lot like Vivaldi and people who have used that browser will find it familiar.
1 Likes, Who?

View PC info
Honest question - why would I want to use this over Firefox or Chrome, especially on Linux? It seems an odd choice to port over.
9 Likes, Who?

to watch netflix at better resolutions?
that's the only potential reason I can think of
3 Likes, Who?

Edge is pretty polished these days and does have a few differences from chrome that might attract users. Such as miracast/dnla content sharing rather than Chromecast. I’d consider using it over chrome.

The reality is the reasons to pick one browser over another really depends on the user. For me, Firefox lets me password protect access to saved logins. It’s a must for my use case, but probably means nothing to 99% of users.
4 Likes, Who?

View PC info
I'm virtually attending the Microsoft Ignite conference for work and seeing the CEO discuss Linux while a clip of Edge running on Ubuntu plays is kinda blowing my mind. When I started using Linux, MS was paying a consulting firm to go into tech related forums to badmouth Linux. And all of those patent lawsuits against companies using Linux in their tech...

If this is a play to extend + extinguish, it's not having that impact with my job. If anything, it's making it much easier for me to do my job while running Linux which previously wasn't possible. Once I'm able to domain join an Ubuntu machine and install Defender on it, I'll be set to use it full time for work.
4 Likes, Who?

QuoteMost likely though, since they (like a lot of others) target Ubuntu directly, they might mean the Snap Store.

If the release it's anything similar to PowerShell, it will mostly be available for apt, zypper, yum, etc via repos too.

Quotewill you use it and what do you think of Microsoft getting certain applications on Linux?

While I welcome native software, even from Microsoft. I'll only use them when it's really necessary. Edge is not such a case, I'm very happy and settled with Firefox since v5.

The only MS related software I use is Skype to communicate with my dad, he's accustomed to Windows and uses Skype as his main voip.

They'll have to do better than a browser to impress me, they've left a stain which will be hard to remove. Open sourcing some of their tech to help Linux gaming, now that would be useful.
6 Likes, Who?

View PC info
A lot of government websites from my country requires Internet Explorer so if this makes possible to access then with my Linux machine, i will be really happy
0 Likes
1/6»
While you're here, please consider supporting GamingOnLinux on: