Pixel art survival horror Lamentum gets a publisher, new trailer and a delay

The upcoming pixel-art survival horror adventure Lamentum is coming along in development, although it's going to see a delay with it now releasing in 2021.

After getting successfully funded on Kickstarter back in the Summer of 2019, Lamentum looked like a promising upcoming indie game with a great atmosphere. We've followed along since then and a recent Kickstarter update noted some major changes. Developer Obscure Tales mentioned the delay reason being the "current situation" complicating things, which presumably they mean the COVID19 pandemic. So it should now release in Q1 2021, a while away but hopeful the result is a game that is not rushed.

Not all bad news, they have teamed up with publisher Another Indie who will help with with translations, QA and more. Another Indie has worked with numerous other developers on titles like the popular Yuppie Psycho.

They also showed off a new trailer: 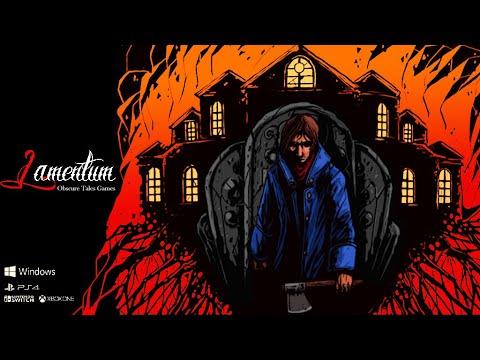 We spoke to the developer, who confirmed again their continued intention to have it available for Linux too.

If you wish to keep up with it you can wishlist Lamentum on Steam.

Quoting: ageresSome off-topic news: the author of Brutal Doom is making his own game, Brutal Fate. It's on GZDoom and will get a Linux version: https://twitter.com/brutal_fate/status/1302339745217949696

Thanks! You just saved me another email round :)
0 Likes
While you're here, please consider supporting GamingOnLinux on: