Valve's failed deck-building card game Artifact continues undergoing major changes in the closed beta for Artifact 2.0, with another big step taken towards releasing for everyone.

The team mentioned how they listened to tons of feedback, including from players who wanted a more detailed introduction to the game and those who wanted better ways to find matches for certain game modes. Some of this work is now available in the latest update.

Artifact 2.0 now had a matchmaking queue for the Constructed game mode. They say this highly competitive mode will be the biggest test of the game mechanics and all the changes, which will inevitably lead to more changes to come as they tweak it from feedback. 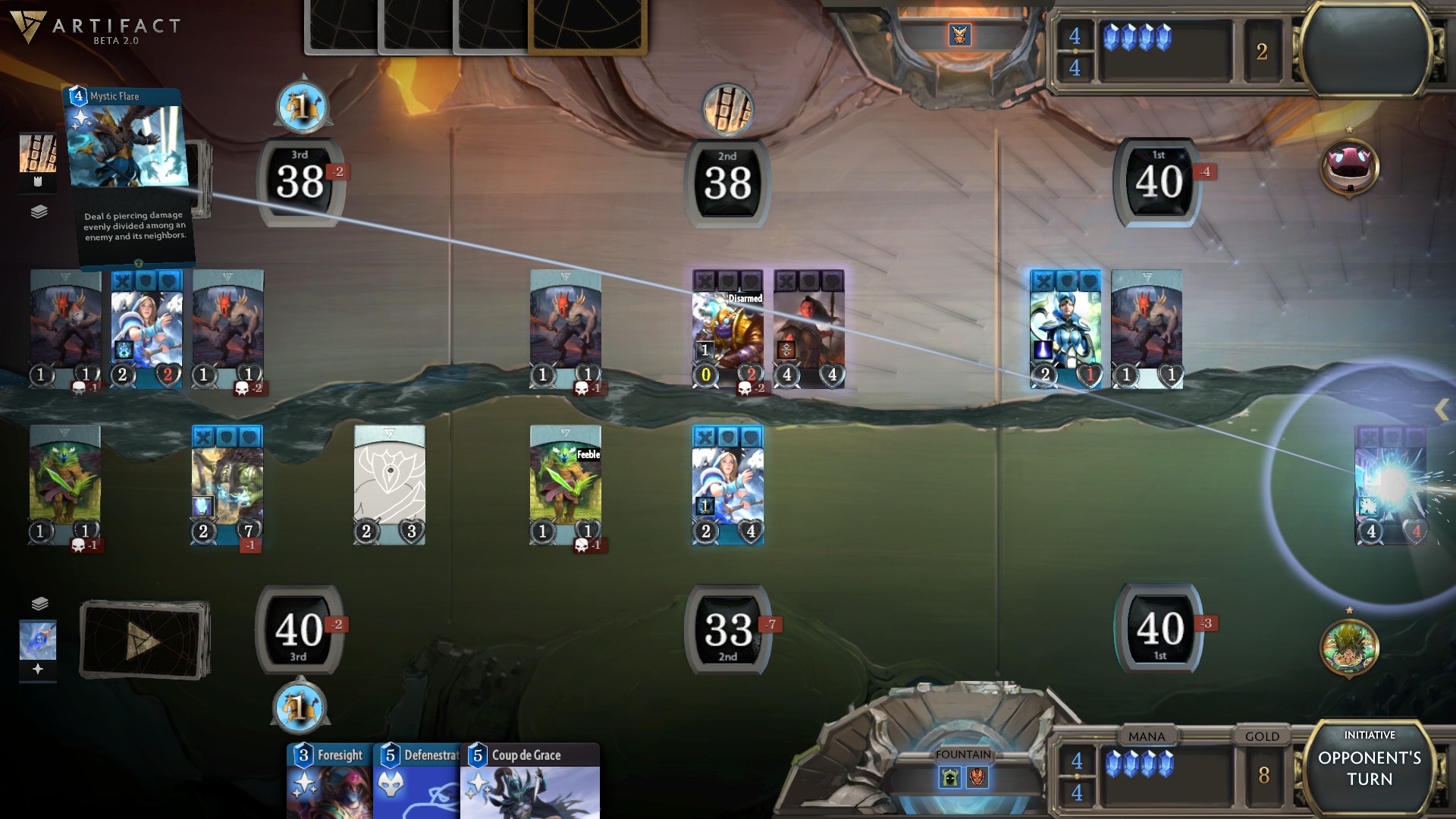 As much as I did love the original layout, and I genuinely enjoyed the gameplay in the original Artifact with it switching between lanes I think their new approach is a lot clearer having them all on the screen in a more streamlined way. It's a fair amount easier to understand now, which might help keep players when it eventually releases proper.

To help break down the barrier to entry, they've also now started working on a set of tutorials. As they've gathered data during this Beta period they said they have "a much better idea of what concepts need a more detailed introduction, both for players familiar with the original Artifact rules and for new players". Since players have been enjoying the campaigns and puzzle missions, it sounds like the tutorials will follow the same flow.

As for what's to come next. Valve mentioned they're ready to invite everyone else who picked up the original Artifact before March 30, 2020 and signed up for the Beta. So you should already have an invite / see it in your Steam Library under Artifact 2.0 if that applies to you. It's a big step to expand the testing pool on the way to the public release.

You can follow Artifact 2.0 on the Beta page on Steam.