Fast, challenging and you can run up walls to slice up enemies - ScourgeBringer is out

ScourgeBringer is a fast-paced action rogue-lite that has you run from room to room slicing and dicing through enemies, and it makes you feel awesome.

Flying Oak Games, who previously made NeuroVoider, describe it as a "free-moving roguelite platformer" which doesn't really do it much justice. You're one of the last surviving humans, fighting through the ScourgeBringer, some kind of almighty weapon with a whole lot of random rooms inside which for some unknown reason decided to decimate the world. You given a big sword, a gun and then sent on your way to save everyone and perhaps redeem humanity. So, no pressure then right?

What the game actually gives you is a fast-paced experience that lets you run up walls, dash across the screen and unleash almighty combinations of attacks on various types of enemies. Then, collect their blood and use it to buy things with and find mysterious alters to power you up. It's genuinely great. For me, it gave me that same satisfaction from it that I got from Dead Cells because they both have slick combat and work on repeated runs.

It's difficult though, and really does make you sweat hard. While the controls are pure joy, as is the combat, the rooms are tiny and you need to constantly duck and weave, slash and dash your way around it. 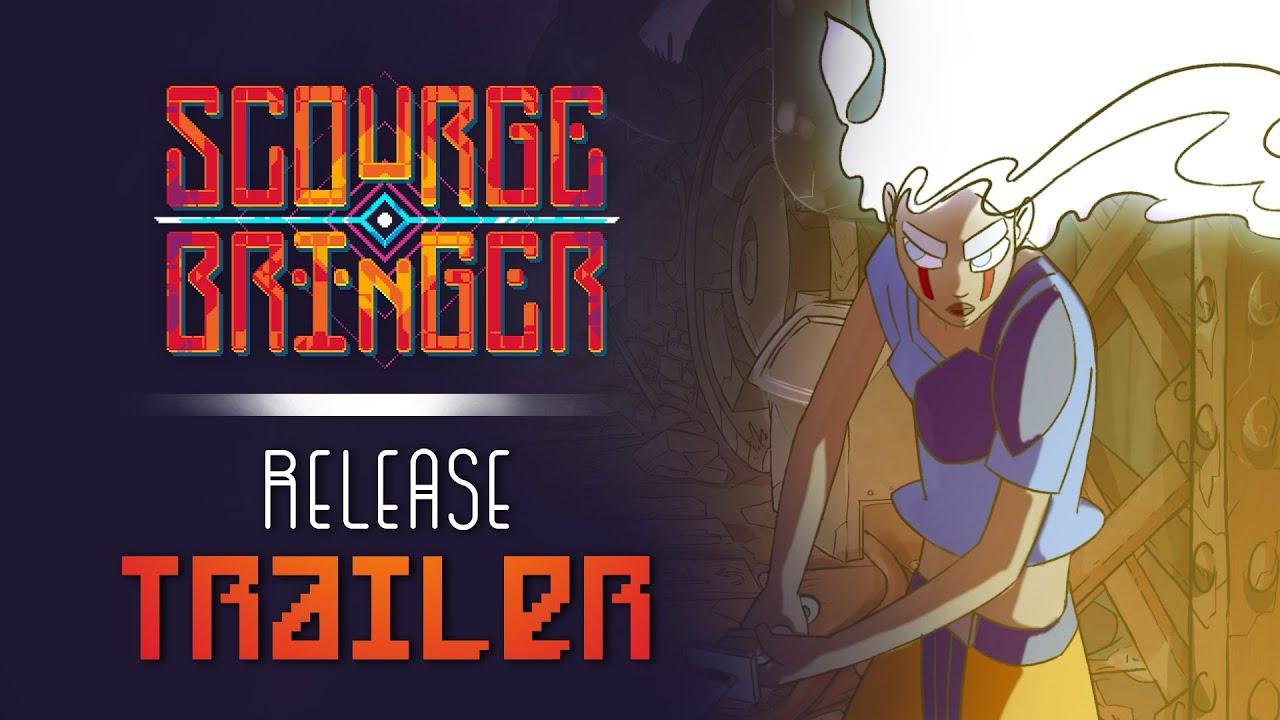 Now that you're in the mood, get a load of some gameplay: 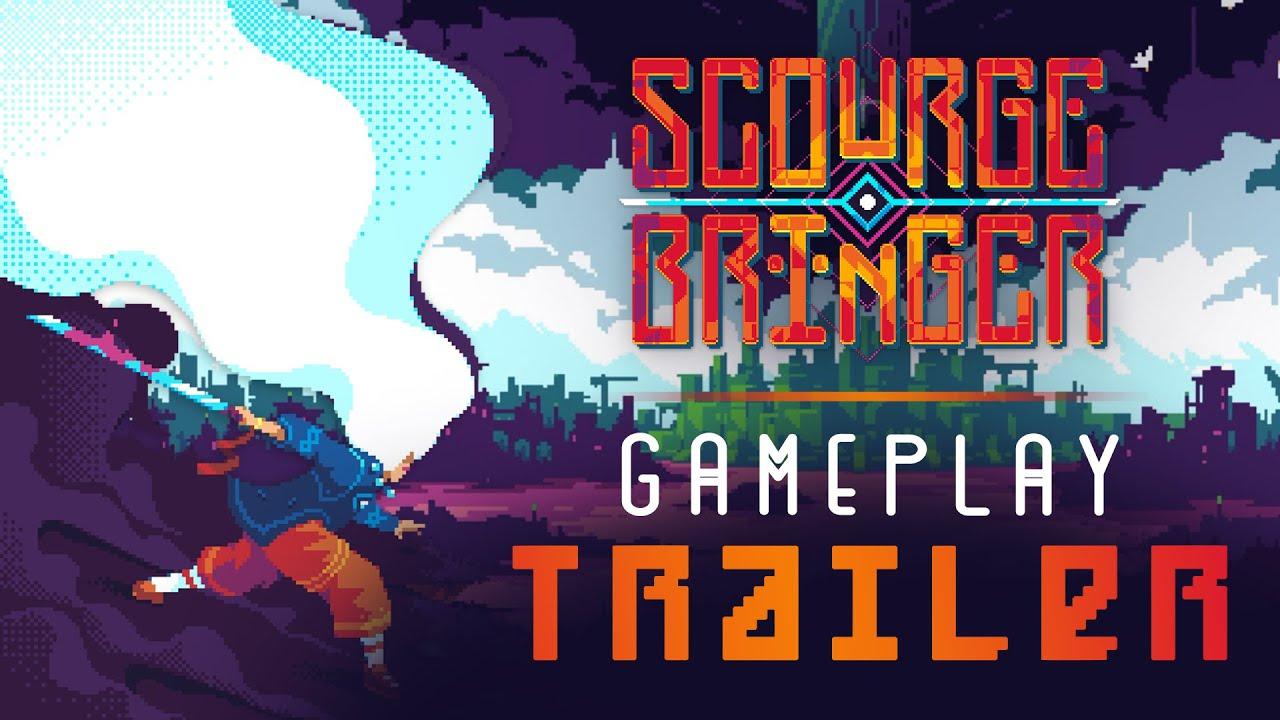 Sometimes games are just that little too tough, where they border the line over frustration - thankfully even when ScourgeBringer gets like that, you can adjust it. Flying Oak Games put some quite nice accessibility features into ScourgeBringer, allowing people of different abilities to appreciate it. You can have auto-slashing, game speed adjustments, enemy bullet speed adjustments, have a low-HP sound on/off, switch to HD text if the pixel text bothers you and there's even a HP regen assist option too. Really great to see all that.

With the full release out now, a big update came with it. This 1.0 update added in a whole new realm to fight through with 2 new bosses, 8 new enemies and 1 new mini-boss. Previous realms all got boosted too with 8 new mini-bosses and 5 new enemies. The amount of variety that's in it as of now is pretty great. There's also a new Hard Mode, which includes post-game content once you've beaten what's aptly named The Ordeal.

Easily one of my favourite releases this year. You can buy ScourgeBringer from Humble Store, GOG and Steam.

View PC info
I played today and it's fun, but with a great emphasis on challenging. Or i'm really bad but i prefer to believe that the game is really difficult
1 Likes, Who?

Quoting: WJMazepasI played today and it's fun, but with a great emphasis on challenging. Or i'm really bad but i prefer to believe that the game is really difficult

Flying Oak Games are not exactly known to "be nice" difficulty wise but Scourge Bringer really opens up as you progress things definitely get easier as time goes by.

Been streaming it on my twitch channel (same nickname as here)

Love the game so much i'm probs gonna end up speedrunning it.

I would also like to see Hades on Linux but I guess this ship has sailed.
0 Likes
While you're here, please consider supporting GamingOnLinux on: