Panfrost driver for Mali GPUs in Mesa 20.3 will have some Bifrost support out of the box

Mali GPUs are generally used with ARM devices with the Bifrost architecture including Mali-G31, Mali-G51, Mali-G71, Mali-G52, Mali-G72 and the Mali-G76 across devices from 2016 to 2018 so it's not the latest generation which is Valhall from 2019 and the second gen Valhall this year.

This Panfrost driver has been spearheaded by the clever hackers at open source consulting firm Collabora, with lead developer Alyssa Rosenzweig announcing in a fresh blog post that the upcoming Mesa 20.3 release will have some Bifrost support out-of-the-box. 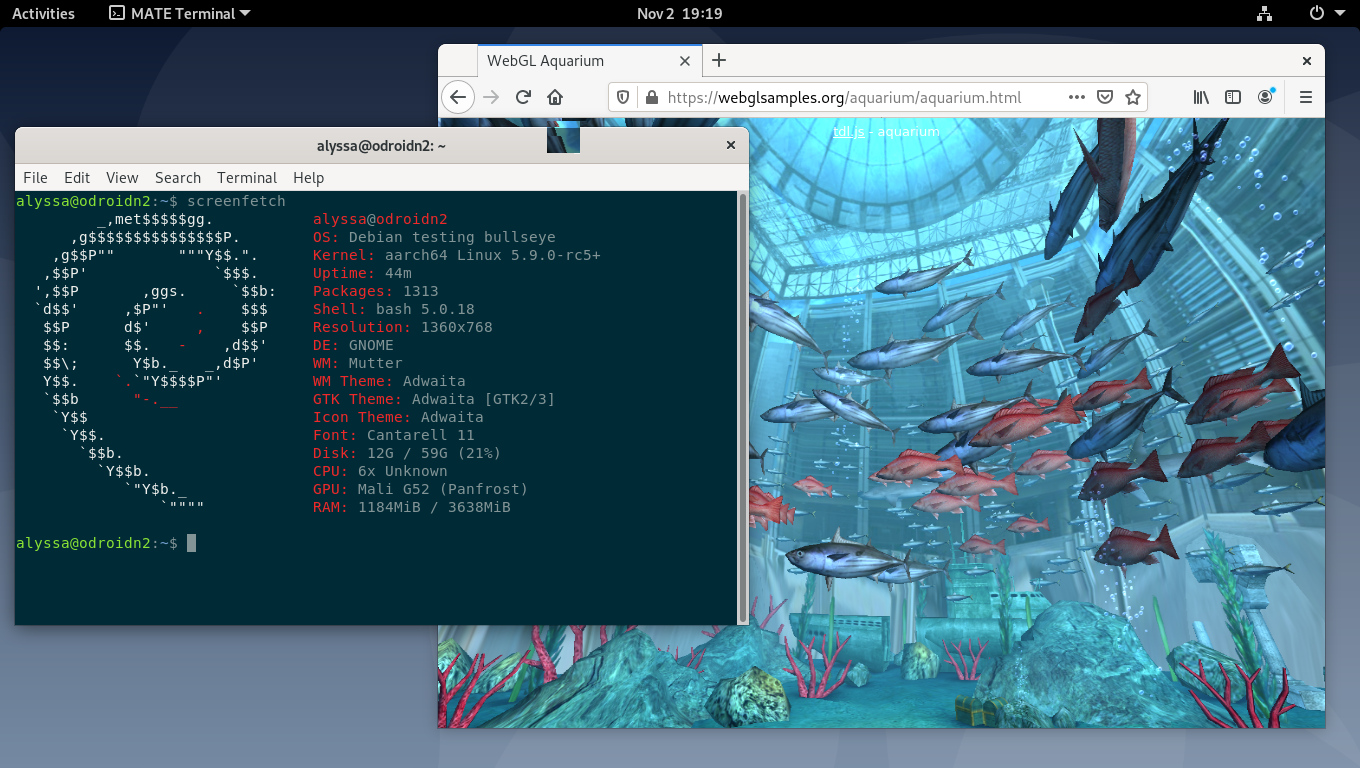 A lot of the work has been a team effort between Alyssa Rosenzweig and Boris Brezillon, along with Collabora intern Italo Nicola. They also gave a shot out to "Icecream95", who helped on quite a lot too including desktop OpenGL support for Midgard GPUs and they've "made strides here, fixing and optimizing a spectrum of 3D games never thought to run on embedded hardware like ours".

The next focus for Panfrost is better performance and OpenGL 3.1 support.

Thanks to all the work from Collabora, more ARM devices with out of the box accelerated OpenGL is going to be a great thing and who knows, might even see more low-powered Linux gaming devices.

View PC info
I miss the original Asus Eee PC. Something in similar size and powered by ARM would be great.

As long as you can live without proprietary applications like Skype, and basically all the games, it would be a perfect on-the-go machine for a Linux user. There are already a bunch of distributions supporting ARM, so there wouldn't even be that big of a difference.
0 Likes

View PC info
While out of stock right now, the PineBookPro is such a laptop with a reasonably fast SoC. It comes with Manjaro Linux pre-installed.

Skype actually works fine in the browser these days.
1 Likes, Who?

There's a battle? Is this hyperbole or are there actually people trying to stop or take away Linux's open-source graphics drivers?
0 Likes

Quoting: LinasI miss the original Asus Eee PC. Something in similar size and powered by ARM would be great.


I will never forget seeing "linux in the wild" for the first time on one of those Asus machines at a Toys“R”Us Store as a kid.

Quoting: JuliusWhile out of stock right now, the PineBookPro is such a laptop with a reasonably fast SoC.

I've been using Fedora on my Pinebook Pro with an NVMe ssd and it's been great with noticeable improvements over time.
0 Likes

Quoting: NanobangThere's a battle? Is this hyperbole or are there actually people trying to stop or take away Linux's open-source graphics drivers?

Not a literal battle of one versus another but a battle of code ;)
1 Likes, Who?
While you're here, please consider supporting GamingOnLinux on: