Probably the biggest 2D RTS around, Rusted Warfare has a major new release

Rusted Warfare is sitting in quite a sweet spot for me. It's a grand-scale 2D RTS, that's like an indie low-res Supreme Commander and it's great. Something I originally discovered on Android while messing around on an old tablet going back a great many years now. It has full cross-platform support for Linux, macOS, Windows, Android and soon iOS too. Kicking down all kinds of barriers for people to play together.

A major 1.14 update just came out with tons of new features, bug fixes, new units and so on. One of the big additions is the new Modular Spider, a huge mobile walking base of operations. It has six slots where you can build turrets and other modules. It's a starting unit and cannot be built normally (although a mod could easily add it in), so you would use it instead of the command centre building. It's also pretty damn awesome. Take a look at some footage: 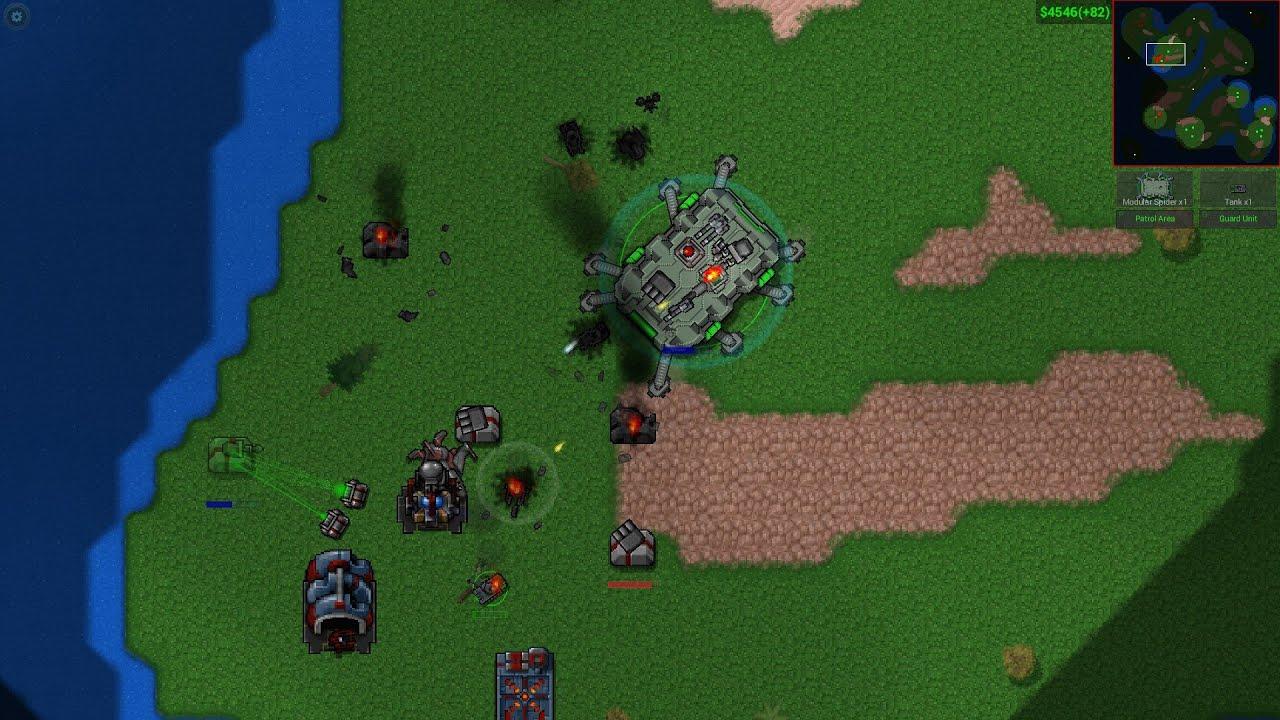 On top of this huge new mobile unit there's also new defensive turrets you can build, special upgrades for money extractors like faster credit generation but less health, an AA Beam Gunship unit, a Heavy Anti-Air Mech, a new server system is up, there's new maps, spectator support, a new borderless fullscreen option, lower memory use so you can cram in more mods and more.

Modding is a huge part of Rusted Warfare and with this release, modding support was greatfully expanded too with lots of new options. The developer mentioned that the new systems that the Modular Spider uses are available to modders too, as it was originally made to be an example of what you can do. Full change log here - it's long.

Find Rusted Warfare on Steam, if you love competitive real-time strategy games you won't be sorry. It's an absolute gem. You don't have to take just my word for it either, on Steam it has an "Overwhelmingly Positive" user rating.

Article taken from GamingOnLinux.com.
Tags: Indie Game, RTS, Steam, Strategy, Update | Apps: Rusted Warfare - RTS
6 Likes, Who?
We do often include affiliate links to earn us some pennies. We are currently affiliated with GOG and Humble Store. See more here.
About the author - Liam Dawe

I am the owner of GamingOnLinux. After discovering Linux back in the days of Mandrake in 2003, I constantly came back to check on the progress of Linux until Ubuntu appeared on the scene and it helped me to really love it. You can reach me easily by emailing GamingOnLinux directly.
See more from me
Some you may have missed, popular articles from the last month:
3 comments
Purple Library Guy 17 Nov, 2020
It's playing Mars from Holst's Planets as the background music. I like it already. I always wonder why that doesn't happen more, being as how it's the best SF warlike music ever written and it's out of copyright.
1 Likes, Who?

Quoting: Purple Library GuyIt's playing Mars from Holst's Planets as the background music. I like it already. I always wonder why that doesn't happen more, being as how it's the best SF warlike music ever written and it's out of copyright.

Can a specific version still not be copyrighted ? Like the song itself is out of copyright but a certain musician/orchestra playing it is still copyrighted ?
0 Likes
Purple Library Guy 20 Nov, 2020

Quoting: Purple Library GuyIt's playing Mars from Holst's Planets as the background music. I like it already. I always wonder why that doesn't happen more, being as how it's the best SF warlike music ever written and it's out of copyright.

Can a specific version still not be copyrighted ? Like the song itself is out of copyright but a certain musician/orchestra playing it is still copyrighted ?

Oh, yeah. But you gotta figure that's still going to cost less to license. And getting someone to synth it up for you would presumably cost less than getting them to write original music for you.
0 Likes
While you're here, please consider supporting GamingOnLinux on: