Need an up to date Linux distribution for your living room big screen experience? GamerOS can fill that gap for you while Valve sit on SteamOS.

GamerOS is one of the easiest ways to get a full-screen Steam experience on a big screen, with no-fuss updates and a whole bunch of special tweaks to make it run as nicely as possible. Not only that, it has a bunch of extras to support other stores and platforms too.

With the release of GamerOS 21 the standard components included have been upgraded like the Linux Kernel 5.9.9, Mesa 20.2.2, NVIDIA 455.38, RetroArch 1.9 and updates to their Steam Tweaks and Steam Buddy apps too. Their Steam Buddy is web-based tool you use to manage non-Steam stuff, with these release it expanded to support the Atari Jaguar and PlayStation Portable through emulators. It also now has audio controls, it will generate banner images based on game titles when one isn't available, fixes gamepads not working with the Epic Games Store and more fixes.

This release of GamerOS also certifies more Steam games as playable, which they seem to directly test either through Linux ports or the Steam Play Proton compatibility layer, including:

Also, check out the video from developer Alesh Slovak who presented at the 2020 Arch Linux conference: 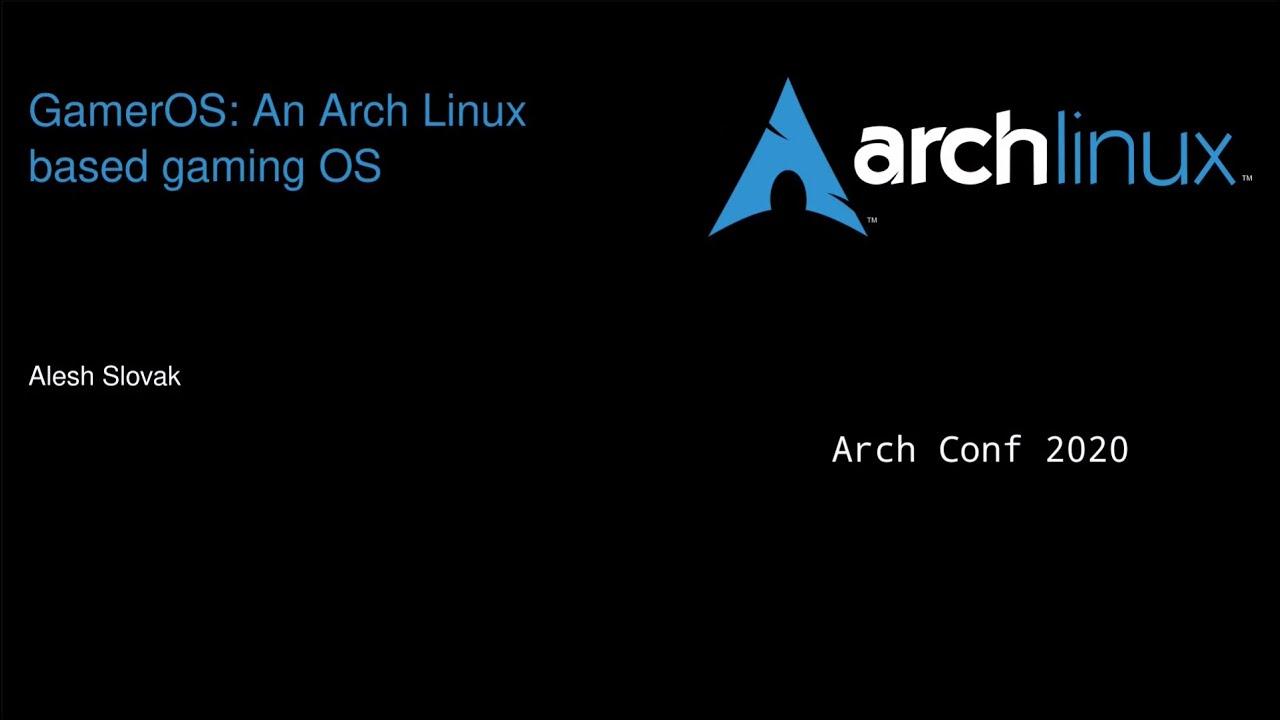 Find out more on the GamerOS website. You can also support GamerOS on Patreon.

We do often include affiliate links to earn us some pennies. We are currently affiliated with GOG and Humble Store. See more here.
About the author - Liam Dawe
I am the owner of GamingOnLinux. After discovering Linux back in the days of Mandrake in 2003, I constantly came back to check on the progress of Linux until Ubuntu appeared on the scene and it helped me to really love it. You can reach me easily by emailing GamingOnLinux directly.
See more from me
Some you may have missed, popular articles from the last month:
The comments on this article are closed.
3 comments
Whitewolfe80 25 Nov, 2020

View PC info
Sounds like they are putting a great deal of work into this distro, also sounds like its much better option for anyone with an atari console rather than the baked in distro.
2 Likes, Who?
TheRiddick 26 Nov, 2020

View PC info
Sounds like a updated version of SteamOS, or bleeding edge sort of thing. Except SteamOS is Debian based?
0 Likes

View PC info
I replaced my SteamOS with GamerOS about a year and a half ago... I haven't gotten around to making use of a lot of its extra features, but its been more of a seamless experience that SteamOS ever was...
0 Likes
While you're here, please consider supporting GamingOnLinux on: