Tallowmere 2: Curse of the Kittens goes Early Access in December and it's wild

Tallowmere 2: Curse of the Kittens is probably one of the biggest surprises that I tried out during a previous Steam Game Festival and it's going live soon. While it's already available in a pre-release on itch.io, it's hopping over to Steam on December 4 to formally begin Early Access and hopefully pull more players in.

The thing about the gameplay in Tallowmere 2 is that it's…absolutely nuts. As a 2D action-platformer with ever changing dungeons for you to run through, the combat is often ridiculously over the top and a huge amount of fun. There's a few times during it I've entirely lost what was going on but never stopped smiling while playing the early builds. 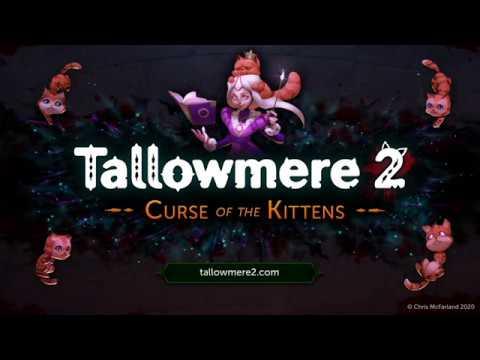 A fully featured experience too even though it's not finished with singleplayer, shared screen local co-op and even online co-op with both supporting up to four players together. It seems like it's going to support hosting your own community servers for it too. I have yet to try it with anyone else but if it's as crazy as it is by myself, I have to admit my excitement to try it with others.

The developer mentioned a 40% release discount too, after that though the highest they will go is 10% off during Early Access. You can buy it now on itch.io or follow on Steam for December 4.