Two bits of major news to cover for the Steam Play Proton compatibility layer, with some exciting major changes coming in with updates. Don't know what Steam Play Proton is? Go take a look at our dedicated page.

Firstly, if you have an AMD GPU and you don't mind grabbing the latest development code for the Mesa graphics drivers - Cyberpunk 2077 should actually work on Linux with the new Proton 5.13-4 release. Valve developer Pierre-Loup Griffais mentioned that CD PROJEKT RED allowed them some early testing time to get the work done for both vkd3d (the Direct3D 12 to Vulkan layer) and radv (the AMD Mesa Vulkan driver). As an NVIDIA GPU owner, this makes me quite jealous as it seems my only other current choice on Linux is Stadia or GeForce NOW (unofficially - until later in 2021).

Additionally, there's now also a new Proton Experimental branch available which has the start of major architectural changes to Wine. This brings with it a plan to reduce CPU overhead and improve performance in scenarios related to input and windowing. Seems Proton Experimental is an additional version of Proton, so you would install it along side the other versions currently available for this compatibility tool.

You can find the Proton changelog here.

Need help and / or tech support? Be sure to check out our dedicated Forum.

Article taken from GamingOnLinux.com.
Tags: Steam Play, Update, Valve, Wine | Apps: Proton (Compatibility tool)
57 Likes, Who?
We do often include affiliate links to earn us some pennies. We are currently affiliated with GOG and Humble Store. See more here.
About the author - Liam Dawe

I am the owner of GamingOnLinux. After discovering Linux back in the days of Mandrake in 2003, I constantly came back to check on the progress of Linux until Ubuntu appeared on the scene and it helped me to really love it. You can reach me easily by emailing GamingOnLinux directly.
See more from me
Some you may have missed, popular articles from the last month:
258 comments
Page: «8/26»

Quoting: Shmerlinstaller alone is 104 GB for me.

That is odd, not sure why its 104GB for you, pretty sure mines up to date, maybe what happened is you downloaded something extra?
0 Likes

View PC info
By the way, not perfect but I managed to play a couple hours before a freeze on my Nvidia 1070 Ti.
The only annoying thing was the cracking audio, surprisingly not bothered by any shader compilation.
Let's hope the vulkan extension boost the perfs but at least it runs. 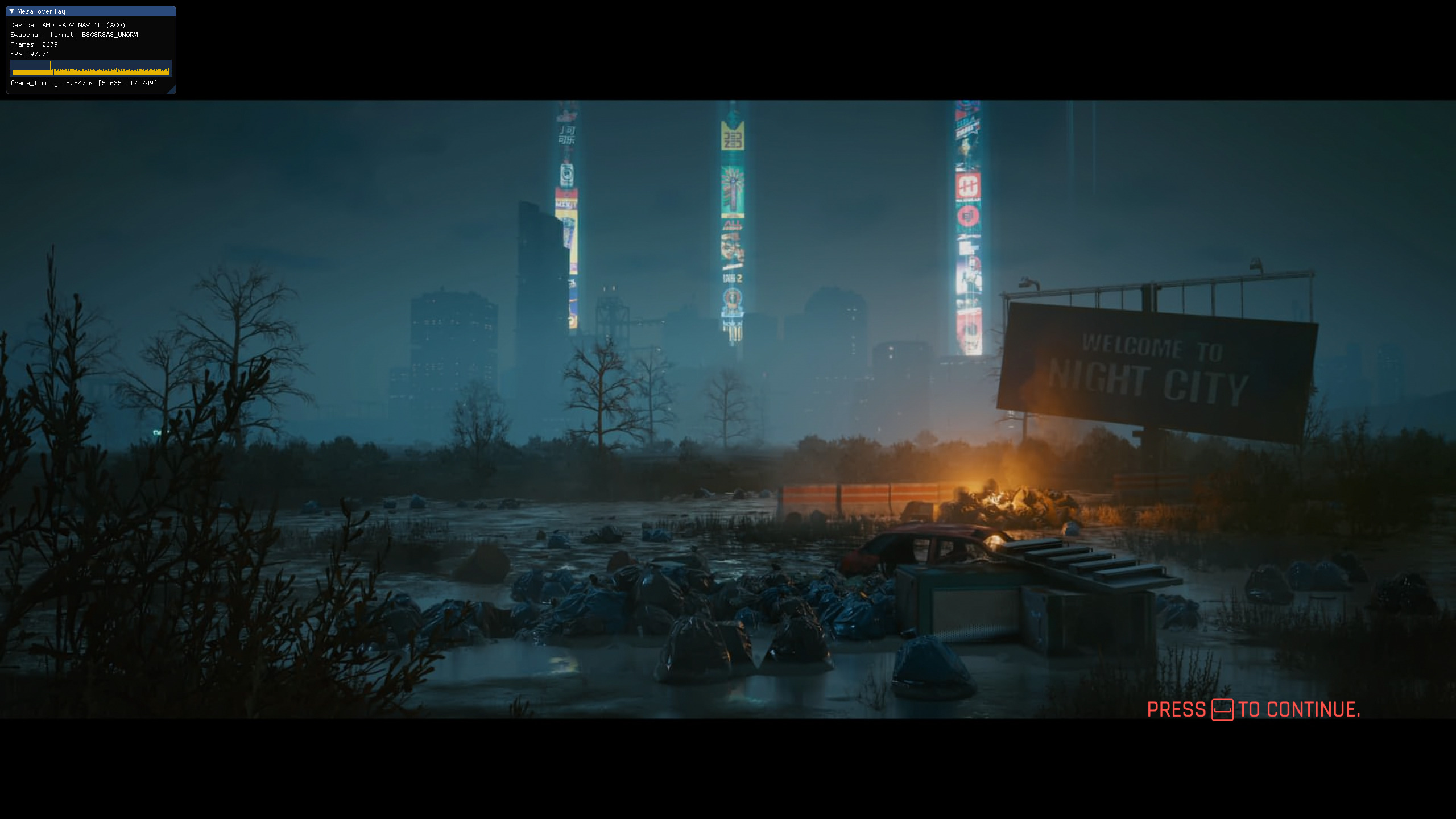 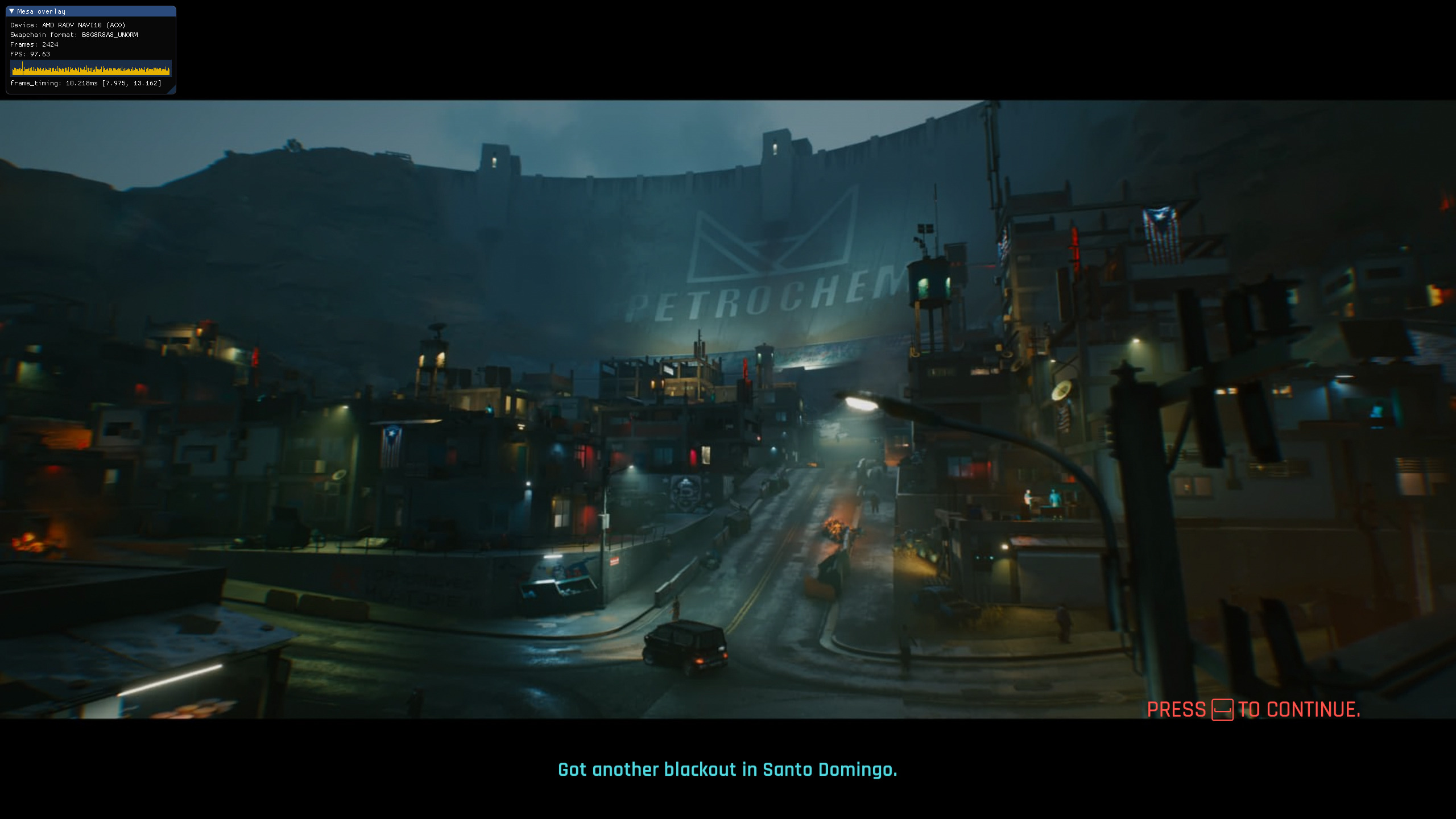 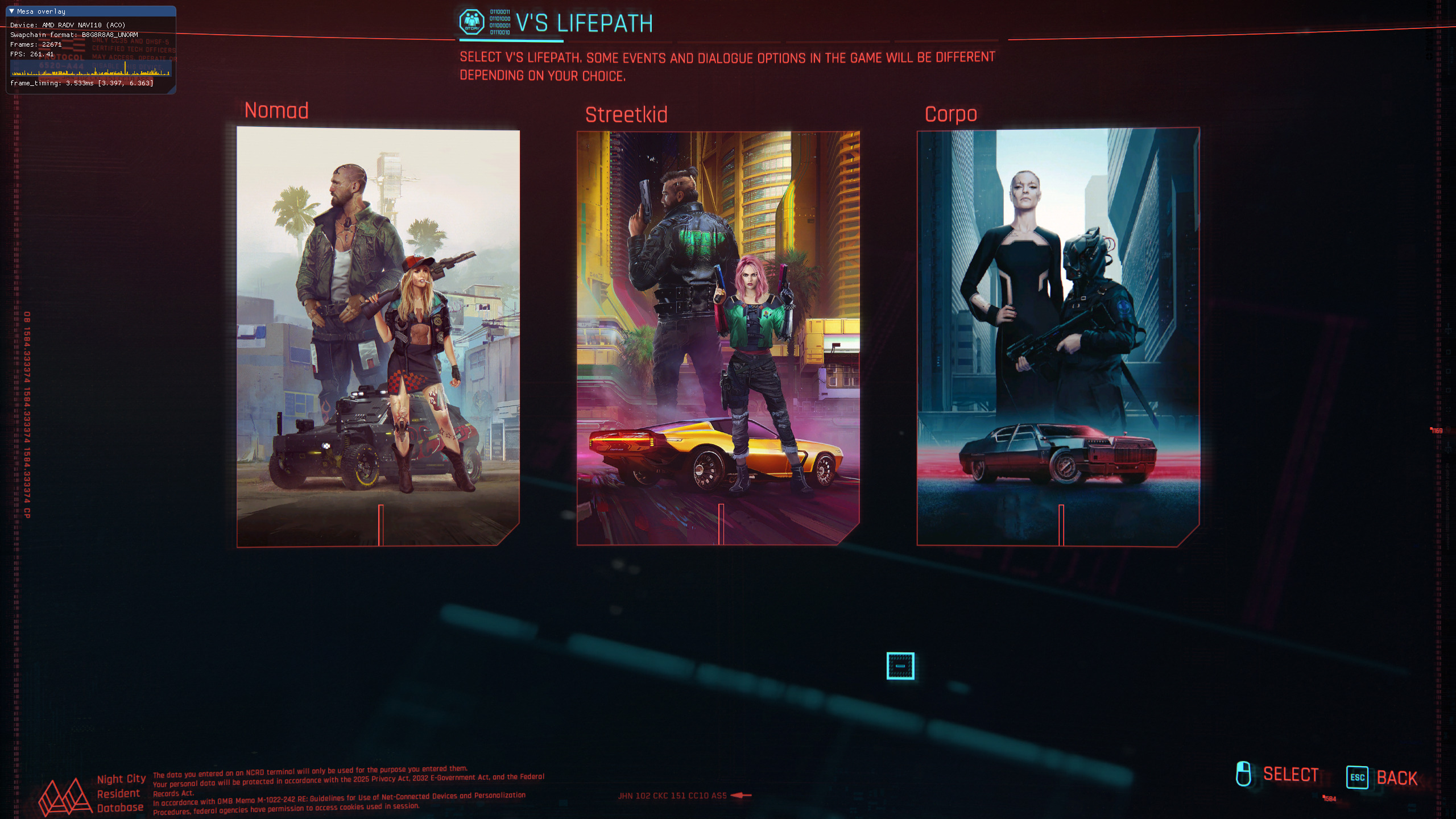 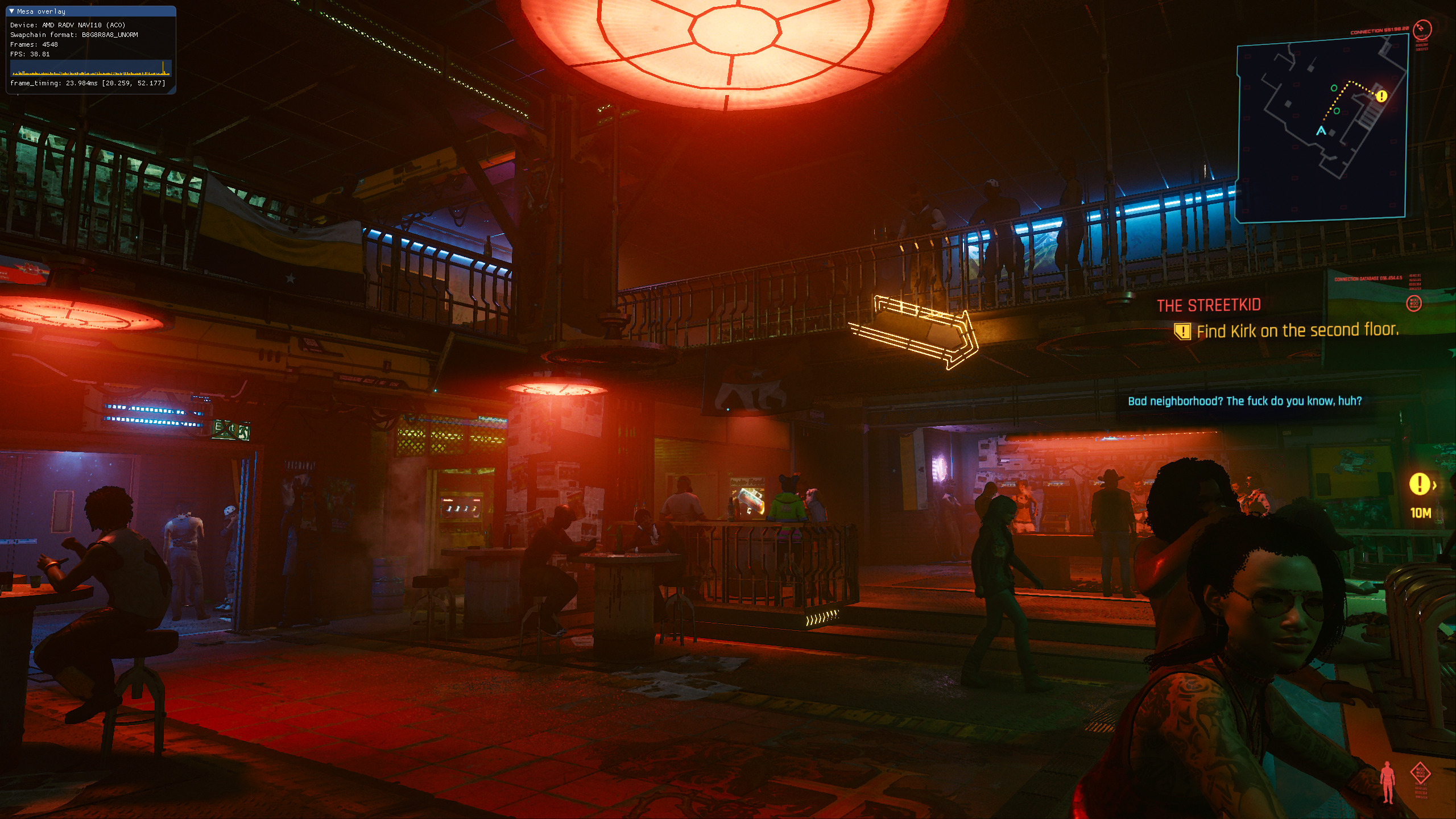 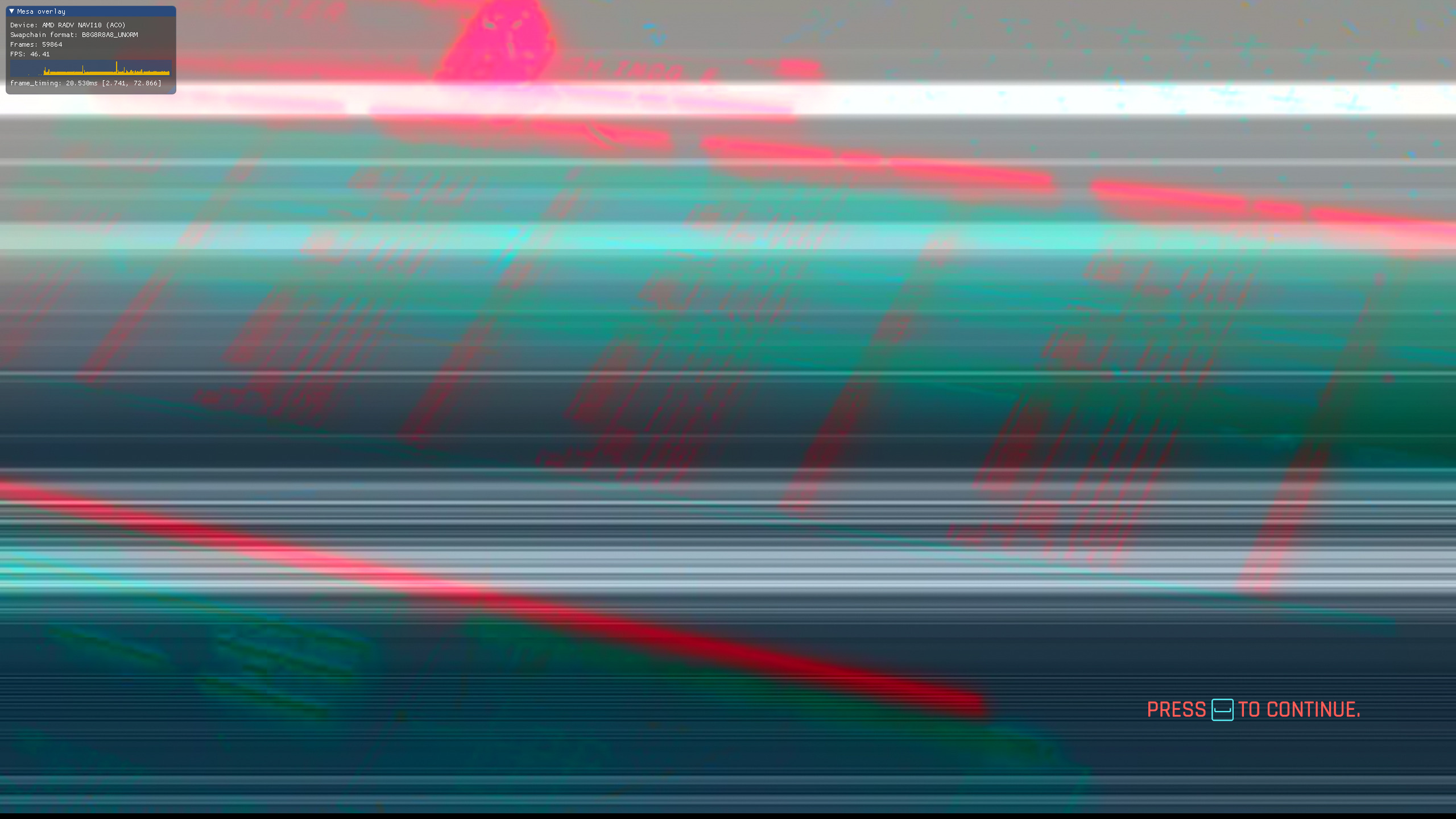 There are still some graphical glitches (like blinking black things and etc.). So things aren't perfect yet.

Quoting: TheRiddickThat is odd, not sure why its 104GB for you, pretty sure mines up to date, maybe what happened is you downloaded something extra?

Nothing extra, straight download from GOG. It is weird that it's so huge while the game is 60 GB. May be it's languages like above.

View PC info
The game is still too buggy to play for too long. Definitely some vkd3d-proton bug reporting to do there. But it's a good start!

Quoting: ShmerlNothing extra, straight download from GOG. It is weird that it's so huge while the game is 60 GB. May be it's languages like above.

I've read there was a 50gb patch, maybe you downloaded the game, they released the patch during download and you ended up needing to download another 50gb.

Quoting: TheRiddickI've read there was a 50gb patch, maybe you downloaded the game, they released the patch during download and you ended up needing to download another 50gb.

GOG provide static installers, and files are all the same version. Installed game is OK (60 GB), but 100 GB of the installer is puzzling. Unless they bundled the game and a patch in it, instead of just a patched game? That would be weird.

Just to give an idea how it can be done:

Quoting: rustybroomhandleWondering what the specific missing features are in the Nvidia driver preventing this from working.

Amusingly, Assassin's Creed: Valhalla with vkd3d works on Nvidia but not AMD.

This extension is needed.

Currently only implemented on RADV.

Any at least a ballpark ETA on when can we expect Nvidia to catch up? I haven't really been interested in playing a day 0 release before so I have no experience or data on this.

No ETA on that i'm afraid.
0 Likes

Quoting: LinuxwarperFirst off, any developer tries to make their game work on Linux through Proton is not against Linux. Regardless of how many people has wished for GOG Galaxy and Cyberpunk natively, you can't deny the market share. It's not enough to sustain native development of the scale that Cyberpunk is.

They did all the work to make a native version of the scale of Cyberpunk 2077 already: they developed it for Debian using Vulkan. They just won't sell it to us.

Developers should be rewarded for their support of Linux gaming, but CDPR haven't given any. Quite the opposite, in fact.
18 Likes, Who?
« 1«8/26»
While you're here, please consider supporting GamingOnLinux on: