Love twin-stick shooters? Need a fresh modern take on retro classics with plenty of upgrades? Glitchangels is pretty much all you need and it's fantastic. Note: key from the publisher.

Developed by Pumpkin Games with a little publishing help from Puppygames, this is true fast-paced twin-stick arcade shooting at it's finest. However, it's not as basic as that. Glitchangels is all about the upgrades and there's a lot of them to go through as you blast through level after level of enemy hordes. It's pretty clever in what it does with the minimalist style too, including the fancy glitch effects. 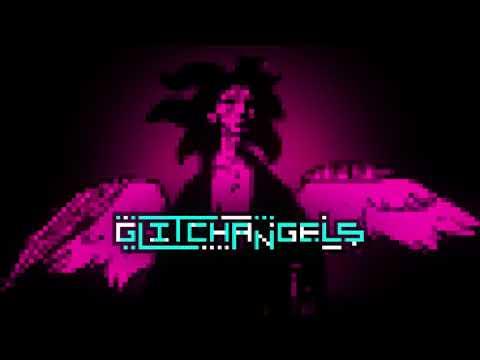 Starting off nice and slow to teach you the ropes, it doesn't take long before you're glitch-deep in enemy territory facing off against lots of varied enemy types. It gets fun - really fun, frantatic as hell too as you're running around zipping through enemies with your various abilities.

What makes it exciting are the different Glitchangels you have access to at any time, as you can simply tap a button to switch between them and then have access to their weapons and abilities. You will need to do this quite often too, especially when you die as you then get to rewind time a little to pick a place you think you're safe enough to dive instantly back into the action. That is probably my most appreciated feature here, because I died a lot and often embarrassingly so too as I'm so focused on everything coming at me that I miss an enemy sneaking up behind me and —pop, i'm dead. Time to rewind, pick a different Glitchangel and spawn back a second or three to where I can turn around and blast that sneakily little devil. 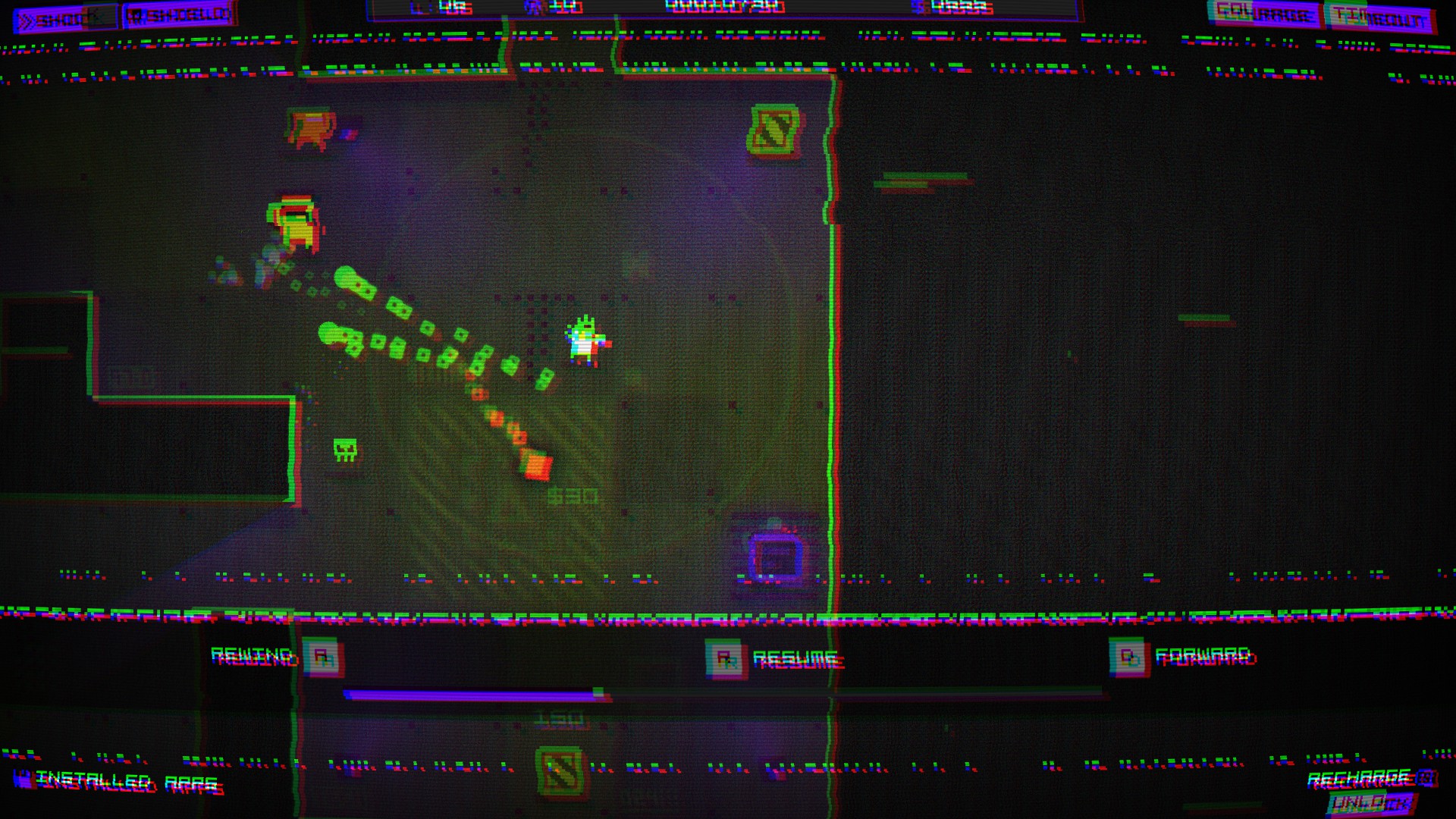 Part of the reason you're going to die often though is how the game rewards you. Want more cash? Get closer, much closer. If you destroy enemies closer, you're going to earn more money towards upgrades. After each level, you then get to pick through the usual sort like firing faster, a more powerful weapon, increased range and more.

Additionally though, you also get special Glitches. These are more unique powerups on top of the normal stat boosters to make it even more entertaining. It spins through a bunch that you need to try and click for the one you want. 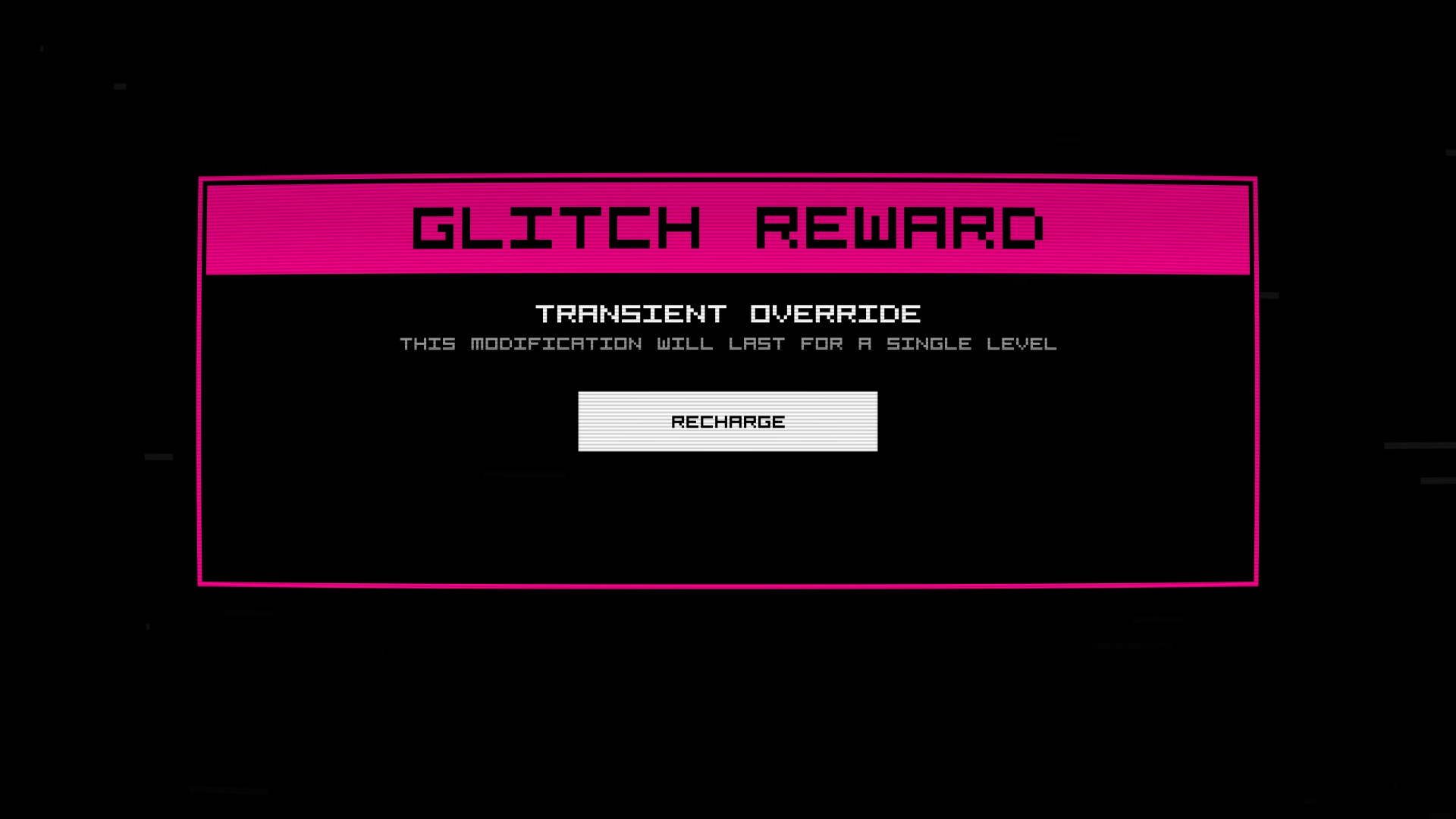 If you do prefer your game to be a little less retro, you can disable the CRT effects in the settings to get a bit of a cleaner screen but I think it looks pretty great with it on. Some games add in these retro style effects which feel a bit like making up for a lack of actual style but in Glitchangels it fits the theme perfectly.

Overall, Glitchangels is pretty much perfect as a retro-fuelled arcade action shooter that's easily repeatable and enjoyable thanks to the masses of upgrades and the extra abilities on top of different characters to switch between. Challenging once you get further into it and leaves you with that satisfying feeling of needing to play through more.

You can buy it on Steam now and you definitely should.