Lenna's Inception is a top-down Zelda-like action-adventure game with a world that is glitching, with a style that can switch between 8-bit and 32-bit pixel art styles.

It's now been available for a year so Tom Coxon of Bytten Studio has written up a postmortem for how it went, and it was a thoroughly interesting read. First, a refresher on who they are. Bytten Studio was initially just Tom Coxon who previously worked for Chucklefish on titles like Starbound and the multiplayer for Stardew Valley, Coxon was later joined by Jay Baylis who also worked for Chucklefish in the past on titles like Starbound and Wargroove. 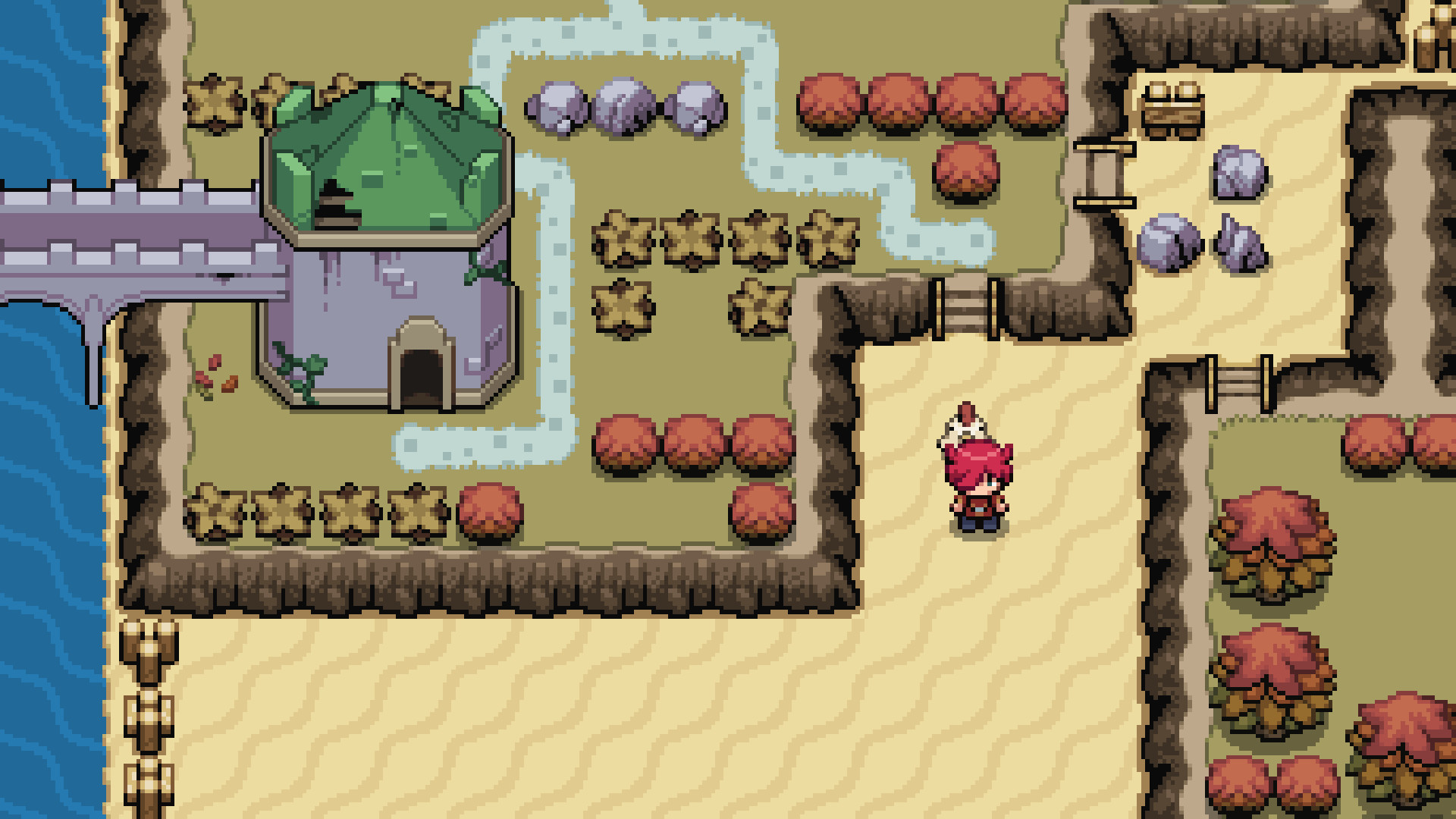 To date they've managed to sell 6,800 across itch.io and Steam which isn't a lot for an entire year. However, it's well above average going by the 2019 numbers that Mike Rose of No More Robots put together. Game development for indies is clearly tough and most will likely need a part-time job to ensure they can keep going, something Coxon points out in the Lenna's Inception postmortem.

So above average sales, and thankfully the reception was good overall and on Steam right now it's sat on a "Very Positive".

What's interesting for us here is that 5% of the sales were from Linux, which is again (like sales for indies) higher than the average and higher than the current Linux user share on Steam (see our Steam Tracker). Not only that, 22% of their sales were from the itch.io store too so that's a reasonable chunk and certainly not to be ignored. Here's what they said about the Linux stats:

Also of note is that 5% of copies were bought by Linux users, which is a lot more than the average for games on Steam. I think this comes down to several factors:

I did all the coding for Lenna’s Inception on Linux (I like a good terminal), so officially supporting the platform has been almost free. Linux gamers are also very good at fixing your bugs for you!

The figure for Mac was a lot lower: .8%. Most likely because we dropped official Mac support prior to release because continuing to support it became a huge burden.

So the Linux version sold approximately 340 copies which at their normal price of £7.19 that would be somewhere around £2,444.6 (it went on sale once previously, so likely a bit lower). For a small indie developer, that can make all the difference.

Interestingly, they gave purchasers of the massive Bundle for Racial Justice and Equality on itch.io a copy of Lenna's Inception too so a further eighty thousand people have a copy of it. This had a fun side-effect, which seemed to actually boost their sales shortly after on Steam.

Concluding the postmortem: sadly overall Lenna's Inception was not a commercial success but valuable lessons have been learned from developing and marketing it. Oh and Coxon said "Don't sleep on Linux, itch.io, consoles or localisation. They’re important!".

You can buy Lenna's Inception on itch.io and Steam.

Bytten Studio are currently working on Cassette Beasts, an open-world monster catching RPG built with the free and open source Godot Engine and they will be continuing Linux support with it.

I am the owner of GamingOnLinux. After discovering Linux back in the days of Mandrake in 2003, I constantly came back to check on the progress of Linux until Ubuntu appeared on the scene and it helped me to really love it. You can reach me easily by emailing GamingOnLinux directly.
See more from me
Some you may have missed, popular articles from the last month:
37 comments
Page: 1/4»
☆ Promoted Comments

Hey everyone, dev here! Thanks for the bug reports related to the crash on launch! I'm currently testing a fix on the 'beta' branch of the game on Steam. Since the bug doesn't seem to affect my OS version and hardware, I'd appreciate it if you could let me know whether switching to the 'beta' branch helps or not. Once I've ascertained the bug is fixed, the patch will roll out on itch.io too.

EDIT: If you're still experiencing the crash, an apparent workaround is to add this to the launch-config.json file in the install directory:

Quoting: micke1mJust bought it now, the game just crashes instantly for me on Arch.

View PC info
Cool, I didn't realize this was for sale yet, grabbed a copy for a Linux friend who I think will be stoked on this.

Launching a game reminds me of building a fire, you want to get enough gamer engagement & positive reviews as you can to get the blaze going to snowball. Linux gamers are great at that whole "network effect" thing -- I can't tell you how many copies of Terraria or other games I've bought people some of whom only use Linux occasionally, actually at the time got a bunch of kids in school to start playing too (same w/ Starbound).

Once again the numbers point to us being a modestly big enough piece of the pie to notice. I mean I sure as hell wouldn't throw out a pie with 7 of the 8 slices eaten,

Or like bake some bread and be like "well I added 7 of the 8 ingredients -- I dunno if I like this yeast stuff so I'm gonna leave it out."

This game looks epic, super stoked to see what it's about and only $5 atm, not bad at all.

2fastHunter 18 Jan, 2021
View PC info
So the problem here seems to be marketing, when there are instant buys under this article ;)
I've got my copy within the 'epic bundle' on itch.io. But there was Battletech included too, which keeps me busy playing till today...
But Lenna's Inception is on top of my pile of shame. So i will play it sooooooon :D
0 Likes

Sonata 18 Jan, 2021
View PC info
Glad to hear that from Bytten Studio. Too bad it wasn't a commercial success because it's really well done! I really loved the game, bought it in the itch bundle and then again on steam because i enjoyed it a lot. Can only recommend it - the first "Zelda" game i ever enjoyed :P

View PC info
I was interested in this game, until I read that the maps are randomly generated. I might buy anyway to support a Linux developer.

I really miss more indie games with gameplay like The Minish Cap and Castle Crashers
1 Likes, Who?

View PC info
So the solution here is that game devs should be nicer to Liam, and they've found the road to success.
8 Likes, Who?

View PC info
I almost skipped right past this article because the game just looks like something I wouldn't be interested in, but I didn't understand what the headline meant by "not to sleep on Linux." So I read the article and I'm so glad I did! Everything he said was so affirming, especially where he said, "I do think that ... Linux gamers, ... often get ignored or lied to by larger studios," I all but jumped up, fist pumping the air and shouting "YES! YES! I AM A REAL BOY!!" I'm not sure why, exactly, but I was really happy.

It turns out that I already own this as a part of the Racial Justice and Equality bundle, and watching the video, I've decided I'll give it a try after-all. Wait --- y'know what? I'm gonna just go buy it at Steam right now, give this guy some money just for the things he said.

I'm still not sure what it means "not to sleep on Linux," though.