Love your turn-based tactics, party building, amusing conversations and plenty of adventuring? Guildmaster: Gratuitous Subtitle from Jim Makes Games released back in December and it's genuinely good. Note: key sent by the developer.

The developer mentioned to us that they were "inspired by gameplay from games such as Darkest Dungeon and X-Com" but the "true soul of the game is the irreverent humour in the tradition of Monkey Island and Monty Python". It doesn't disappoint on any side of it and has been a genuine delight. 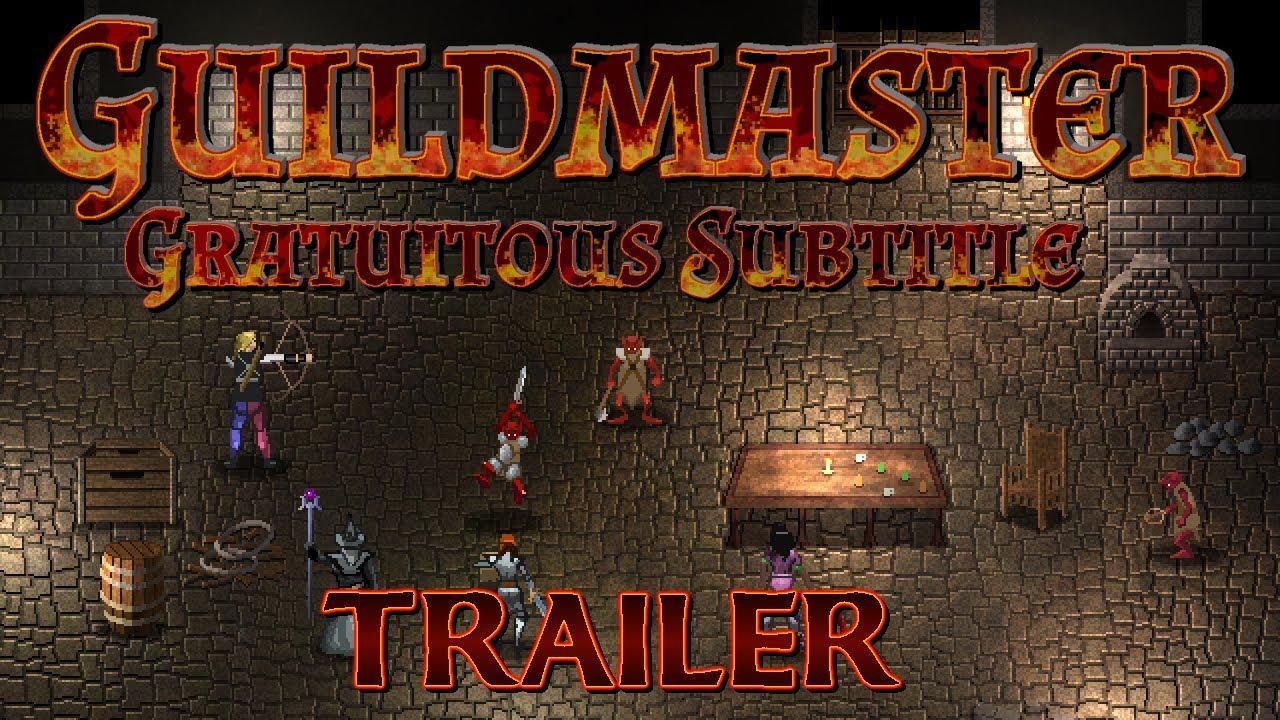 Graphically it doesn't look like much, and you could easily keep on clicking past it. It does make up for that though in the gameplay and overall atmosphere thanks to fully playing into the humour. Don't let that fool you though, there's a challenging game beneath the laughs that will keep your focus too.

In Guildmaster: Gratuitous Subtitle you are a Guild Master, who guides newly recruited heroes on a series of quests in tactical turn-based combat. For each quest, you choose four heroes and teleport them directly into battle, where you use their various abilities in tandem to defeat enemies with different strengths and weaknesses. The Guildmaster and the heroes level up, gain more powerful abilities, and face increasingly difficult quests as the game progresses.

The developer mentions how it's their first commercial game and that it "yearns to be played by those tired of straight-laced fantasy adventures. It calls out to gamers who don’t take themselves or the game too seriously, while also enjoying challenging tactical gameplay".

Quirky, fun, plenty of party customization and lots of battles. What more can you ask for?

You can find it now on Steam.

View PC info
I played a fantasy village builder on Android years ago and this game has very similar vibes. Build the village up, attract heroes, outfit and send them off. They come back with treasure, spend it in your taverns, and buy better kit. It's really compulsive stuff.

I didn't realise this was released. It'll be my next purchase once I get through Wasteland 3.
0 Likes
ronnoc 8 Jan

View PC info
While I might be inclined to pass this up myself, if the humor is that on points and then I will definitely have to give it a go. I am always a sucker for irreverence humor

0 Likes
Purple Library Guy 8 Jan
I dunno about the name. "Guildmaster" is OK, but that subtitle seems really gratuitous.
1 Likes, Who?
While you're here, please consider supporting GamingOnLinux on: