After releasing in late 2020, the monster battling metroidvania mix in Monster Sanctuary was quite a highlight and it's getting bigger and better this year. Moi Rai Games have released a roadmap of their plans and it's quite exciting.

Naturally after any game is released that saw some attention, they've been given plenty of feedback from players. Seems it went well overall though as they said it was "quite a successful launch". The first update will be coming with two additional difficulty settings with "Casual" and "Master" to appeal to more players, with the ability to switch as you like during the game.

On top of that they're adding in a New Game+ mode where you get to keep your existing monster crew, for players who want that extra challenge. The online battle mode will also see some matchmaking improvements, like allowing direct challenges to your Steam friends.

Not seen it before? Check out the trailer: 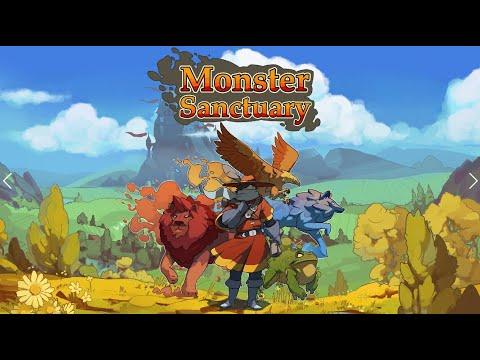 As for what will come after this big 1.1 update? Lots more is planned and this is where it gets even more interesting. We can look forward to player customization, improvements to the minimap, speedrun options, various quality of life improvements to come too like:

Sounds great. Monster Sanctuary is already a lot of fun as a finished game but this all makes it sound like it's going to be worth playing through again.

View PC info
If you're on the fence, there is Linux demo available.
0 Likes

View PC info
Sounds like some good updates, looking forward to it.
0 Likes
While you're here, please consider supporting GamingOnLinux on: