From the creators of STASIS, CAYNE, and BEAUTIFUL DESOLATION - The Brotherhood have announced their next adventure with STASIS: BONE TOTEM.

"STASIS: BONE TOTEM is a thrilling and spine-tingling journey into the unknown fathoms of the icy ocean and the terrors that await a family. They will uncover a threat far beyond their wildest dreams.

Salvaging duo, Charlie and Mac scour the ocean for a living. They hit the motherload and come across DEEPSEA 15; A seemingly abandoned Cayne Corporation rig in the middle of the Pacific Ocean." 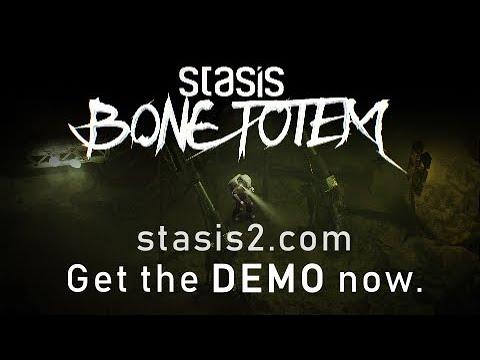 Due for release in early 2022, it's a while away yet and they're currently crowdfunding it on their own website which seems to have launched back in November 2020. So far they've managed to raise over $28K.

As for continued Linux support? That's confirmed. Writing on Steam, one of the team mentioned clearly that it will happen but not at day-1. Linux and macOS will follow after Windows once they've all been tested enough, which is what they did with BEAUTIFUL DESOLATION.

View PC info
Anyone knows what happen to the Linux version of STASIS?
Why it never got released on GOG?
1 Likes, Who?

View PC info
This reminded me that I was going to buy Beautiful Desolation! Nice - downloading now. I bought CAYNE as well, since it was pretty cheap, but STASIS had no Linux support, so I skipped that one.
1 Likes, Who?

It's in the beta branch on Steam, or at least it was when I played the game last year. But yeah, no idea why it never was released on GOG...
1 Likes, Who?

It's in the beta branch on Steam, or at least it was when I played the game last year. But yeah, no idea why it never was released on GOG...

If it's not advertised with Linux support, then (beta or not) I'll avoid unless it's a game that I want to support for some other reason.

Just played 25 minutes of CAYNE and it's really not my scene. I skipped through a YT playthrough to satisfy my curiosity, and I'm glad I did. Old school point-n-click, with a horribly clunky hunt-the-interactive-thing mechanic. Glad I avoided wasting my time on it.

Time to try out Desolation.
0 Likes

View PC info
Nice! When I asked about Linux support on twitter in November, it wasn't 100%.
1 Likes, Who?

Quoting: CorbenNice! When I asked about Linux support on twitter in November, it wasn't 100%.

Yep, glad to see they are comitting to it at last.
1 Likes, Who?

Quoting: scaineThis reminded me that I was going to buy Beautiful Desolation! Nice - downloading now. I bought CAYNE as well, since it was pretty cheap, but STASIS had no Linux support, so I skipped that one.

CAYNE was pretty cheap indeed. It costs all of nothing. The Brotherhood thanks you for you support

Stasis is pretty much the same thing (which I personally like). The Linux version had a few issues (only one major when I played it). At least the major one got fixed, but I suppose they didn't feel comfortable announcing it properly. For their other games they switched from Visionaire to Unity.

Since I do a good point and click every once in a while, I'll be getting it as soon as it comes to Linux.
0 Likes

View PC info
The demo seems to run fine on Proton. Will definitely be getting the full release as I do enjoy The Brotherhood games.

Quoting: scaineTime to try out Desolation.

If you didn't like the others then you won't like BD!
0 Likes
While you're here, please consider supporting GamingOnLinux on: